I Couldn't Make This Up
Odyssey

I Couldn't Make This Up

Stories from working in the food business. 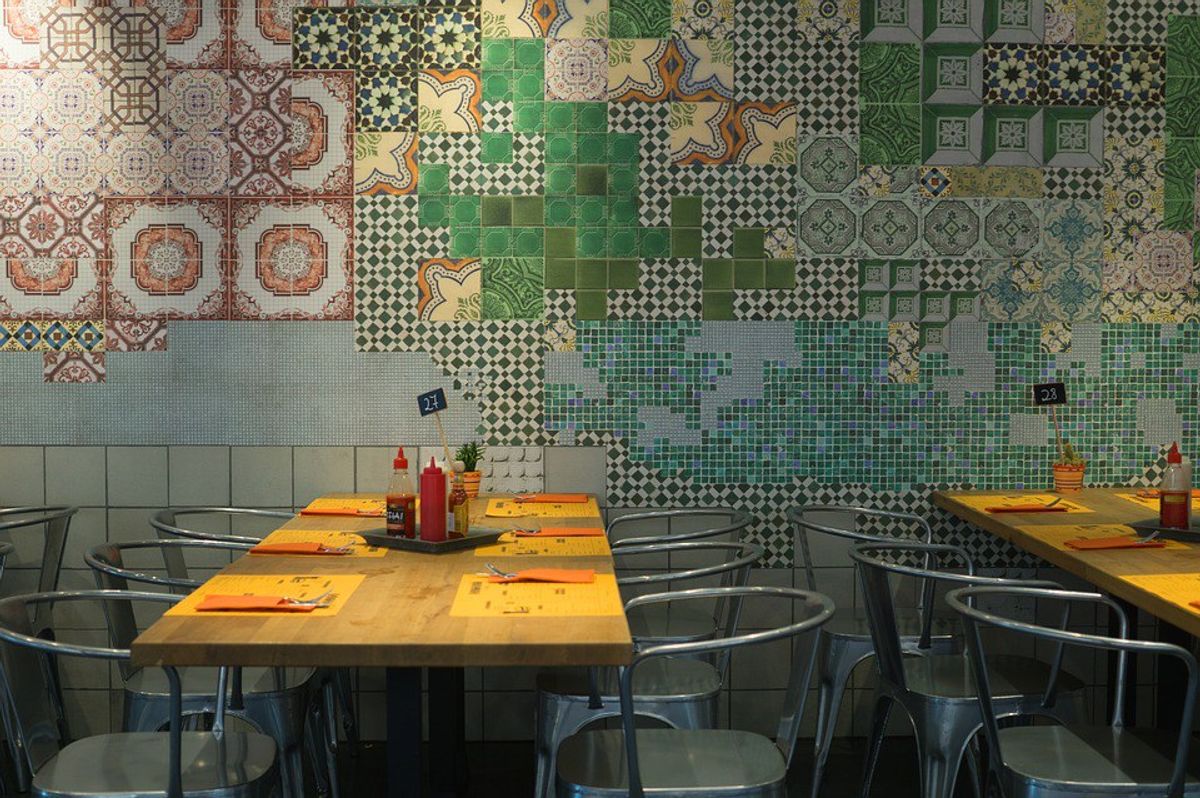 For five years, I have only worked in restaurants. I always tell people that you don’t respect yourself if you work in the food business (jokingly of course). However, my jobs have shown me all walks of life. I have gained a better understanding of people and even became a better speaker through my line of work. With this understanding came a plethora of stories and experiences that I promise you I did not make up.

Of course I can’t accurately cover every story or experience I had while working. However, I can list a few favorites. So without further ado, here are some recollections of work stories.

While working at a taco joint, I was both a cashier and busser. I was working the register one day when a group of young individuals came in. They were rather high, and the munchies were setting in. One gentlemen was wearing a Santa hat but it was not even near Christmas. They all made their way to the front of the line, eager to order a tray full of tacos.

I must say, I had never seen a more enthusiastic group of people who desperately wanted tacos. Their glazed looks were all I needed to explain the Santa hat and abundance of tacos. They ordered, found a table and dug into their food. After a given amount of time, they got up and left. However, the gentlemen wearing the Santa hat left it in the booth. How was he to go about the rest of his routine without his fashionable holiday headgear?

My boss regrettably picks up the hat, walks outside where the group is now smoking cigarettes and hands the gentlemen his hat. The guy looks up at my boss and says, “Thanks man. Merry Christmas.” My boss responds dryly with, “Uhh, it’s August.” He walks back inside, eyes faced downwards while shaking his head. This group was probably one of my favorites to ever enter the building.

Still slinging tacos at the taco joint and I have just clocked in. I pull out my stepping block so I could properly see over the counter (it was rather tall and I am rather short). The sun shines in through the windows and practically blinds me. I wait for a tall stranger to save the day and block the sun for me and lo and behold a cop walks in. His radio is going off as he strolls up to the counter. I ask how he is doing and proceed to take his orders.

After placing his order, he stands there on his phone, waiting for his food to come out. For some reason, when I think of cops, my first thought is 10-4. That is police jargon for ‘yes, I understand.’ So I mumble it to myself, hoping he wouldn’t hear. However, he did. My face turns bright red and I just wish the sun would crash through the building. He simply laughs at me and responds with, “10-4.” He nods his head in approval, grabs his food and goes about his day. To this day, I will never forget my favorite encounter with a policeman.

Flash forward to my current job. It is a popping pizza place, and the phones are going crazy. An average phone call can last anywhere from three to five minutes, if it is an easy order. The next phone call to come in is one I wasn’t prepared for and I don’t think any amount of training would help. This woman, who is barely audible, wants to order ravioli. However, we do not sell that. She becomes very upset after hearing that and proceeds to tell me she has taken a lot of pain meds, because she just recently had back surgery.

At this point, I am at a loss for words. I just try to continue on with her order, but she won’t respond. After I finally get her to respond, she tells me that she is also partially deaf. Why she is ordering a pizza at this point, I may never know. Maybe it is because her 6-foot-tall husband broke both of his arms and can’t pick up a phone. I think to myself that he isn’t trying hard enough but decide not to say anything (she probably wouldn’t hear me anyway).

I recommend that she order the Cheese Manicotti, hoping that will suffice for her order. She agrees to order that, but asks for us to cut it for her because she doesn’t know how. At this point, nothing she says surprises me. I tell her we can cut it for her, and she just responds by giggling and expressing to me her deep and sincere love for Cheese Manicotti. The majority of the phone call was just her saying, “I sure do love Cheese Manicotti.” I tell her I do as well and ask how she would like to pay for the order.

I have to ask her this question for, I kid you not, five solid minutes. I get so frustrated that I put her on hold and ask my manager how to go about this. He just says to tell her the price and the delivery person will be there shortly. I take his advice and ended the ten-minute-long conversation.

About 15 minutes pass, and the phone begins to ring. I stop dead in my tracks, turning slowly towards the phone. I pick up the phone, my hands shaking in fear. I say, “Thank you for calling. Will this be for delivery or pick up?” The voice on the other end of the call was none other than the Cheese Manicotti woman. She asks me if they are going to cut her Manicotti for her and begins to tell me of her love for Manicotti. I drop to my knees and shake my fists at the ceiling, asking God to end my torture. Five minutes pass and I am so done with this woman and stupid Cheese Manicotti.

Caitlin Marie Grimes
University of South Florida
1784
Beyond The States