After overnight fame, following his on/off the track beef with fellow competitor, Denny Hamlin, NASCAR Cup Series driver Corey LaJoie's podcast, Sunday Money, is one of the few podcasts in the sport that hasn't been bought by either the sport, of a TV network. 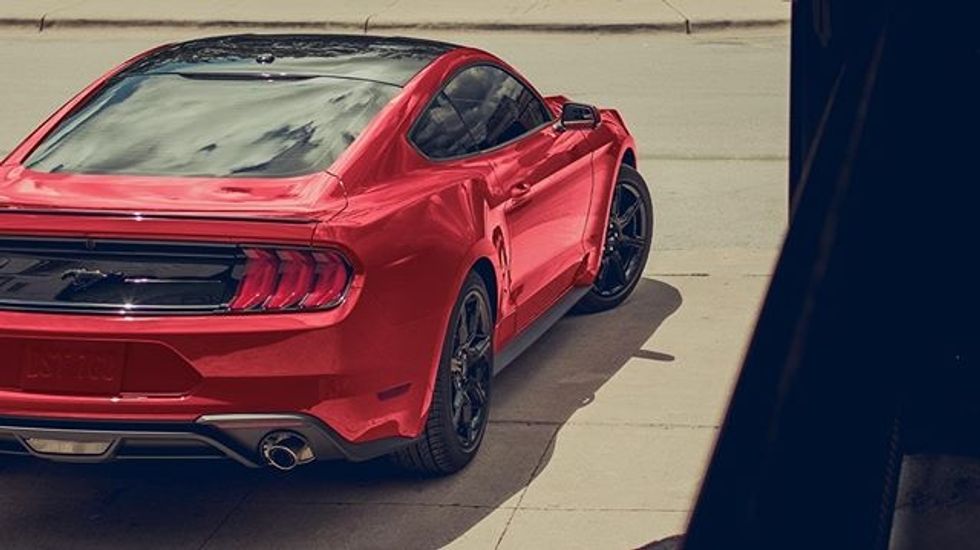 While Corey LaJoie may drive for Go Fas Racing, one of NASCAR's underfunded teams, he has made a name for himself with his personality which is highlighted on his podcast Sunday Money. Along side LaJoie are former FOX Sports personality, Daryl Motte, and current MRN producer, and Corey's high school classmate, Lauren Fox. The three of them talk all things racing, pop-culture, and what other's are saying about Corey. The show has had guest one from other drivers, Darrell Wallace Jr, Joey Logano, and Alex Bowman, to Corey's father Randy LaJoie, who is a two time NASCAR Xfinity Series champion. If you ever go the races, and see one of the three they are always free to talk about the show, but NEVER talk to Daryl about rival podcast Glass Case of Emotion,

9. The One with Randy LaJoie

8. Sunday Money-The one with Joey Logano

7. The one about Corey finishing 12th, Austin tapping out and firesuit stains

6. The One After Virtual Dega With The Tea

5. The One With Bubba Martinsville and Blaney's Halloween party

As many new fans are watching the sport, most of them have become fans of driver Darrell Wallace Jr, who is the only full-time African American driver in the sport.

While TV networks may say that other driver Ryan Blaney is Bubba's best friend, what about his high school classmates.

As Daryl takes another vacation, Bubba fills his place to tell stories about racing, how their respective races went at Martinsville the following week, and where Corey and Bubba's inside joke about "gas money" comes from.

Speaking of the aforementioned Ryan Blaney, both of whom are friends with Blaney, they talk about Blaney' annual Halloween party, and why Corey is going to have to miss it this year.

While Bubba has gotten a lot of press for his interview's with CNN, NBC, and Dale Earnhardt Jr.'s podcast, if you want to see what Bubba is like outside of the track, and his personality, this is the perfect episode for it.

One of the darkest episodes of Sunday Money comes following the 2020 Daytona 500.

Obviously, it is a touchy subject, because the crash was one of the worst in recent memory, and following the race it was a somber tone leaving the track.

To start the episode, Corey, Daryl, and Lauren talk about the pre race, where POTUS Donald Trump gave the command to start engines, and even made a celebratory pace lap in front of the field.

After "stalling" LaJoie talks about the wreck, and what happened from his point of view, when the crash happened, and addressed a viral picture where it looks like Corey was praying for Newman, but was actually in grave pain from the wreck, go and listen to find out what caused Corey's grave pain.

Corey addresses that Ryan Newman was able to walk of the hospital, and was going to make a full recovery, and plan to return to racing later in the season.

3. The One With Social Distancing

This one should've been named, The One Where We Find Out Corey Is A Real Person, because this episode comes days after Corey, and his wife Kelly give birth to their first child, Levi.

Corey goes into detail about his experiences of having a kid, there are some real shockers that I won't spoil, so go and listen to it.

Corey also talks about what it is like to have a kid during a worldwide pandemic, and how the stoppage of NASCAR, and the rest of the country might not be the worst thing in the world for him and his wife.

In one of the previous episodes, Corey states that he isn't the most compassionate person in the world, but explains how having a child, is something that has/will change his life forever for the better.

The three also discuss the future of the sport, as NASCAR had announced that all races through May 3rd were going to postponed until further notice due to the worldwide pandemic.

2. The One with the Cooked Beef

As of writing, the most recent Sunday Money episode, and boy it was a juicy one, Corey LaJoie, who never shies away from beef, got into a virtual altercation with fellow driver Denny Hamlin, where Hamlin called out LaJoie about not being in good enough shape to race for wins in NASCAR.

The next race, at Martinsville Speedway, LaJoie, who driving an old paint scheme, which had his face on it, but his face was wearing a protective masks, had one of his best runs of the season up to this race, where he finished 18th.

What made LaJoie make another show on the fly, was that Corey, who drives for Go Fas Racing, a team that normally runs from 28th-32nd place, passed the aforementioned Denny Hamlin, who drives for Joe Gibbs Racing, the same team that race winner, Martin Truex Jr., drives for.

In the episode, LaJoie calls out Hamlin for whining throughout the race about how bad his car is, and what really went on when LaJoie stayed out during a caution, trapping Hamlin, along with others a lap down.

After the beef is cooked very well done, LaJoie and the crew talk about the news going around the sport, as NASCAR looks to be more inclusive for everyone.

1. The One About Grace

After NASCAR returned to one of Corey's favorite tracks on the schedule, Bristol Motor Speedway, in Bristol, TN, Corey talks with Daryl, and Lauren about his race.

Along with his continuing fuel pump problem, which has plagued in 2 of the 4 races since NASCAR's return following COVID-19.

When the show usually raps up, Corey announces that he, Daryl, and after a short break, Lauren, will have a conversation with Chip Ganassi Racing pit crew coach, Mike Metcalf about the issues that are surrounding the country.

During the conversation, Metcalf opens up about some struggles he has faced entering the sport, and his relationship with former Chip Ganassi Racing driver, Kyle Larson, who was released from the team following a racial slur during a live iRacing event.

While Corey and the gang like to keep the show lighthearted, he understood that there are somethings in the world more important than cars racing in circles, and showed a great interest in learning more about he can be a better person in his life.