Sometimes, things land in different hands... but not necessarily the wrong ones. 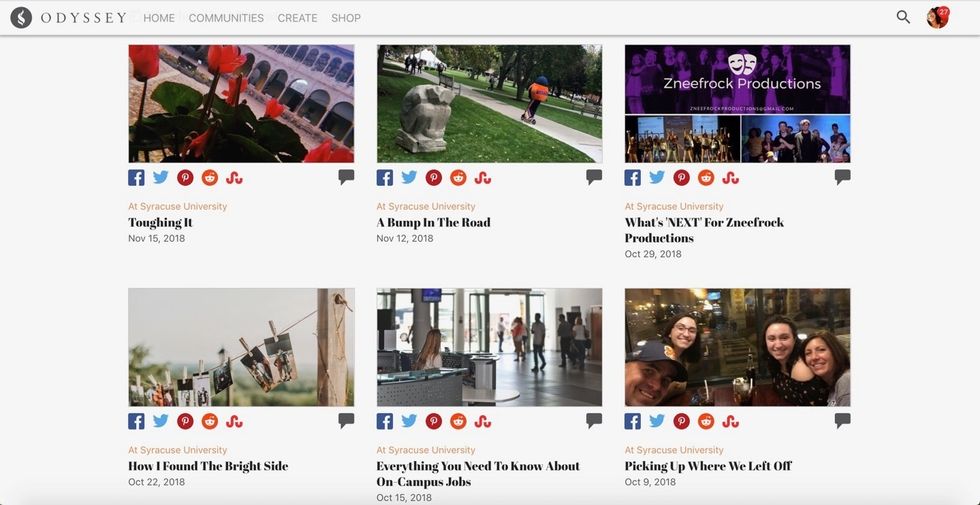 I am a public relations major and am currently in an introductory course called COM107: Communications and Society. In today's class, we discussed the term "context collapse." This means that something sent out to the masses either landed wrong or was taken in by the wrong audience. The media sent out may be taken out of social context and interpreted differently.

That lecture really got me thinking. I've lost count of the number of times I've seen this happen. I've seen it burn some serious bridges, and mess up a lot of things for a lot of people. But that's not where I'm going with this. I want to take a more positive stance on context collapse.

In using your voice, the person or people you intend to reach may not be who actually pay attention. But those who do listen may shock you. You may impact someone in a way that you didn't foresee, and the results may be incredible. It can lead to addressing a lot of things that were left unsaid. It may answer a lot of questions you didn't even know needed to be answered.

It may result in the closure that you didn't realize you needed.

That is precisely what happened to me.

Although I make my content intentionally vague, it's no secret that I write about what's going on in my day-to-day life. Any writer would do the same. But in receiving feedback, it's become apparent that my articles have served more purposes than I'd originally intended. They've resonated with people in ways that I hadn't dreamed of.

For example, I was recently contacted by someone who had read something I'd written, and he told me about how my take on things resonated with him. The article had nothing to do with him, but he still took away a really important message from it. This led to a conversation that I didn't realize I needed to have.

So many things that had previously gone unsaid had finally reached the surface, and it was the most amazing breath of fresh air. I finally got the closure that I thought I already had, but actually still really needed.

I started out writing these articles thinking it'd be a fun thing to get myself involved in. It very quickly became so much more - it became an outlet. A source of comfort. A memory log. A coping mechanism. In writing out advice meant for others, I've figured out things for myself.

In reading what I've written out, I've often realized that I need to heed the advice I'm giving to others. This has helped me quite a lot down the road and still continues to do so.

I'd seen "context collapse" occur before, but never had a proper term for it. Context collapse can be scary, and it can mess a lot of things up royally, but it can also be beautiful. Something landing in different hands doesn't always mean it landed in the wrong ones. The result can provide answers, and eventually lead to closure. It can result in true honesty. Authenticity. Sincerity.