Confessions Of A Former Fat Girl

It's about to get real personal. 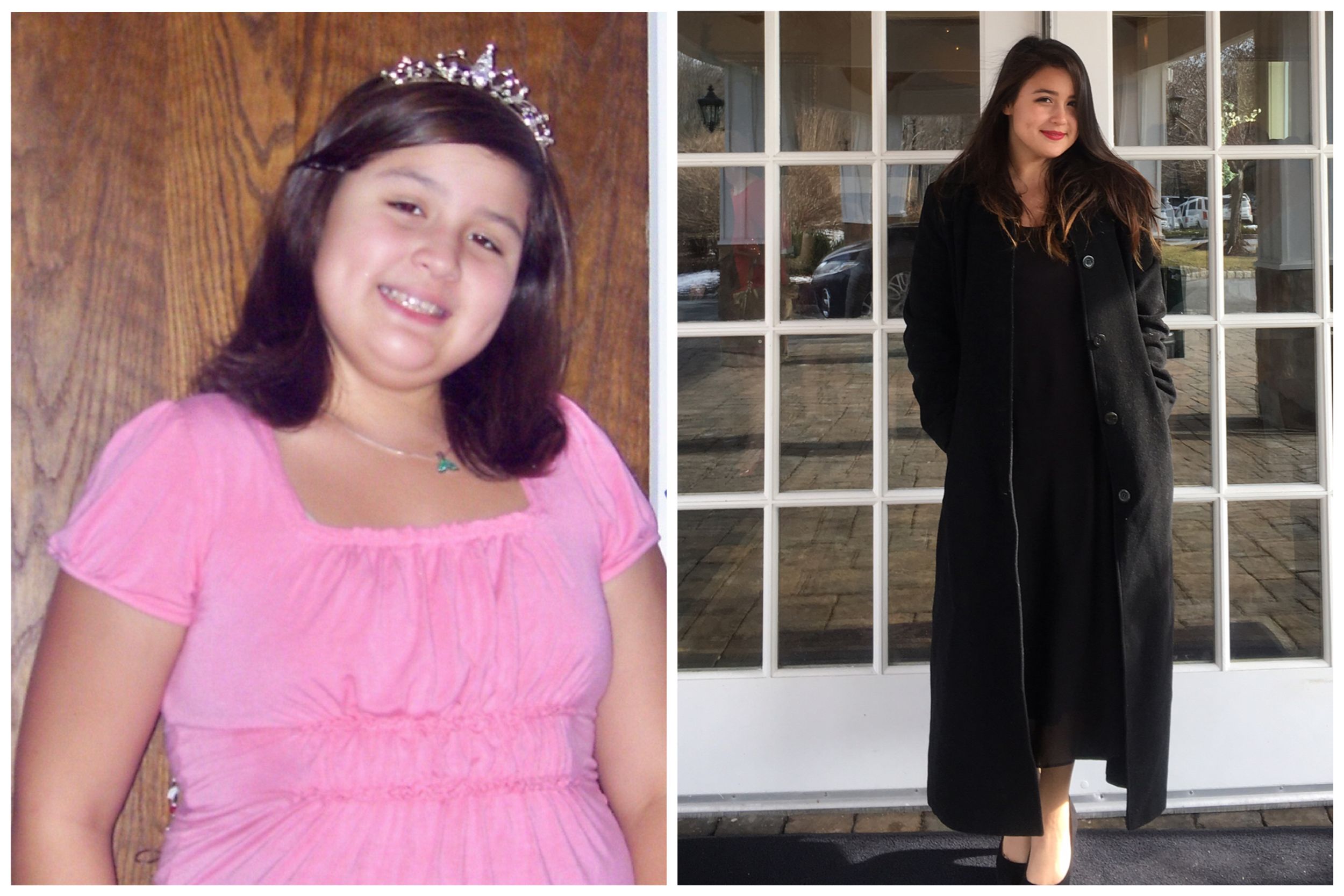 I used to be fat. Not the "oh she's so chubby and cute" fat. I'm talking about being a 180 pound, five foot two, 11-year-old fat. I always dreaded going to the doctor and I remember during one visit they weighed me and said I was borderline obese. That was basically my body throughout childhood.

Eventually, I lost the weight, healthily with the help of my parents, through good old-fashioned diet and exercise. Middle school was a big transitional period for me. I lost a few pounds each year but my big transformation was the summer between eighth grade and high school. I remember I stepped foot into my ninth grade homeroom and kids whom I'd known almost my entire life barely recognized me. At that point, I had lost almost 60 pounds in less than three years and grown two inches taller. I was no longer at risk of being obese but my body image issues had just begun.

I remember ninth grade being the first time I found myself attractive. Boys who used to make fun of me for being fat suddenly were hitting on me, which as you can image became extremely problematic mentally. More so I had this idea that to be beautiful you had to be thin. That dangerous mentality wasn't true back then, nor is it true now, but as a young 14 year-old-girl who suddenly got a bunch of positive attention from her new thin body, it seemed that there was no other way.

One of the many problems that began to develop is that I never thought I was thin enough. I constantly was trying to stay at my ideal weight and would take drastic action if I gained a pound or two. I refused to eat, or would only eat the tiniest portion until I got back to "normal."

At one point, I limited myself to eating only 600 calories a day. According to a health class I was in at the time, a person was considered to be anorexic if they ate less than 500 calories a day. I ate 600 so that I wouldn't fall into that category. Any nutritionist could tell you that this still was not sustainable, and I actually ended up gaining a lot of weight through not eating because my body was going into starvation mode.

Jumping forward to my senior year of high school, the idea of "thick" woman being attractive came into mainstream society. At this point, I had gained back about 15 pounds and was at a peak in confronting my body image issues. I loved the idea of being thick because it comforted me by opening my mind to other body types being considered attractive. However, a big problem I had with this idea is that for the most part our society heavily praises only certain types of thick woman. Thick thighs, thick butt, boobs but nowhere on Instagram will you see praise for a thick stomach or arms for example. It's selective. In that sense, it's no better than praising skinny woman because now it's considered unattractive to have a flat ass.

I could go on extensively about this topic and my experiences with weight and body image, perhaps I will in later articles. These are just a few thoughts from my own personal experiences. I'm not a doctor, I'm not an expert so feel free to take everything I've said with a grain of salt. I still struggle with my weight and body image every single day. Most women do, most women always have, there are many men who have too. It doesn't get easier as you get older. I'm just as hard on myself now as I was when I was 14. What changed is my mentality towards the situation.

When I was 14, I wanted to be skinny because I thought it made me desirable; to friends, to boys, to society. I got positive attention from it and it fed this a need of acceptance inside of me. As I reached adulthood, a big epiphany moment for me was learning that attractiveness is entirely subjective. Yes, there are societal ideals, but those truly don't mean anything. Corny as it is, what's more important is finding the beauty within yourself, which is a lot further than skin deep.

Now when I'm looking at my body I focus on my physical and mental health. I work out because it's an actionable thing I can do to take care of both my body and mind. Like I said, it doesn't get easier, but what has helped is directing my focus towards being happy with what I see in the mirror, without regard for anyone else's opinion.