Yes, I Spend My Money On Concerts
Odyssey

Yes, I Spend My Money On Concerts 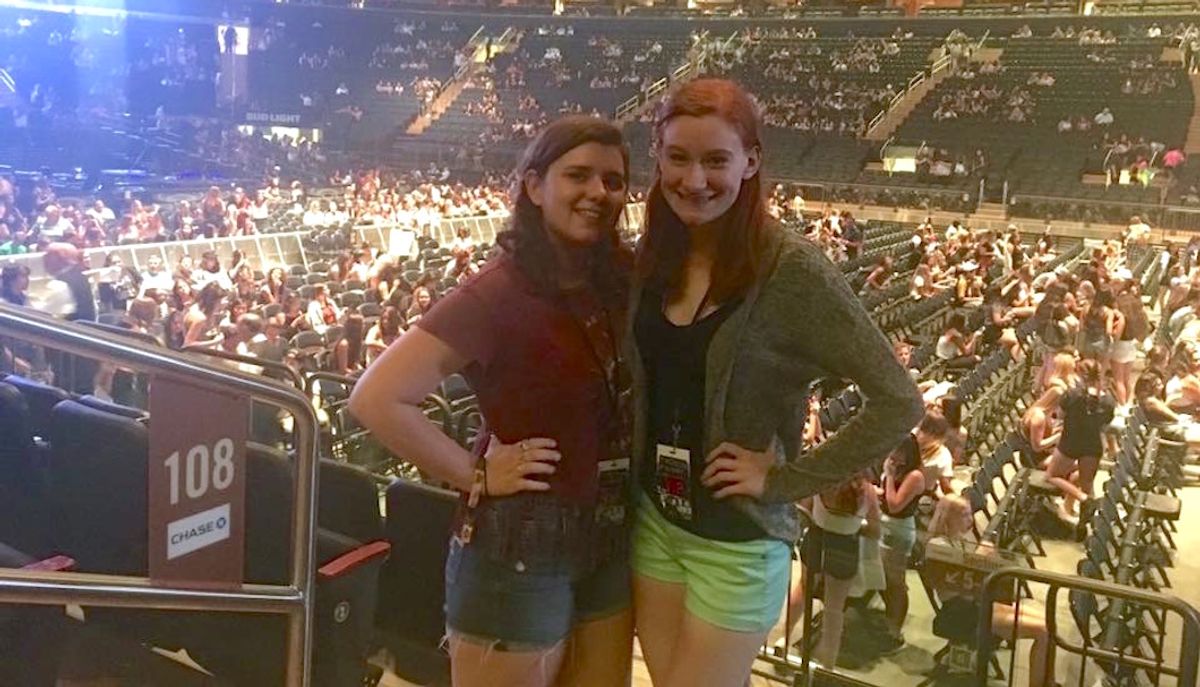 I don't remember exactly how I old I was when I went to my first concert, but I do remember the feeling that came with it.

The first two concerts I ever went to were Bryan Adams (in second grade, maybe?) and Billy Joel in third grade. I remember Billy Joel was playing up in Albany and my mom let my brother and I skip one day of school so we could go up and see him together.

I grew up loving songs, and eventually concerts, by Bryan Adams, Billy Joel, Bon Jovi and so many others so I remember the surreal feeling when I finally saw them live.

I also remember falling in love with the Jonas Brothers (please reunite, thanks), One Direction, Ed Sheeran, Jake Miller, Olly Murs, Rixton and probably about a thousand others.

I could listen to those albums on repeat forever, but nothing will ever compare to the atmosphere of a live concert.

Before you've even gone inside the venue, you're surrounded by people who all share a common love for the artist you're there for. No matter where you come from, you're there for the same thing: to enjoy the music.

I have made lifelong friends as we wait for doors to open or anxiously fidget in our seats waiting for the lights to dim.

Then there's that moment. The second when you feel like your heart could burst as the lights shut off and everyone joins in a joint scream.

That's the moment I live for.

That's what makes me feel at home.

There is nothing like watching a performer as they take the crowds in; as they listen to the crowd sing every lyric back to them. It's a feeling of togetherness.

There's that moment when that song starts and every person in the crowd turns their flashlight on and lights the Arena up like a Christmas tree.

I'm often questioned about why I'm willing to spend so much money to go to one concert for one night and then it's over.

The truth is, those memories are some of my greatest and most treasured.

I saw Olly Murs perform in New York City to a few hundred people a few years ago. Then in March, I watched him perform to a sold-out crowd at the O2 arena in London. Three nights in a row.

I've grown up with these artists. I've watched them go from the tiny back of the house stages to performing in front of thousands of people and sold out arenas.

When you keep up with and follow an artist for so long, they start to feel like friends. I'm able to watch as they grow along with their music and feel an overwhelming sense of pride.

It doesn't matter to me if I'm at a dive bar watching one of my favorite people perform or at Madison Square Garden in front of thousands.

The live music, the people around you and the memories you take away are worth everything.

As fall concert season rolls around, I can't wait to be surrounded by people who share the same love for concerts as I do. I can't wait to stay out too late even though I have class the next day because these are the nights and the memories that I will never forget.

A concert might be only one night (unless you can get to more than one show on tour, of course) but that feeling of escape can't be replaced.

For those few hours, you're in a whole different world. Your worries and stresses don't matter because, for that little while, all your focus is on the artist in front of you. And it's truly an irreplaceable experience.