The Complexity Of Friendship At Wellesley College
Odyssey

The Complexity Of Friendship At Wellesley College

The search for close friends at one of the nation's top colleges is surprisingly challenging. 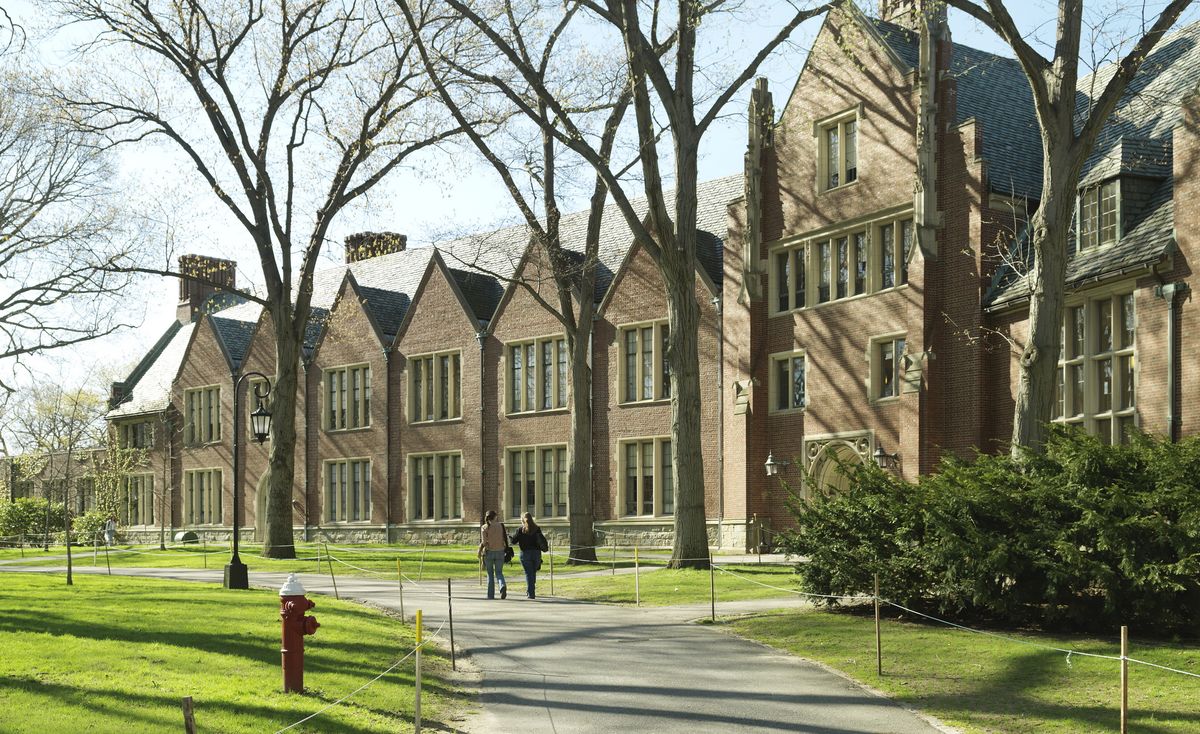 When I graduated high school, I had two friends.

We shared everything together: cold fanta sodas, long bike ride conversations about history and romance, extreme superiority complexes when discussing the boring minds of our peers. Summer afternoons were spent lazily wandering the suburbs we called home. We watched movies, complained about our families, and searched thrift shops in pursuit of the weirdest military-themed tchotchkes.

We bonded over the fact that we were so different from the others we knew--and our friendship developed organically, over the course of the two or three years we grew to know each other. It took time, but it was worth it.

Then summer ended, and we dispersed to make our respective journeys into adulthood: one to mountainous Virginia Tech, another to the preppy University of Virginia, and me to Wellesley College in lonely, lovely Massachusetts.

If I’m being honest, I was expecting making close friends at Wellesley to be difficult.

Farther north than I’d ever been and arguably the most competitive school anyone from my high school had gotten into, Wellesley already overwhelmed me even before I made the twelve-hour journey up to move in.

Making friends in high school had never been too difficult -- I was in an intensive theatre program that lent itself to closeness, and outside of those classes I'd just found the smartest of my peers and befriended them. It sounds a little Machiavellian to me now, but in those days everything I did was a little inspired by "The Prince".

At Wellesley, however, where everyone was the smartest of their peers, I was a little lost for a game plan.

How would I ever develop a friend group as close as the one I'd had throughout high school?

It was not long after I’d stuffed my belongings into my tiny dorm room, however, that I started meeting the people I would eventually come to call my close friends. One particular night during first-year orientation gave me the solid friendship I was looking for, and quickly.

I met six or seven girls living in my same dorm, each with vastly different backgrounds. We stayed up all night till five in the morning talking, instantly finding ourselves a close-knit group. Though over the course of the year the group became smaller and smaller as we developed interests outside of each other, my closest friends from Wellesley to this day are still those same girls I met the night we stayed up talking.

For them I am so thankful, because without those girls I'm sure my transition into college life would have been much less comfortable.

And as time went on, in each class I took I soon discovered that I shared similarities with just about every one of my peers. From my first history course to my first-year writing class, I developed an overreaching network of women I knew I could count on.

On the surface level, everyone is closely tied; many a time has gone by when I’ve met a Wellesley woman at a bus stop and then the next day met for brunch or gone to a party together.

People in my hall I consider good friends; we’ve had maybe three or four conversations, and they’ve seen my room once or twice, and we're close friends almost instantly. Without maybe a full semester having gone by, I'd usually gained around five to ten more people to consider getting Christmas gifts for.

At all times, I felt like I had someone to talk to.

But what does it mean when friends are that easy find?

At Wellesley College, where everyone is your friend, close, intimate friendship is often hard to come by. How do you decide who to prioritize when everyone you come into contact with seems like a perfect fit?

Perhaps it’s because I went to such a diverse high school of theatre fanatics and jocks, conservatives and liberals. Everyone had such different ideas for the future that it made it easy for me to find peers to connect with on the basis of our differences from everyone else.

At Wellesley, however, where everyone is equally as passionate and competitive and nerdy, it's nearly impossible to find friends that stand out in any particular way.

The notoriously homogenous environment of Wellesley seems to lends itself to loneliness.

But at this college, where everyone is close but no one is really all too close, maybe finding friendship is meant to be more difficult than it was in high school. Everything else seems more challenging; why shouldn't overcoming loneliness be the same way?

It’s only my second year, I know, but with a few exceptions I still feel almost as friendless as I did coming here. I am still searching for my niche.

So that's my goal for my second semester of sophomore year. Find friends on the basis of commonalities, rather than on our differences from everyone else. Have the patience to stop forcing friendships and let companionship happen naturally.

And above all, keep thinking of everyone as your friend. While it feels isolating at times, having over two thousand friends is not the worst problem in the world to have.