A recipe for community: be yourself and allow others to be themselves. 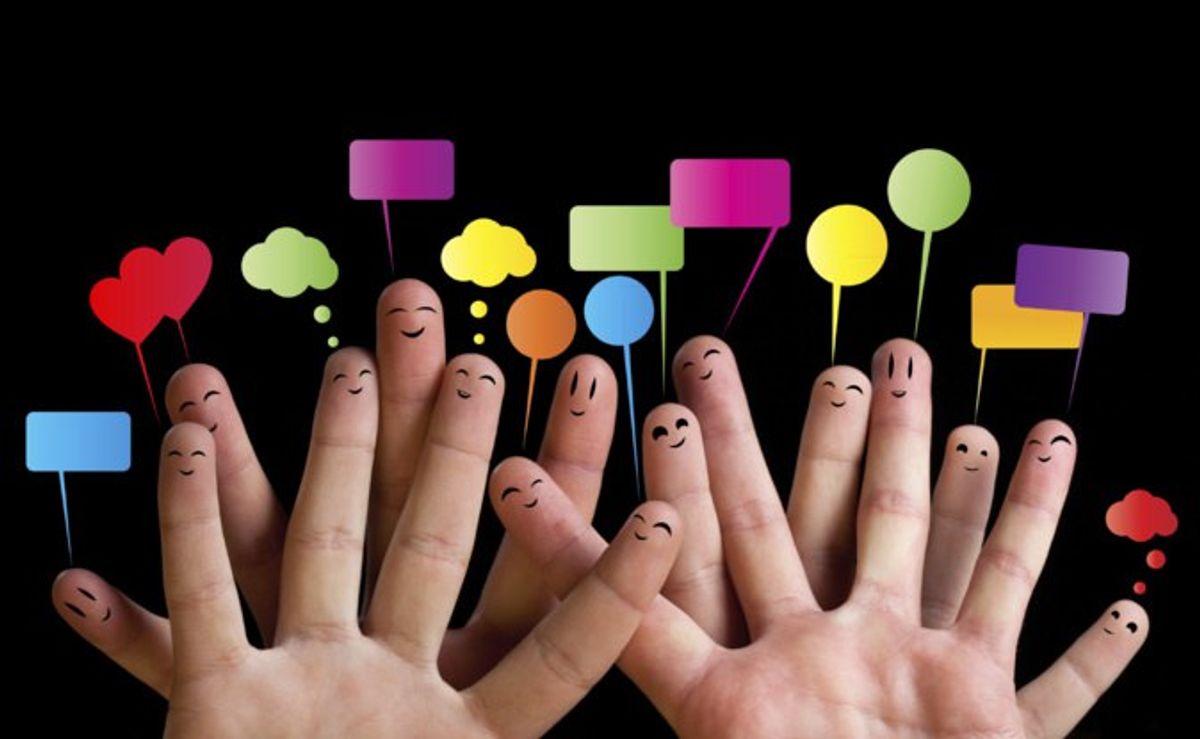 Yesterday, I went to Graduation at Saint Mary's College, the college I attend. I am slated to graduate next year in 2017, but this is my second year attending graduation. Why? you ask.

I could give many reasons. The energy—the unique Saint Mary's experience of seniors having their own plot of land in which to celebrate their journey with friends and family. The free food that you get when you plot-hop. Though, there are limits to seniors' hospitality when you don't know them and have never said hi and only congratulate them for the sake of mooching off them. This disclaimer isn't coming from experience, by the way... The awesome commencement speakers—last years' was Chris Matthews from Hardball, this years' was Mahershala Ali, who starred in House of Cards and The Hunger Games. But, I think the top reason to go is to celebrate the community that you had with those seniors, who are moving on to greater things. Though, they will never relinquish their identity—they are Gaels for life.

I've been struggling to find the words to describe what community means. This is a quest that I've been on, not only for the search for community but also the desire to find a definition, for a few years. Community is what Marina Keegan called "the opposite of loneliness," but there's so much more to it than that.

Confused? I don't blame you, but I'll try to explain. I think to have a community, you have to have diversity; a diversity of people, doing diverse things, some of whom care little about what the other segments of the community are doing. That sounds paradoxical, but really it's not.

For example, one group of friends are interested in choir-related activities, so when you interact with them, you tend to hear a lot about choir. They might not care necessarily about soccer games because that's not their interest. But with the choir people, you can talk about choir and the victories they've had taking their musical talents to the international arena.

Then when you go to class, you meet people with whom you can passionately debate Nietzsche or Gandhi or Desmond Tutu (in a class called Seminar), and you get to be able to spar intellectually with your classmates.

When you go to dance class, you interact with a whole different subset of people, some of whom you may not be friends initially. But, by the time finals come you can't imagine not knowing each other. Though, that was in fact the case for the most part when you started.

My point is that people in each of these groups, and the many other groups on campus, are just living their lives and pursuing their own passions. But, it's the fact that each of them have really cool interests and are willing to open up to you about these interests, if you are patient enough to ask them. That is what gives communities their flavor.

Maybe what I'm saying is that it's impossible for communities to exist unless there's something exciting about being a part of them. An excitement caused by the multitude of interests, some of which overlap and others that don't.

In my British Literature 2 class, we read a lot of dystopian stories like "1984" by George Orwell and "Brave New World" by Aldous Huxley. I think the reason these attempts at utopia failed is because they tried to create a society through a powerful central authority—what Hobbes would have called a mortal God with infinite power—and thought that this infinitely powerful person could create a wonderful society. But that was a mistake. Just as I think all attempts to form communities using elected or unelected leaders who try to marshal people into a tight-knit communities are destined to fail. The impetus for the formation of community has to happen from the well-spring of people's own interests that cause them to be within physical proximity to each other on a daily basis. When you have the fortune of interacting with all of them, you notice that you've found yourself in the midst of a loving community of bright lights who are illuminating the world.