Coming Together In the Bathroom

Coming Together In the Bathroom

LGBTQ+ and disability rights intersect more than we acknowledge 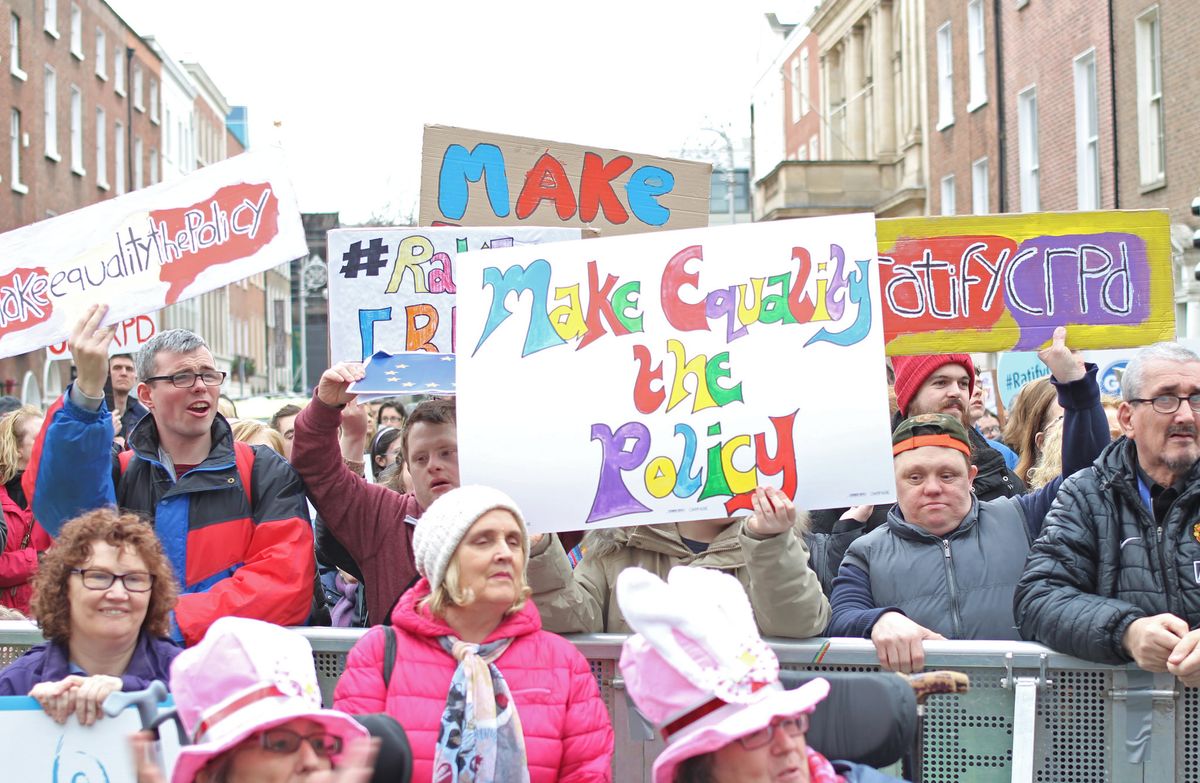 Recently, I was sitting by the side of a pool with a few older women, waiting for my client, whom I will call Luke, to come out of the locker room so I could take him home. It was the wrap-up of another team practice for the local Special Olympics swimming team, and he was taking his time changing back into street clothes.

“Should I go get him?” I asked one of the more experienced caretakers. “Maybe something is wrong.”

She waffled a bit. “It’s possible. Maybe he lost something.” Then she looked around at the people who were starting to enter the pool—people not affiliated with the Special Olympics. “But they don’t like it when we go into the men’s restroom.”

She had misgendered me, which is common when I’m in a caretaking position. The field is so dominated by women that even if I weren’t trans and merely somewhat androgynous, it might have happened. That didn’t bother me. What bothered me was the idea that I should leave Luke in the locker room, potentially in need of help or distressed, so that no one would cross gender boundaries.

As it turned out, nothing was wrong—Luke was just taking his time. I came back out and talked some more with the coach, who told me she had received calls from people upset when assistants or swimmers entered the wrong locker room, and it had made her wary of doing so unless she really had to. She thanked me for checking on Luke. After a few minutes, Luke and I left for home, but the situation didn’t leave my mind.

As a transgender person, I’m certainly aware of gendered spaces more than others. But trans people are not the only people who struggle to with the strict boundaries of gender in American society. Luke can do some tasks for himself, but not others. He and the other swimmers need flexibility so that they and their caretakers can accomplish tasks and live life normally. People with disabilities are made to feel unwanted or embarassed so that society can keep its gendered lens intact.

This, and so many other reasons, are why we need non-gendered bathrooms and changing rooms. It’s not a new request—disability activists have been calling for reasonable acommodations for decades, and yet their voices are often ignored. For some reason, disability rights is never “trendy”. Corporations who deck out giant Pride Parade floats are mysteriously silent when it comes to making space for people with different needs. On this particular issue, though, I hope that the LGBTQ+ and disability rights communities can come together to create change.

While the LGBTQ+ community certainly struggles to gain acceptance, we have at the moment a much brighter spotlight than people with disabilities. We should share that momentum with other people who need society to change its restrictions. We are stronger together, especially because there are so many intersections, both on the issues front, and on a personal level. There are LGBTQ+ people with disabilities who are being ignored both on the mainstream stage and in the queer community. It’s time to work for inclusion on a broader scale.