How listening to Kendrick Lamar helped me drive home. 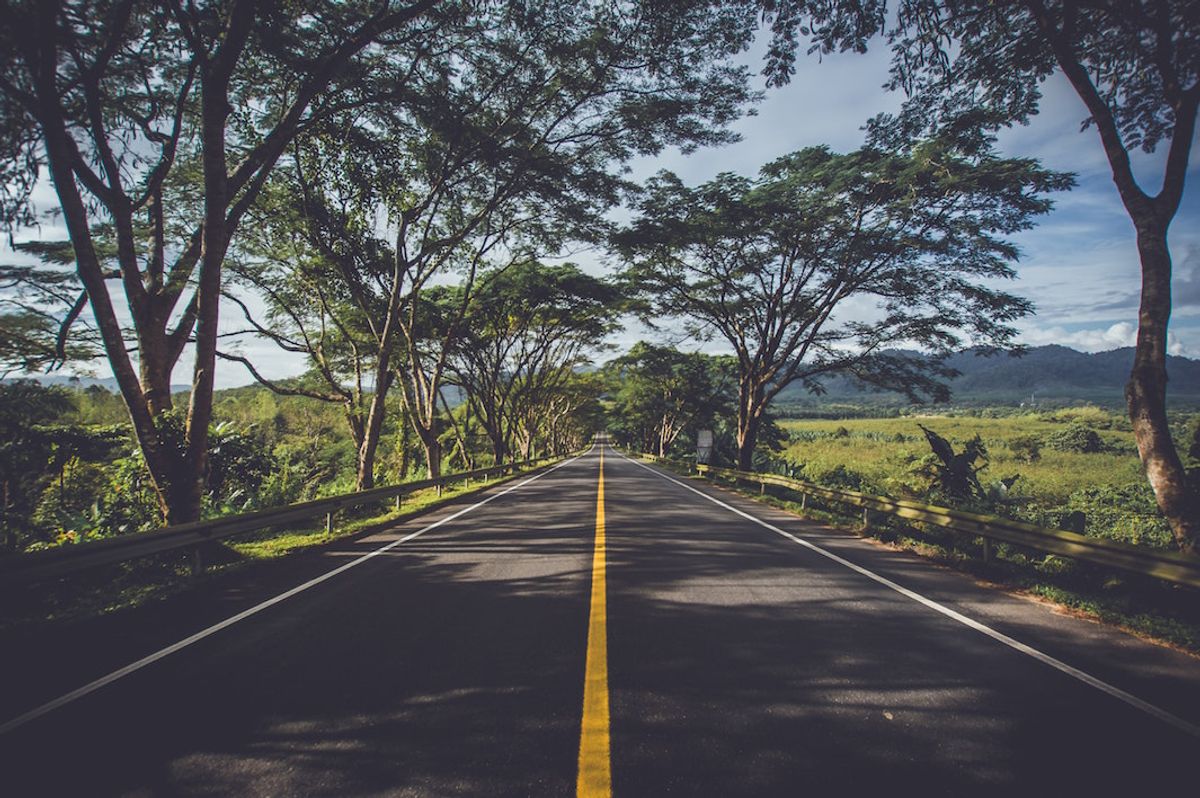 It takes 20 hours to drive from Myrtle Beach to Kansas City. That’s 1,200 minutes. That’s 22.6 plays of Kendrick Lamar’s DAMN., given that the whole album takes 53 minutes to play. 22.6 is quite disappointing because the remaining .4 of the album includes some of the most influential bars of hip-hop history. Songs like HUMBLE. and DUCKWORTH. fall into that last 40%. Those songs are not only responsible for awarding Lamar a Pulitzer and a Grammy, but they are also responsible for finishing the story. They are responsible for finishing the narrative of the Lamar’s experiences. It doesn’t matter that I have already heard the story 22 times. Play #23’s abrupt ending is the musical equivalent to holding in a sneeze. While I drive home, I know I have not finished my story at college yet.

The year seems to feel incomplete, despite the countless adventures I’ve had. God, I hate the sound of adventures. That makes my collegiate life sound innovate, extraordinary and possibly even heroic. It wasn’t any of those things, but adventure seems to be the only word that can adequately describe my time. I think that adventure, in its simplest form, implies the process of looking at an uncharted territory and moving towards it, even though the final destination is relatively unknown.

In a lot of ways, I began projects that had an ending held in the dark until I brought it to light. I attempted to fix a car and somehow managed to drive it out of the parking lot. I wrote poetry that I simply felt others needed to hear and became a published writer. I spent time with those who value time itself more preciously than gold, and I live my life very differently now.

As I drive through the mountains in North Carolina, I can’t help but reflect on all the adventures I didn’t finish. There are too many to mention, but they are too small to stop me from leaving. I’ve worked hard to give more than I take. Did I do enough? That seems to be the question rattling around in my head. Have I found that happy balance in my story that makes me feel comfortable with putting it on pause?

When it was time to leave, I just left. There were no goodbyes. There were no happy or sad endings. I just left. I put on an album and drove away. I left because there’s plenty of good to do in the world somewhere else and every moment spent in South Carolina helped me feel prepared for the dark. I would like to be able to say that I helped every person possible at college, but I know there was a huge portion of lives I didn’t touch. There were flat tires that I did not change. There were other poems I did not write. But if the people I helped then return the favor to someone new, think about what the impact could be. Damn.