5 Best Comics Based On Popular Video Games
Odyssey
CurrentlySwoonLifestyleHealth & WellnessStudent LifeContent InspirationEntertainmentPolitics and ActivismSportsAdulting
About usAdvertiseTermsPrivacyDMCAContact us
® 2023 ODYSSEY
Welcome back
Sign in to comment to your favorite stories, participate in your community and interact with your friends
or
LOG IN WITH FACEBOOK
No account? Create one
Start writing a post
Student Life 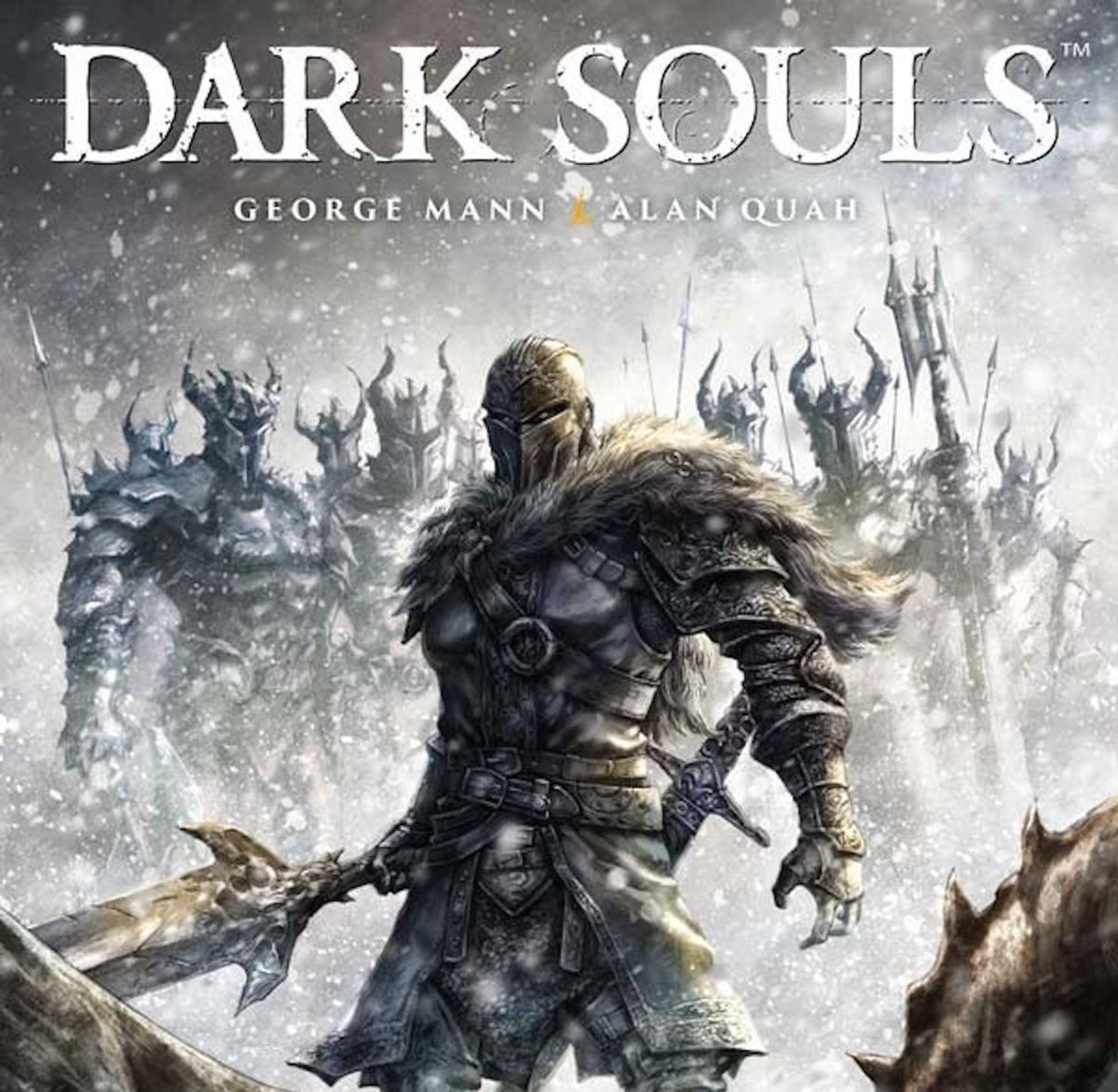 I don't know about you, but I fall in to a lot of categories across the nerd spectrum. I read comics, I play table top games, I paint models, I watch -possibly too much- anime, and I play video games. I LOVE video games. I love the story and the characters, being able to run around in this world and be the hero (or sometimes the villain) that I can't be in my every day life...I could give reasons for days. The point is, video games are great. But sometimes the story ends and you feel that happiness for completing the game, but saddened because the story ended. And you still have questions! You want to explore more! You want to know more! Or maybe you aren't big on playing games but you really like watching them and learning the story but you want to know more. Well, fun fact, you actually can! For some games at least. So here is a list of just some of the comics that are based on modern video games.

Have you ever played a Dark Souls game? If you haven't you should. Because it's a gorgeously dark and bloody experience. But anyone who has played a Dark Souls game will tell you, that every game in the series is hard as fuck. So, I understand if you gave it a try but got sick of throwing your controller because you took a wrong turn and got killed by skeletons for the billionth time. Or maybe you played the crap out of it and still want more. Either way, I have great news! Dark Souls is now a comic series! Well...as of April 2016. The first arc is already collected in a volume simply called: Dark Souls, while the second and third arcs are going to be wrapping up soon, "Dark Souls: Winter's Spite" and "Dark Souls: Legends of the Flame". The series is published by Titan Comics and is written by George Mann with art by Alan Quah. So, enter the world of Dark Souls in a new way, experience a new character and a new story. And you don't have to worry about rage quitting!

Dishonored is one of my favorite story lines in a video game. And Dishonored 2 just dropped recently (though I don't have the money to purchase it yet...but I will...I will). Anyway, Dishonored is an amazing game series with even more amazing characters. Like Corvo and Emily. If you have played Dishonored and/or Dishonored 2 this comic is going to give you some in between games information. It takes place 12 years after the first game, but 2 years before the second. As with the games, the comic follows Corvo, but it brings a new story for him and new information about himself and his past. Which is awesome because Corvo is such a cool character, but you really don't know a whole lot about him and if you're like me, when you like a game or character or story, you want to know EVERYTHING. The comic series is published by Titan Comics, it is written by Gordon Rennie with art by Andrea Olimpieri.

If you haven't played an Assassin's Creed game, you're missing out. You're also falling behind because not only are there...9? Games total? I think it's 9. I haven't played them all, but I did play the first 3 and they were great. Anyway, not only are there several games, there is a novel series, there is also a movie that just came out based on the series, and....you guessed it, comics! Yay! The series consists of "Assassin's Creed", "Assassin's Creed: Templars", "Assassin's Creed: Awakening", "Assassin's Creed: Locus" and the newest series, "Assassin's Creed: Uprising" will be coming out in February. Each of these titles are published by Titan and have different authors (Yano Takashi, Ian Edginton, Fred Van Lente, Anthony Del Col, Conor McCreery, Alex Paknadel, and Dan Watters. I apologize if I missed anyone) and artists (Neil Edwards, Oiwa Kenji, Dennis Calero, Jose Holder, and Caspar Wijngaard. Again, sorry if I missed anyone!) As you can guess, there are lots of new storylines and perspectives to explore with this series!

Injustice: Gods Among Us

Injustice is a fighting game from DC and NetherRealm Studios (known best for the Mortal Kombat series). It uses a number of DC Comic characters, heroes and villains, as well as a couple guest Mortal Kombat stars. The story is it's own canon and it was a great plot, let me tell you. Good guys who are bad guys, bad guys who are good guys, good guys and bad guys from another demention coming to the corrupted one...it's neat, let's just say that! But maybe you aren't big on fighting games, I'm honestly not, but I love comics so I played this one anyway. But guess what? You don't have to worrying about forcing yourself to repetitively fight over and over to get a plot line because they made the game plot into it's own comic series! And it's possibly one of DC's best yet. Just like the games, there are many characters who you see in a different light, not to mention some more backstory. That's one thing about fighting games, sometimes its hard to follow every character's plot point. So the comic make it much easier and much clearer. It's also just really well done in general. As you can probably guess, it's published by DC Comics. It's written by Brian Buccellato with art by Mike S. Miller and Bruno Redondo.

Ah. Overwatch. Blizzard's latest MMO that is also a FPS. I've noodled around on it a bit, but I'm not much of an FPS gamer. I prefer RPGs. Plus the actually Overwatch game doesn't really give you a lot of the story. To understand the plot and characters, you should watch the Blizzard short videos (they're great) and also read the 100% FREE comics. The comics and videos are all totally free. You don't even have to own the game. For me, I loved the characters of this game. As soon as I saw the trailers I wanted to see more. But, as I said, the game doesn't offer much more into the characters' lives and history. Whether you play or don't play the games, the comics are great in their own right. You really don't need to know anything about the game because the comics will tell you everything and then some. And again, they're completely FREE and available to read online, so you can read them anywhere! (They aren't in print, not sure if they will be, but I hope they will be one day!). As with the Assassin's Creed comics, there are several one-shots that make up the Overwatch comics and they consist of several different writers and artists.

Some other video game related comics include: Halo, Call of Duty, EVE Valkyrie, The Last of Us, Silent Hill, Deadspace, and Mass Effect. So, if you're a fan of those games, check out their comics too!

Well, there you have it. Comics for you avid gamers out there. Be sure to check them out at your local comic store! (Except the ones exclusively online, obviously).