A review of The Circle #2 from Action Lab: Dangerzone 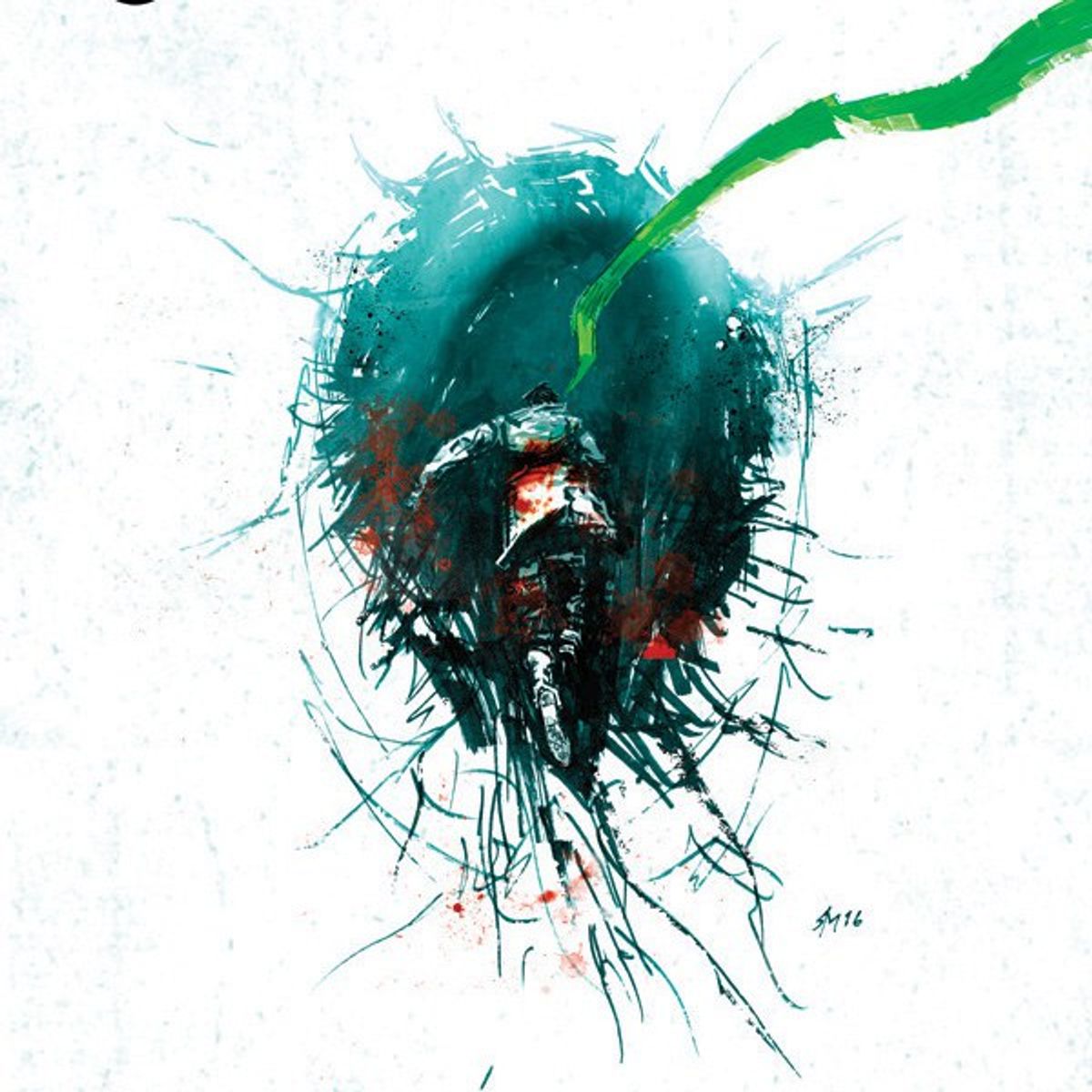 Published by Action Lab under their Dangerzone imprint, The Circle is written by Damon Clark with art by Alyzia Zherno.

The Circle is a comic that immediately caught my attention due to the art style. It's almost claymation-like, but it's 2D. That might not make sense, but just look at it!

See what I mean? It's different. It's unique. And maybe if this comic was a different genre I wouldn't like it as much, but it fits it so perfectly. The art and the story are very reminiscent of Tim Burton or Neil Gaiman. It's that dark and eerie feeling coupled with a growing sense of horror. I love it.

To give you some quick background:

The story is a about a teenage boy, Christian, who, after the death of his mother, moves with his father to the town of Shell Bay. Being the new kid, he is immediately singled out and bullied by some of the jocks at his school (despite being a really good basketball player). He is befriended by a group of outcasts, the “weird” kids at school, and slowly begins to hang out with them despite getting into mischief here and there. However, what Christian doesn't know is that what he thinks is a game, may actually be something a lot more sinister and could cost him his soul.

If you haven't read issue #1, I suggest you do so before reading further. If you don't mind spoilers or you have already read #1, then by all means, continue reading ^_^

The first page, we see a mesh of Christian's now daily routine – going to school, hanging out with his friends, going to practice, getting beat up, and...standing in a circle with his “friends” while Daniel reads rather cryptic text from a demonic-looking book. As we saw in issue #1, these other kids have been planning something and not giving Christian all the details. So when they all start putting on robes and “joining hands”, Christian is a bit uneasy. But these are his friends, right? So he should trust when they say it's ok, right? It's just a game. It's just for fun. So Christian convinces himself. It's after the ceremony though, that things really start to get disturbing. While Christian is apparently tripping (though I don't believe drugs are the cause), they drive to a creepy house, put on even creepier masks, and then things get really dark, really fast...

But I will let you read that for yourselves!

So, like I said before. I love the art style chosen for this book. It's like Alyzia Zherno put on a dark filter over what would regularly be colorful scenes. By that I mean, even though there's lots of color, it's all the darkest versions of each color. It's deep red, it's navy blue, it's pale white. Except when they're tripping and then it's like someone turned on a blacklight at a rave and everything luminescent and colorful as fuck. I also am really pleased with the writing. I don't know if Damon Clark is a Neil Gaiman fan, but that's exactly who I think of as I'm writing this. If you read this, Mr. Clark, you should befriend Neil Gaiman because you would be BFFs (and also if that happens, please introduce me). No matter how “reassuring” his friends are, you can tell something is off. Even before the foreshadowing, you get that feeling in the pit of your stomach that shit is about to go down. And the characters talk like teenagers. I know that might seem like a weird compliment, but you'd be surprised how many writers out there create stories about teenagers but no one actually sounds like a teenager.

Christian doesn't seem as...strong? I think is the word I'm looking for? Granted, he lost his mom and he's trying to make new friends. But he is a good kid and a smart one. He's skeptical of things. He doesn't strike me as the “well my friends are doing it, so I should too” type. In fact, he questions pretty much everything that happens during the ritual, but then does it anyway just because they tell him to. I understand how that makes the story move along, but I wouldn't have pictured Christian caving so easily. But of course, maybe I'm not supposed to, maybe that's the point. I mean, it's only issue #2, so his personality still has time to develop and change.

I am falling in love with this comic. It reminds me of The Craft honestly. Which, if you haven't seen it, it's a movie from the 90s about a group of high school girls that decide to become a coven of witches (there's more to the plot, but I'm not here to talk about all that). Just trust me and go watch it. Anyway, the point is that this issue was excellent and now I have to wait a whole month to read the next one. Life is hard, friends. But make sure you pick up a copy from your local comic book store!