College Student Inspires Others With His Clothing Line
Odyssey

College Student Inspires Others With His Clothing Line 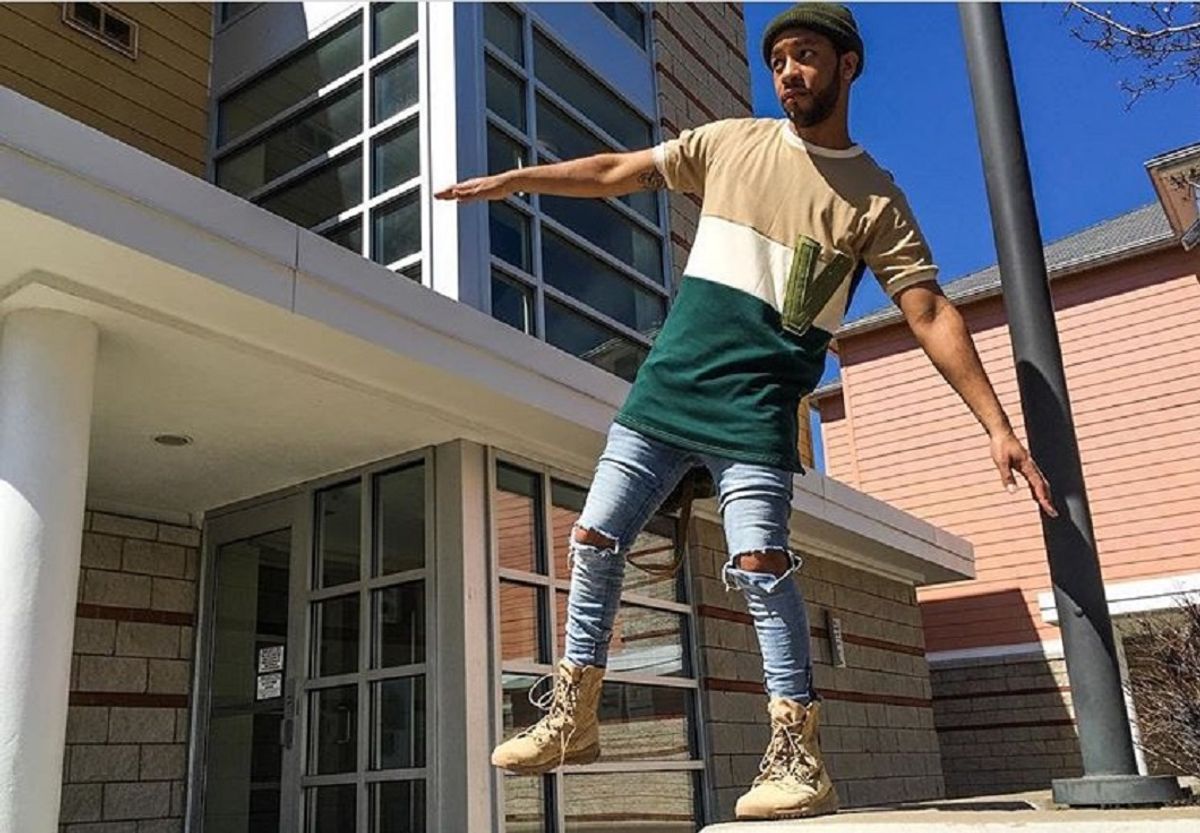 Rashaad Holley is not your typical college student. While most students are studying for upcoming exams, Rashaad is creating dope clothing. Rashaad's clothing line Vingt-Cinq, has been featured in numerous fashion shows. Recently he was featured in Buffalo State's Runway 10th annual fashion show, and won "Best of Show" and "Best Student Collection". Rashaad is the definition of a boss and he shows it through his work.

What inspired you to create your line Vingt-Cinq?

My designs are inspired by urban culture, and my own love for clothing. Being very new to designing, I have the luxury of making garments that I like personally. Vingt-Cinq means 25 in French. I remembered the Kanye West lyric "I wasn't supposed to make it past 25, guess what, I'm still alive" while in class one day, and that number just stuck with me. When I finally began to develop my brand, I think I wanted to utilize a name that could be motivational for people like me. Sort of like an underlying meaning that people could be proud of. So instead of the age of 25 being a cut off age for us, or an expiration date, I wanted us to look at it in a different light, like the lyric. I got out of street wear in early fall of 2015, after a disagreement about business. In the relationship I was the business guy, and one of my old partners really tried to throw that in my face like I was unable to create. So I started to create..

What sets your clothing line apart from others?

I think my message is a rare one. I want to perpetuate positivity and love through my clothes. I think I've become better at designing, but my message is one that I've had since the beginning, and I pray that never changes. I really want people to have a personal connection if I ever have the honor of putting them in one of my garments. That's not something that's easy since I'm not using kente or a flag's colors. But that's the type of connection I chase. And I do that with my faith, my positive attitude, my passion, and the energy I put into the world.

How do you create your clothes?

So many different ways. I've been developing certain designs since I started. I kind of just keep revamping, improving, and building. Now I have access to trend reports also so I'm attempting to get used to using those as well. I took a real liking to fashion illustration last semester studying under Professor Alexandra Eagen. She has been such a contributor to my growth, I honestly don't know where I would be without her. Hopefully I can get nice at computer aided design soon, I'm trying. Just want to be the total package!

How is it for you juggling a clothing line and school?

It's pretty difficult. I actually quit my job a couple weeks ago. It was something long overdue because I was hurting creatively. But god opened a door for me to not only be in Runway, but also with a position on campus where I could grow along side my classmates. I think school contributes so much to my dreams that I don't look at it as a burden, I love being here. My designing is just something I'm able to do because of that now. I'm like a professional student for the time being. Much like I was doing in business school. I'm able to utilize what I do in the classroom in real life. As I grow scholastically, I grow with my venture. It's cool.

What is a goal of yours for your clothing line?

I just want to continue to grow and work hard. I learned so much about the industry this semester and was amazed at the potential that is there for me and my classmates. I can see myself doing so much that I don't want to potentially limit myself. As I continue to learn more, I have faith that everything will fall into place for me. Professor Habes told us the first day of class that we have to work hard, and that's all I want to do.

Did you have anyone help or support you throughout your journey with your clothing line?

Plenty! I actually give all praises to everyone who has played a role in my growth. I thank god for them every day. I have a strong core of friends. Being so busy I don't get to talk to them like I used to, but since they're my real friends I know that they're always there. They don't make it to every show, they don't buy everything, but I love them. They were here before it all, and they'll always be. Also, all of the models I use, they're amazing. They stick around and I love them. I don't think I've ever worked with a model I can't call right now. They become friends too. They're such an inspiration to me.

What is your advice for students who want to create their own business while in school?

Take it seriously! The resources and help are all around you. Don't half step with anything, because it could pay off for you. Preparation is the biggest step too. That's something a lot of us don;t understand. You have to prepare yourself well. Spend the most time preparing, don't let the anxiousness nights get to you. Prepare!