College Hasn't Been The So-Called "Best Years of My Life"

"Done" doesn't describe enough how I feel with this period in my life. 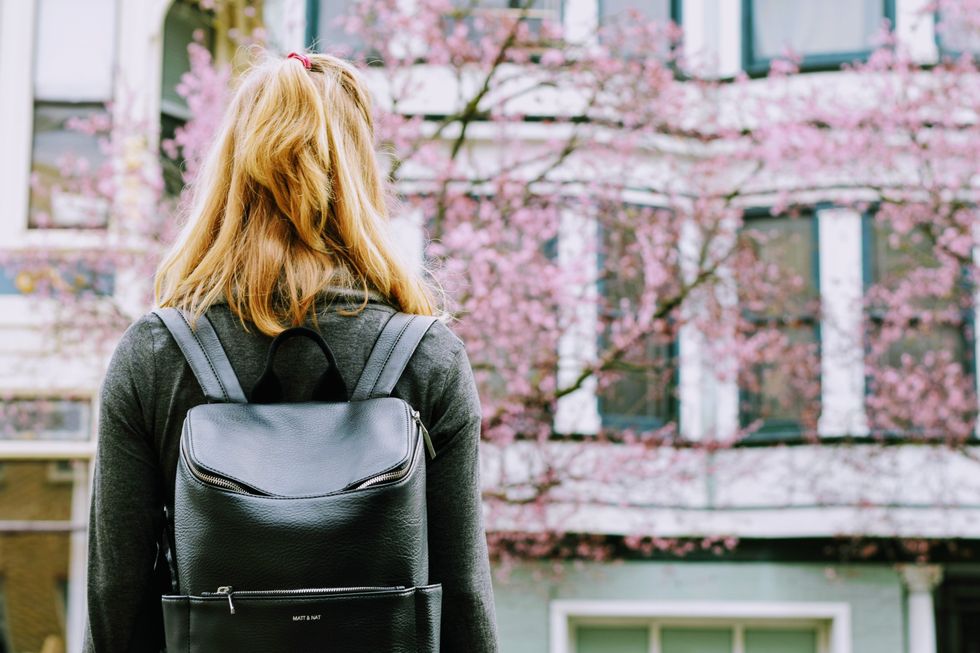 All I've heard from people, movies, and TV is that college is amazing, "some of the best years of your life."

College is supposed to be where you meet your lifelong friends and future bridesmaids. You learn hard, have fun, go to parties, do some fun extracurricular that helps give your life meaning. You become best friends with your roommate and easily make friends with people through various things, meaning you never have to do things alone. Your weekends are always filled with fun plans.

I'm sorry, but that isn't always the truth.

College is not amazing. It's hard. It's exhausting. It's stressful. It's expensive and ridiculous and filled with stupid people, both students and staff alike.

I'm a senior, and I'm so over college it's not even funny.

No, it's not (just) senioritis - although that is super real for me right now. Maybe I sound jaded. But any other student who, like me, haven't had the "ideal" college experience would sound exactly the same way.

I switched majors and minors several times. I got my first apartment with someone who turned out to be a really bad roommate (she legit caused us to get a mice infestation). I worked two internships and am currently working a third, and have been through three part-time jobs, two of which were total messy disasters. I had so much friend drama with people who turned out to be really toxic.

This is just the shorthand of my less-than-satisfactory college years.

For the most part, I have gone through college alone with a pretty nonexistent social life. Neither my freshman and sophomore year roommates became the "roommate is your best friend" cliche...far from it. I had friends in my first two years of college, but they went to other schools and turned out to be less-than-great people. I've been in a relationship since starting college, but we've been primarily long-distance.

Let me tell you, going through college physically alone sucks hard. It's great and all to text people and send Snaps back and forth, but it isn't the same as having someone physically there. And when what feels like everyone else at your school has a life and friends, the FOMO is real.

I entered college undecided. I found a major sophomore year...and then had to switch it junior year once I realized I didn't have the skills set for my old major. Imagine having one idea, for the first time ever, of what you want to do with your life, only to have it ripped out of your hands by the realization that you're no good at it.

Since I began college, my mental health grew worse.

Unfortunately, I'm just one of many college students who experience worse mental health during college. On top of your usual college stress, I've been dealing with new environments, trying to discover myself outside of my religious upbringing, a long-distance relationship, working terrible part-time jobs, making new friends and losing friends - all of top of dealing with anxiety, depression, and slight OCD.

My mental disorders made me feel everything much more intensely and all at once, which could be incredibly overwhelming. I started having suicidal thoughts, wanting nothing more than to just stop feeling everything so intensely. Only my boyfriend knew about how bad my mental health was getting, and bless him for helping me get through these last few years.

Side note: I returned to therapy about a year and a half ago and started medication roughly one year ago. Both have helped IMMENSELY, making college and its stress a bit easier to handle since my brain isn't going into hyperdrive about homework, due dates, and being on time. If you are struggling with mental health in college, please get help. You do not have to go through it alone.

I'm currently working an internship in a marketing agency, and it's pretty much my dream job. The environment and people are great, it's laidback, and I can wear leggings to work (yes, you read that right. It's amazing how much more productive you can be when you're comfortable!!). It's by far one of the best things to happen to me during college.

BUT. I feel like I have learned more in the rough month I've been there than I have since beginning my mass communications major. That's just under two years of college versus roughly a month of internship. The pacing of college is also incredibly slow compared to the work environment. I've done more hands-on marketing tasks of all kinds in just a few days, while my current class is slowly moving through ONE project.

Sitting in class now feels like a drag because I know what I'm learning could be taught faster. So needless to say, the senioritis is seriously kicking in - and I don't graduate until December.

Oh, and the parties aspect of college?

You don't just happen to discover parties. You have to know the people who are throwing one or someone who somehow always knows where the parties are. The only parties I've ever been to were in sophomore year...at my boyfriend's college. Being surrounded by drunk strangers and blasting rap music at some stranger's house: not totally my scene. If I'm going to social drink, I'm going to do it with friends in a friend's place.

In short, my college experience has been about four years of drama and hecticness.

college
Report this Content
This article has not been reviewed by Odyssey HQ and solely reflects the ideas and opinions of the creator.
Swoon