College Changes How I Define A Sibling Rivalry
Odyssey

College Changes How I Define A Sibling Rivalry 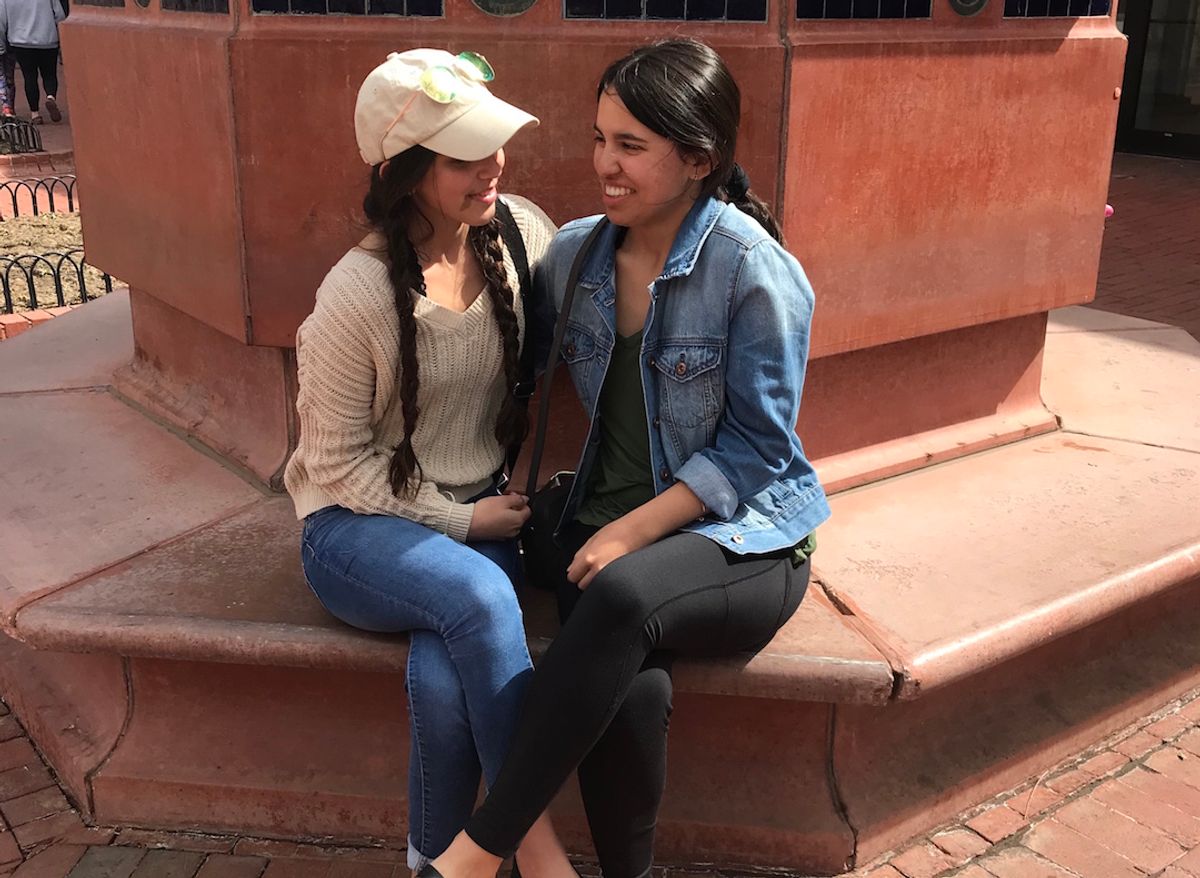 I have a sister who is three years younger than I am. As children it was a rarity that we got along. We were constantly fighting and arguing about one thing or another. I never understood why she was so oblivious to certain things that to my three years older self thought were obvious.

We constantly fought over the stupidest things like who gets to take a shower first or what tv show we were going to watch. We were always hitting each other and yelling and wouldn't stop until our parents yelled at us, or the other one gave up and we won. We were the epitome of those memes that talk about shushing the other when we hurt them and promising them something if they didn’t tell. We were pros at blackmail.

I would get so butt hurt over everything, especially when my parents would be more lenient on the rules for my sister. I didn’t get a cellphone until I was ten, she got one when she was nine. I wasn’t allowed to walk to school with my friends without a powerpoint presentation explaining why it was safe and how we knew how to dial 911 if we thought someone was going to abduct us. They didn’t even ask any questions when my sister asked. I could list an endless amount of other examples.

I was the good child who followed the rules anyways, the perfect example for my sister and she hated it.

Slowly but surely my sister and I were beginning to hate each other less and less. Once she started high school that age gap seemed to be less of an issue.

After I went to college though, the hate seemed to disappear. Going from living with the person who annoyed the heck out of you everyday since you were three to only seeing them a few times a month is a bit of a shock. Though at first it was the best, I quickly came to discover she was the person I complained to everyday about school and told my random or crazy stories to that I wouldn’t necessarily tell my parents.

I made fun of her when she would post pictures of me on Instagram while I was away at college because that meant she missed me. I would never admit it though. Whenever I come home on the weekends we have to update each other on our lives. Granted we don’t have much to say because we are constantly talking to keep up our Snapchat streak. She is one of the only people back home who knows the full details of my college life.

We tell each other everything now… basically. The other night we were both tired and ready for bed but somehow got into a conversation about guys, our past and current crushes and our experience with being asked out, or rather lack of it. I didn't have to worry about her "telling" on me anymore, we both just listened and laughed. It was a cute sibling bonding moment that we hadn't really ever had. It’s always fun to retell a story of your past, especially when it comes to boys and especially when you’re telling your little sister.

We seem to have the same values now like getting the perfect pictures for our instagram posts when we go somewhere or look cute. I used to hate driving her around but now she wants to drive around and do things with me. In the car is where we get most of our ranting done. We're the only people who can complain about our parents together and understand fully. It's crazy how big of a part your sibling plays in your life and how you don't realize it until they no longer have that part.

If you’re the older sibling and currently cannot stand your younger one, just know you’re going to miss them someday. Cherish the moments you have with them, but don’t be too worried if you don’t. College, or just moving away in general, brings you closer to them, and the new memories you make together are going to be ten times better than any of the ones beforehand. Soon you'll be able to look back on childhood memories and laugh at how immature you both were. Also, just admit it right now, you love them with all your heart, as much as you hate them- the definition of true love in my opinion.