13 People You Meet In College As Harry Potter Characters

13 People You Meet In College As Harry Potter Characters

We've all got a Draco Malfoy at our college. 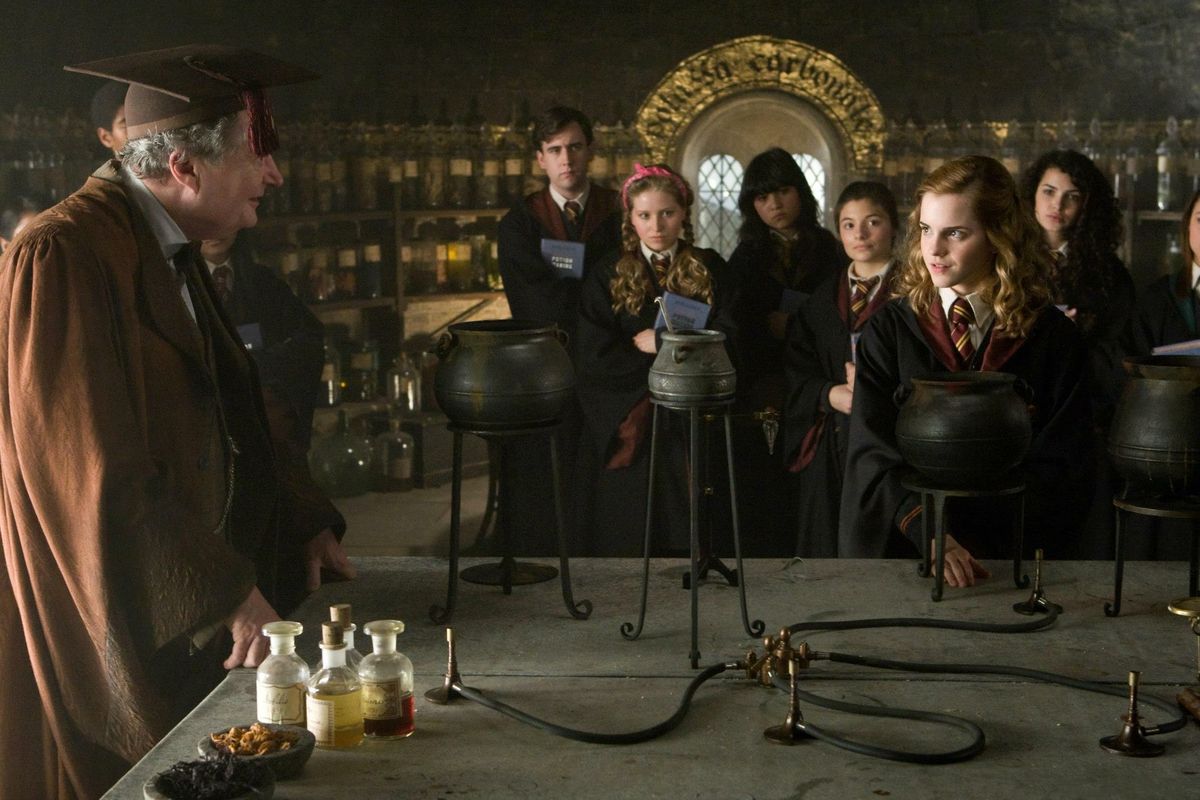 Have you ever looked at someone sitting next to you in class and just been stricken by how much they remind you of Hermione Granger from "Harry Potter"?

Or, you're walking by a guy chowing down in the Union who has red hair and you almost call him Ron? Everyone loves the Harry Potter characters, and honestly, we're all just like one of them in some way. Find out who you are here.

That student who loves group work and does the majority of the work but doesn’t take the credit. He’s majoring in criminal justice, but all his friends tell him he should switch to education because he’s so good at teaching others. He’s still with his high school sweetheart, and they’re actually not a gross couple. He posts something on social media every day and loves checking up on his friends.

The student who has changed her major every semester because she just loves so many things and is passionate about any topic she comes across. She is always flyering. Always. She wears the same outfit on Mondays and Tuesdays because no one from her poli-sci classes overlaps on those days. She gets really mad when you yell at the geese on campus.

He asks approximately 57 questions every class, not because he isn’t smart, but because he doesn’t understand and genuinely wants to learn (or at least pass the class). He is thrilled when he gets a D in a class because hey, that’s passing--until he learns that if something is required for your degree, you have to get a C. He works in the Union, primarily to get the $4 meal voucher. He guiltily says he’s still undecided and ends up getting a degree in general studies.

She plays intramural lacrosse, softball, and volleyball. She is always on the move. She wakes up at five in the morning to do yoga. She’s always arguing with people, with a grin on her face, calling it “lively debate”. She’s a fashion icon, always looking just as good after a game as she does before. You always think she’s the same major as you since she’s in half your classes but it turns out she’s a completely different major within your college.

An art student who always wears something thirteen years out of date and splattered in paint. She smiles at everyone but doesn’t speak in class that often. When you do hear her speak up, she sounds really wise and insightful but admits to you after class that she didn’t do the reading, she’s just good at making things up. She smells vaguely like hay. You once picked lettuce off her sweater.

An ag student who is very passionate about ag. He has a small garden on the windowsill in his dorm. He sells some of it to people he doesn’t know but saves the best products for his friends. He doesn’t use the overhead lights but has a solar lamp and uses a solar charger for his phone. He always wears a helmet when he’s on his bike, and he always yells when he’s riding by a person who’s walking. He crashed his bike four times last week.

A frat boy who is always partying. President of College Republicans. You’re surprised he hasn’t been kicked out, but he’s unnaturally smart and does well on schoolwork with no effort. There are rumors about what he’s done, so you try to never be alone with him. Other than being a “bad boy”, he has no personality. He’s majoring in business because he’s taking over the family corporation, but he brags that they already have enough money that he won’t even need to do anything. He eats really healthy and always has granola and an apple with him.

An administrator who never really gets to the bottom of things on campus and instead just sends out an email every time something happens, apologizing and saying he’ll take care of things and that it won’t happen again. You get three of these emails about the same topic during your first semester. He shows up everywhere, and yet you’re not really sure if you’ve ever seen him.

The professor you meet that always has your best interests at heart. She’s strict on deadlines, even for her favorite students. You go to her office hours, and she offers you food at least twice during the visit. Her family is displayed prominently in her office, and she loves talking about her travels in class. She never gets off topic, and she always covers everything she needs to in her allotted class time. She once cried with you in her office when you were going through a hard time.

The professor who has a personal vendetta against you for no reason whatsoever. He scrutinizes every single one of your doctor’s notes. He takes attendance every class, promptly the minute class begins. He does not accept late work. He emails you back telling you to meet him in his office and not to bother him with incessant emails.

He is always talking about his service animal named Fluffy. You expect a dog. It’s a miniature horse. He has so many animals. He’s always catching bugs on campus to protect them, but it just makes his apartment smell like a swamp. He invites you over to have some homemade tea which you choke down with a smile, and the next time you visit, you bring your own drink.

He pays for the cheapest housing on campus but he actually lives with someone else. He doesn’t go home during the breaks because he doesn’t get along with his family. He works at a desk in one of the residential halls and loves seeing people coming and going. He’s slightly broody and you don’t know if he actually likes you or not until he opens up his wallet and pulls out a wad of pictures of his cat to show to you. He has really nice hair but admitted to you that he doesn’t brush it anymore because he lost his brush. He’s an education major but seems to be overwhelmed by the thought of teaching a child. He hates his major and complains about it all the time but refuses to change it.

The student who is always sick. You expect him to be quiet, but he’s full of snark and sarcasm. Despite his health, you have only seen him drink soda and eat fruit snacks from the vending machines. He always wears long sleeves and has to leave right after class because he has . You caught him crying before class and he tearfully told you that Rachel got off the plane for Ross and he could never do that for someone else. After finding out you don’t have Hulu, he gives you his password. He is an advocate for people less fortunate than he is. He's very protective of the people he cares about.