It's All Downhill When You Grow Up In A "Coaster Family"

It's All Downhill When You Grow Up In A 'Coaster Family'

With parents like mine, how could I not love roller coasters? 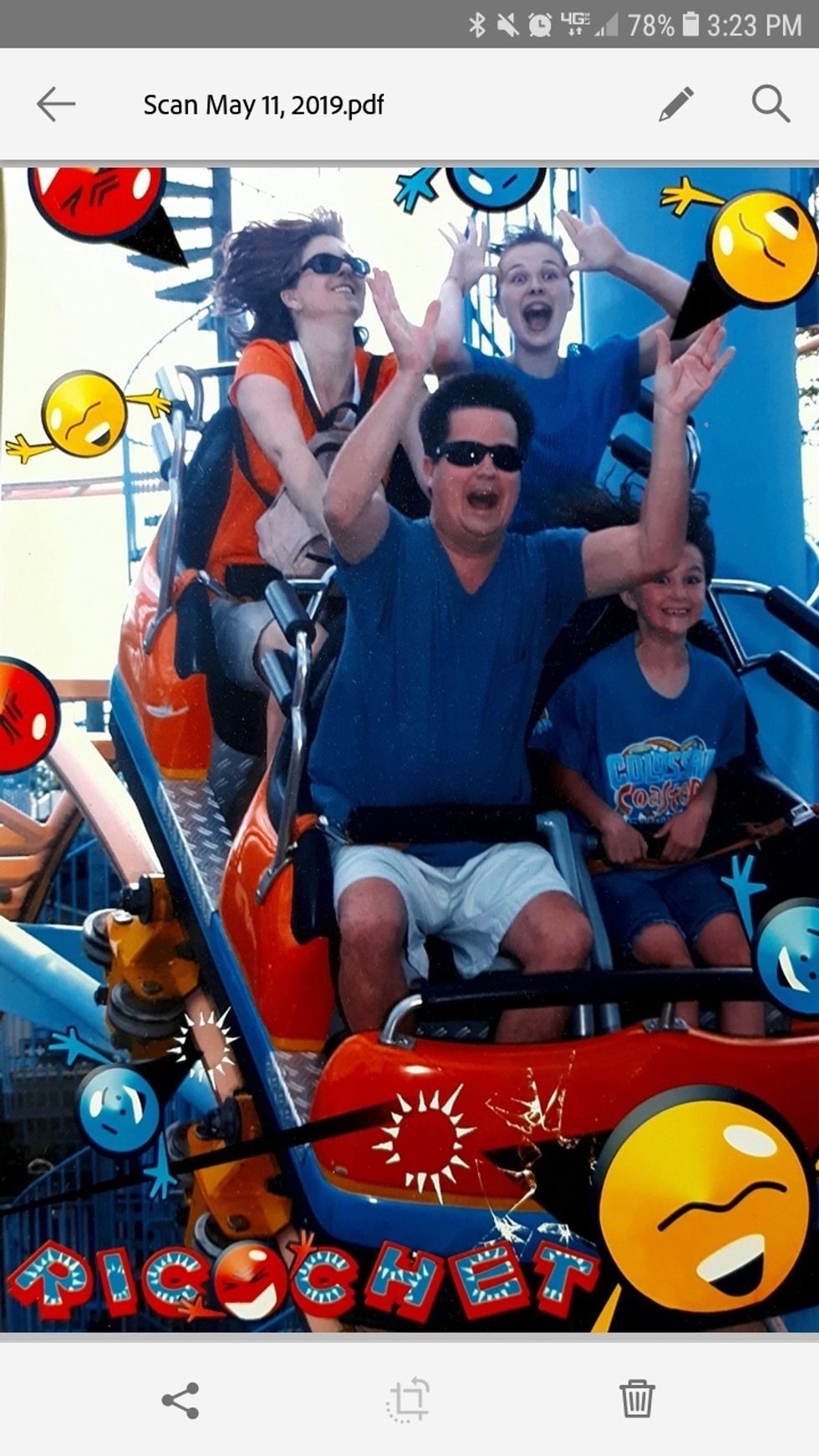 I rode my first roller coaster before I had started kindergarten. It was the scariest thing my young self had ever encountered.

From the launch in Disney's "Rockin' Rollercoaster" to the drop in Carowind's "Fury 325," I have done it all! And not just me, but my whole family. My sister was tackling the loops at eight, and my parents continue to endure the heights better than all of us.

Growing up less than an hour from Carowinds, my family has taken full advantage of our local amusement park. My parents both grew up going there as kids, my mom worked there throughout high school and college, and my sister and I have never known a summer without it.

We frequent Disney World and Universal Studios as well, dividing our family each time over which park has the better rides. For example, Disney has more outdoor rides, but Universal has a dark "King Kong" ride with a zombie that pops out at you while you are in a pitch-black line and made my mom and I sporadically scream for the following ten minutes.

When a park announces a new ride, my family is way ahead of the game. Before Toy Story Land was ever announced, my dad was already up-to-date on the "rumors" surrounding its arrival. What can I say? We know our stuff.

Even better is when our "home" amusement park, Carowinds, receives a new ride. During my first semester at UNC Charlotte, they announced "Copperhead Strike," the first launch coaster for North Carolina and South Carolina, and my parents were quick to text me the news, my mom screaming "We're finally getting a launch coaster!" when I came home the following weekend.

We eagerly awaited its arrival, and eight months later, on opening weekend (after a three-hour wait,) we were not disappointed! Over a month after first riding it, we still rave about how excited we are to have this roller coaster in "our" park.

So, go ahead; flex on us with your "superior coaster knowledge." Nothing makes me laugh more than when someone talking to us in line uses "Well, I'm a season-pass holder" as an element of bragging.

Yeah, dude. We are too. In fact, we have had season passes for so long that my sister's ID photo is from when she was seven. She's now almost fourteen.

Feel free to keep using your obscure language to rate the rides and decide which one is the best. Really, do whatever makes you happy.

Meanwhile, my coaster family and I will be in the front of the line, likely accompanied by my mom telling the ride operator how they need more "mommy-proof" rides that don't bang your head around so much.

Madison Franz
The Narrative
1120260
Photo by Brooke Cagle on Unsplash

Madison Franz
The Narrative
655601
Photo by Manny Moreno on Unsplash