Clinton and Trump On The Issues
Odyssey

Clinton and Trump On The Issues

​The candidates each have very different stances on the issues, but in some cases, their views overlap. I hope that condensing the issues will help undecided voters to get out there and vote on November 8th. 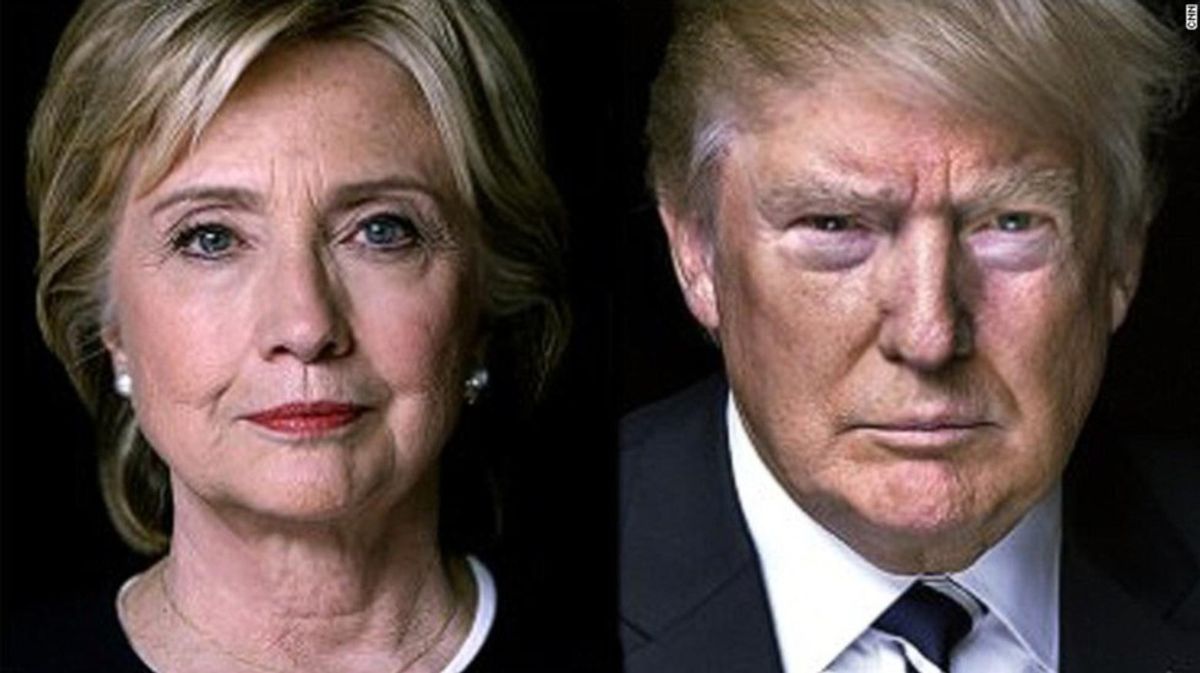 With the upcoming presidential election less that two weeks away, American have begun early voting and have been active in campaigning or volunteering for the candidate that they see most fit. On the other hand, many Americans find themselves unable to decide between "the lesser of two evils", find themselves looking at third-party candidates, or even find themselves apathetic enough to not even vote.

The media has exacerbated Republican and Democrats' relationships with one another. Social media outlets are quick to jump and blame one another, and even I must admit that I have done the same. This election has been ridden with insults and fear tactics. My goal is to write and show the undecided and apathetic voters what each candidate stands for. My opinion on the candidates has been clear from my previous articles; however, my opinion and liberal bias will not stand in the way of my presenting the candidate's views. Using an article written by the Washington Post, I will present a condensed list of the Democratic and Republican candidates, Hillary Clinton and Donald Trump, and what each individual stands for and plans for the United States.

Clinton: Does not want to deport the estimated 11 million undocumented immigrants that currently reside in the US. Does not plan on building a wall along the Mexican border, believes in a guided path towards citizenship and does not believe that Muslims should face hurdles when entering the country.

Trump: Does not want to deport the full estimated 11 million documented immigrants, but does want to deport at least 5 to 6.5 million. He plans on building a wall along the Mexican border, does not want a guided path towards citizenship, and believes that Muslims should face hurdles when entering the United States.

Trump: Trump does not approve of increased gun- control measures, does not want increased background checks, and does not support a ban on assault weapons.

Clinton: Is against an increase in military spending, wants to work with Vladimir Putin in the battle against ISIS, and supports greater domestic surveillance to identify extremists.

Trump: Supports an increase in military spending, wants to work with Vladimir Putin in the battle against Isis, and supports greater domestic surveillance to identify extremists.

Clinton: Supports keeping abortion legal, supports abortion in case of rape or incest, or if the life of the mother is on the line, and supports late-term restrictions.

Trump: Does not support keeping abortion legal unless it is in the case of rape, incest, or if the mother's life is on the line. He supports late-term restrictions.

Trump: Does not plan to cut social security and his view on privatization is unclear. He does not plan on raising the retirement age.

Clinton: Supports same-sex marriage. Believes that transgenders should use the bathroom of their gender identity.

Trump: Does not support same-sex marriage. Believes that transgenders should use the bathroom of their gender identity.

Energy and the Environment

Clinton: Believes in climate change, plans to ban offshore drilling, and does not plan to ban fracking.

Trump: Does not want to raise the minimum wage and his view on raising taxes on the wealthiest Americans is unclear.

Clinton: Does not plan on replacing Obamacare and plans on expanding Medicaid.

Trump: Plans on replacing Obamacare and does not want to expand Medicaid.

The candidates each have very different stances on the issues, but in some cases, their views overlap. I hope that condensing the issues will help undecided voters to get out there and vote on November 8th!