A Trip Down Memory Lane

Traveling into the Future while Staying in the Present 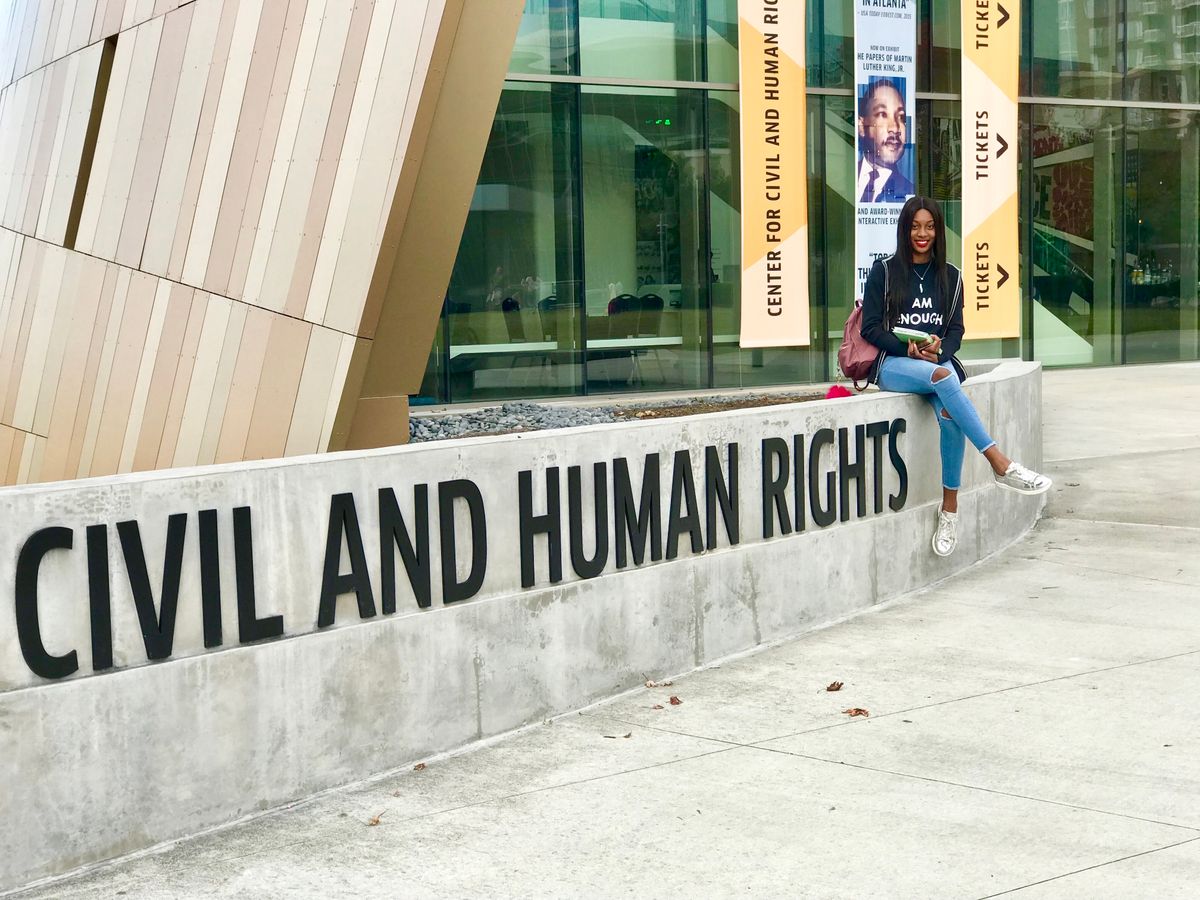 The National Center for Civil and Human Rights; a life changing experience that acts as a home to empower the visitors by giving them the opportunity to learn about the protection of every human’s rights. This is done through sharing the stories, events, and exploring the lives of those who have had an experience with civil rights. To start the location is based in Atlanta, mainly for the city has played a unique role in the American Civil Rights Movement. There are many perspectives, and concrete events that are shown in the National Center for Civil and Human Rights.

When thinking of the civil rights movement many think about the Reverend Dr. Martin Luther King Jr. Although his service is greatly appreciated, that is not the only focal point in Civil Rights history. To begin, let’s dive into the Southern Christian Leadership Conference. The result of the Montgomery bus boycott, roughly sixty black ministers held an organizational meeting for what would become the SCLC at the Ebenezer Baptist Church in Atlanta, Georgia regulated by Dr. Martin Luther King Jr., and helped to organize protests events across the South and became a prominent voice against the corrupt work of segregation and discrimination. A helpful worker Ella Baker, served as the executive director during the earlier years of the organization. Creating tactics to increase participation in large scale events, political advertisement, ad helped to sustain voter registration events. The SCLC became well known for their strong group of leaders, and the activities it helped to come alive.

There were many tragedy’s that occur during the time of the Civil Rights Movement. Those in which including killings, and violent crime. For example, The Four Little Girls bombing; occurring as an act of white supremacist terrorism. This event occurred on a Sunday at the African-American 16th Street Baptist Church in Birmingham, Alabama. Four members of the Ku Klux Klan planted at least 15 sticks of dynamite beneath the steps near the east side of the church. This event happened only eighteen days after the inspiring March on Washington.

Throughout many Civil Rights events there was a heavy influence of nonviolent protesting. It was not easy, students would often have to practice being nonviolent, where they would sit for 20 minutes while someone they knew would torture them. This was called non-violent training. The trainings would often start by explaining the reasoning and history behind non-violent acts. The bases behind the nonviolent practices were from the historical figure Mohandas Gandhi. Known as the Mahatama or “The Great Soul”. He left his mark through leading his natives to independence from the British rule in the 1940s, using love to be his greatest weapon. Many of Gandhi’s followers were harassed during this time relating to the African Americans during their protesting experiences. Gandhi was assassinated in 1948, however his practices of nonviolence remained a symbol for the human rights and freedom throughout the world to come.

Another significant leader is Nelson Mandela, known for his works in South Africa. Nelson Mandela helped to assemble millions to end the apartheid; South Africa’s racial segregation that worked to repress the country’s black population. During his act of heroism, he was often threatened and arrested, and eventually sentenced to life in prison. During his 27 years in jail he became a symbol for the apartheid in a fearless way. He was then freed, and later elected the first black president of South Africa. Under his leadership, he focused on peacefully disassembling the legacy of white-minority dominating. To do so he started by stopping poverty and inequality and promoting racial reconciliation. Later he won a Nobel Peace Prize in 1993.

The times were changing and throughout the millennial years focused on LGBT rights and disability rights under the civil rights for humans. There were many indifferences towards the lesbian, gay, bisexual, and transgenders people residing in the United States. There were many testimonies of older LGBT Americans who could recall a time not very long ago, where they would have to hide their identity. They were faced with many obstacles; judgment, isolation, disgust, hate crimes, violence, with very little protection. Following the year 2014, the LGBT community could live comfortably, marry, and form families in some states. The hate crimes have not yet disappeared, while there are laws that have been created to give punishments towards hate crimes because of being prejudice. However, there are no federal laws protecting these citizens from discernment. Although, the supreme court has granted LGBT marriages to receive benefits like sick leave and social security.

Throughout history there are many acts of human rights. The National Center for Civil and Human Rights shed light on various perspectives and problems. Ranging from racial segregation relevance, gay rights, equality in general, among other important factors in the human rights history timeline. Throughout history people brave individuals with visions have pledged their lives to fighting and reaching equality, respect, and freedom. With this came responsibility and gave these leaders a stepping stone in the world. Through their journeys they had to act accordingly, because of being public figures. This included acts of nonviolence, and the way they retaliated to situations out of their control. Most of these leaders that are known in our history, used their power to broadcast protests, and organize events where others could participate on larger scales. While the individuals were noticed, many were alone. They often used the tactic of working in a cohort to make progress.