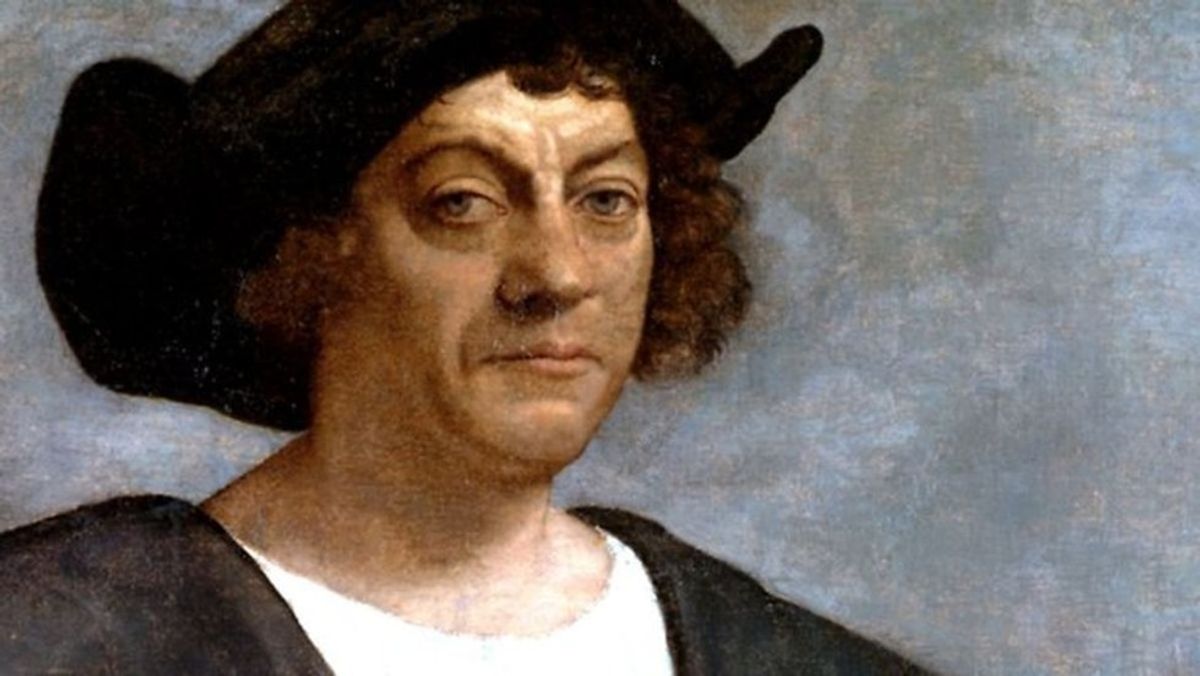 Now, for many people, this comes as a shock. Our education system teaches children from a very young age that Columbus was a hero. Books and movies have been published showing such an idealistic version of this man. This is a continuous problem.

We have all heard “In 1492 Columbus sailed the ocean blue…," a rhyme that has been passed down for generations.

We are taught that he was the first of many things, for example, he was apparently the first person to believe the world was round! Such an abstract new thought from Columbus' head, except that most if not all educated Europeans already knew this. Out of all the firsts that Columbus was known for, we are not taught about him being the first European mass murderer in America.

Columbus seemed to be in denial.

We are not taught many traits of our beloved American hero. For instance, although Columbus Day is celebrated all across the United States, Columbus never set foot in what is now the U.S.A, he instead landed in Haiti. Columbus went to sea in hopes of finding a shorter route from Spain to India, he later stumbled upon a land inhabited by millions of people yet he declared he discovered it.

After finding out these people were not from India he still decided to call them Indians, opposed to their true name, Tainos.

What later unraveled was a manic hunt for gold at whatever cost. Columbus killed 250,000 Natives, and after 50 years none were left. Disregarding the Natives true name was just the beginning of the destruction of their culture which later lead to the eradication of this truly unique tribe.

*The tale of Christopher Columbus gets more gruesome, read further at your own discretion.*

Columbus was kindly greeted by the Natives who offered him gifts. He saw this as ignorance that he could make a profit off of. Although Columbus did not find the silk of India, he did find that most of the natives wore gold. And what later followed was the enslaving of the Natives.

In his own journal Columbus says, "...They were well-built, with good bodies and handsome features... They do not bear arms, and do not know them, for I showed them a sword, they took it by the edge and cut themselves out of ignorance... They would make fine servants... With fifty men we could subjugate them all and make them do whatever we want."

He saw this as an opportunity to sell these men and to take advantage of them.

In order to use them for profit, he later described them as, "savage cannibals, with dog-like noses that drink the blood of their victims." The cannibal story is taught as a fact in some of today's schools! Columbus reported to the Queen that the land he stumbled upon was filled with Natives for slaves and mountains of gold, although this was not the case.

This idea pleased the Queen and she gave Columbus 17 ships and 1,200 men for his next expedition. His second voyage was riddled with complications and proved to be far less profitable than they were hoping.

Presenting the New Property to the Queen.

Columbus was known to work the Natives to death in the gold mines. The natives who were over 14 were required to hand Columbus a thimble of gold dust every three months. If they did not Columbus would cut their hands off and tie them around their neck until they bled out.

More than 10,000 people died handless. Columbus wanted as much gold as he could posses, he believed if you owned gold you owned everything you needed in the world.

During Columbus's first trip to the Caribbean, he left 39 men who would help themselves to Native women. When he returned with 1,200 soldiers, rape and pillaging became the norm. One of Columbus's men wrote in his journal about one of the female gifts that Columbus had given him to rape.

He documents, "having taken her into my cabin, she being naked according to their custom, I conceived desire to take pleasure. I wanted to put my desire into execution but she did not want it and treated me with her finger nails in such a manner that I wished I had never begun. But seeing that (to tell you the end of it all), I took a rope and thrashed her well, for which she raised such unheard of screams that you would not have believed your ears. Finally we came to an agreement in such manner that I can tell you that she seemed to have been brought up in a school of harlots."

Columbus would provide his men with sex slaves. He said himself that girls the age of 9-10 were in high demand. He and his men would raid villages for sex and sport. Columbus, in regards to his sex slave trade, wrote, "A hundred castellanoes are as easily obtained for a woman as for a farm, and it is very general and there are plenty of dealers who go about looking for girls; those from nine to ten are now in demand."

This is still a simplistic version of what happened.

Butcher shops were placed all around the Caribbean. Columbus and his men would use the Natives as dog food. They also would feed live babies to the fierce armored dogs.

This is just an overview of the horrendous actions our "beloved American hero" took part in. By celebrating Columbus Day what we are really celebrating is Taino Genocide Day. We are condoning this barbarians actions.

We should change what we celebrate during fall break. Instead of celebrating Columbus day we should remember the victims of Columbus's exploration. We should celebrate Indigenous Peoples Day, like California does. Columbus was a villain, we should not get any days off because of this terrible, terrible man.