Why Chris Redfield Is Not Actually Chris In Resident Evil 7

My theory on what the Not A Hero DLC will bring to the table. 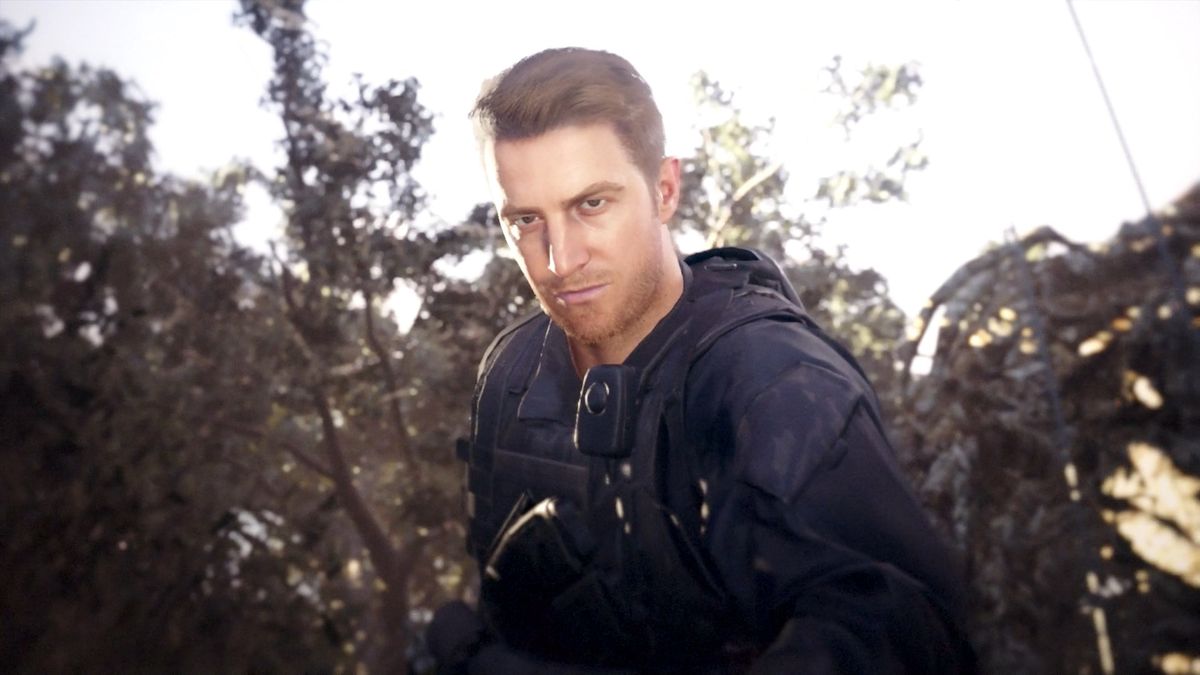 To those that have played Resident Evil 7, you all know of a certain little scene at the end of the game, where a certain character comes up to Ethan Winters and replies “Hi I’m Redfield”. This raised a lot of eyebrows and questions for the following reasons. which are leading some people to believe that this isn’t the same character from the story cannon that many have come to know and love. I am one of the those people that fully agrees with all of you in that sentiment, so I went and investigated this a little further. After much deliberation and time on this little matter some of you may be happy to know that there is a 80% percent chance that this isn’t the same Chris. More importantly i have substantial evidence that eludes to this as well. So if you just finished the game and you love reading videogame articels about Resident Evil 7 theories, then i suggest reading on.

I first want to address Redfield’s appearance in the ending scenes following to the last cinematic sequence that completes the game. For one, Chris looks very young to be the Chris we are supposed to be seeing in the new CGI film coming out this summer Resident Evil:Vendetta, nor does his appearance agree with any of the other character designs we have grown accustomed to seeing in previous games. Some of you may bring up the fact that Capcom has changed entire characters looks before, but to revert back to a younger version of himself with different colored hair and facial hair not only seems to be much, but also a little excessive for a character that looked so different in Vendetta, a film that hasn’t even debuted yet in theaters. We also have to take into account Chris’s muscles, or lack of them thereof. People would have to try really hard to lose that much muscle mass in that span of time to become as lanky as the Redfield depicted at the end of the game.

Another thing I would like to take note of is a little bit of literature that has come to light from the Resident Evil website. The people that are responsible for writing data on the characters themselves and the weapons have stated that this Chris dates back to “2017 and other games” since being put as a character into the series. Would’nt it have been more accurate to display Chris’s time in the franchise to be that of 1998, when this all started? Also why not list the other games he was apart of? It just seems to me that this could be an error on Capcom’s part, or that this was mainly intended to actually show that this isn’t the real Chris we are actually dealing with, but rather someone else entirley. Whatever the case may be, it seems that Capcom is being purposefully odd to keep fans guessing, and it seems to be working.

I also want to make clear that when he speaks of all his memories of his times in the BSAA, he doesn’t speak in a tone that is reminiscent of Chris’s dialogue. More importantly, he does not even adhere to the fact that he has a sister named Claire Refield. Why would Chris neglect to mention such important information when she was apart of three games in total in the franchise, Resident Evil 2, Code Veronica, and Revalations 2. Even though we waited almost a decade and half to see her in Revelations 2, it still shows that she is still a pretty relevant character to the series. Facts aside, Claire is his sister and they have worked together before. Why leave those detail's out? If you are tracking what I am saying, something already doesn’t seem right with “Chris” or “Redfield” as the name suggests at the end of the game.

I also want to make blatantly clear something that was shown at the end of the game as well.“Redfield” did not arrive with the BSAA, he came with Umbrella, one of the top evil corportations to date in the Resident Evil franchise. Now correct me if I’m wrong but when during this time span did Chris suddenty change sides? It doesn’t really make sense considering all the the pain this corporation has caused him over the years, so why go rogue join Umbrella? I have a theory as to why this may be happening, and its all comes from a certain game Umbrella Corps. The game noone wanted, nonetheless provides a big clue as to why Chris is not really Chris.

So do we all remember a certain character called experiment 3A-7? For those who dont care to play this terrible game, 3A-7 is sent out by none other than the Umbrella Corportation to test out new equipment such as Zombie Jammers and things of that sort. If he is successful, they then try to kill him by sending him on other dangerous missions. 3A-7 turns out to surpass all of his superiors expectations by not dieing in any of these missions, making him one of the most dangerous weapons Umbrella has ever produced, making him only second to HUNK. So this raised a few questions. Where is 3A-7 now? and Is Albert Wesker still alive in some shape or form or is it someone else trying to capitalize on Albert Wesker’s prior accollades and sucess?.

My theory is simply this. I personally believe that Experiment 3A-7 is a version of Chris. Now , stay with me because this will probably get a tad bit confusing. I believe 3A-7 was given something to wipe his memory clean after impressing Wesker with his superhuman abilities to overcome all the odds thrown at him in Umbrella Corps. He was then trained or was possibly given more things to make him believe that he is indeed actually Chris Redfield, but in actuality he is nothing but a stronger version of his real counterpart. This would explain why he knows so much about his own personal life. It would also explain why he neglects to mention Claire as his sister, as it might not have been included in this versions of Chris Redfield’s data bank. This would also make sense because we never do really see 3a-7’s appearance in Umbrella Core. Finally, I will even go to say that what Capcom says about this being Chris may not be entirely incorrect. 3A-7 may actually think and believe that he is who he says he is due to the fact that they may have bred and cloned Chris’s actual life experiences and mannerisms into that of 3A-7. Therefore 3A-7 believes that he is indeed Redfield, and not someone else. I may also be reaching here, but the experiments name also has the number 7 in it. Meaning this may have been intended for the present title, Resident Evil 7. If this theory holds any merit to what happens in the DLC, this means there are going to be more like him, preferably speaking of Ethan and Mia.

At the end of the game, Mia is being is being given some kind of sedatives via needle. When Ethan expresses his feelings to Mia about them being okay, she responds “Am I ?”. Why would she ask such a question if she had already knew what happened to them.? This is only speculation, but if Wesker or some impersonator is still alive than he is going to prepare to do the same with more clones in an attempt to bring back STARS, a team he created. This may eventually lead to another game plot in which the clones would be going to war against the BSAA, therefore trying to finish them off for good and leaving only the new Umbrella to finally fullfill what ever plans they may have in store. Hence, this would make sense and coenside with the DLC’s Title Not a Hero, 3A-7 isn’t a hero at all, but a clone of one.

As I pull this artice to a close, I am hoping that I gave many Chris Redfield fans some hope that Redfield is not Chris. Unfortunately we wont have any real facts till the new DLC comes out this Spring of 2017. Until then, stay positive guys.