Chopping it up with Artist/Producer: CHUMA OSSÉ
Odyssey
CurrentlySwoonLifestyleHealth & WellnessStudent LifeContent InspirationEntertainmentPolitics and ActivismSportsAdulting
About usAdvertiseTermsPrivacyDMCAContact us
® 2023 ODYSSEY
Welcome back
Sign in to comment to your favorite stories, participate in your community and interact with your friends
or
LOG IN WITH FACEBOOK
No account? Create one
Start writing a post
Entertainment

Chopping it up with Artist/Producer: CHUMA OSSÉ

From growing up around industry moguls to taking the reins of the music industry, this man is sure to be next in line! 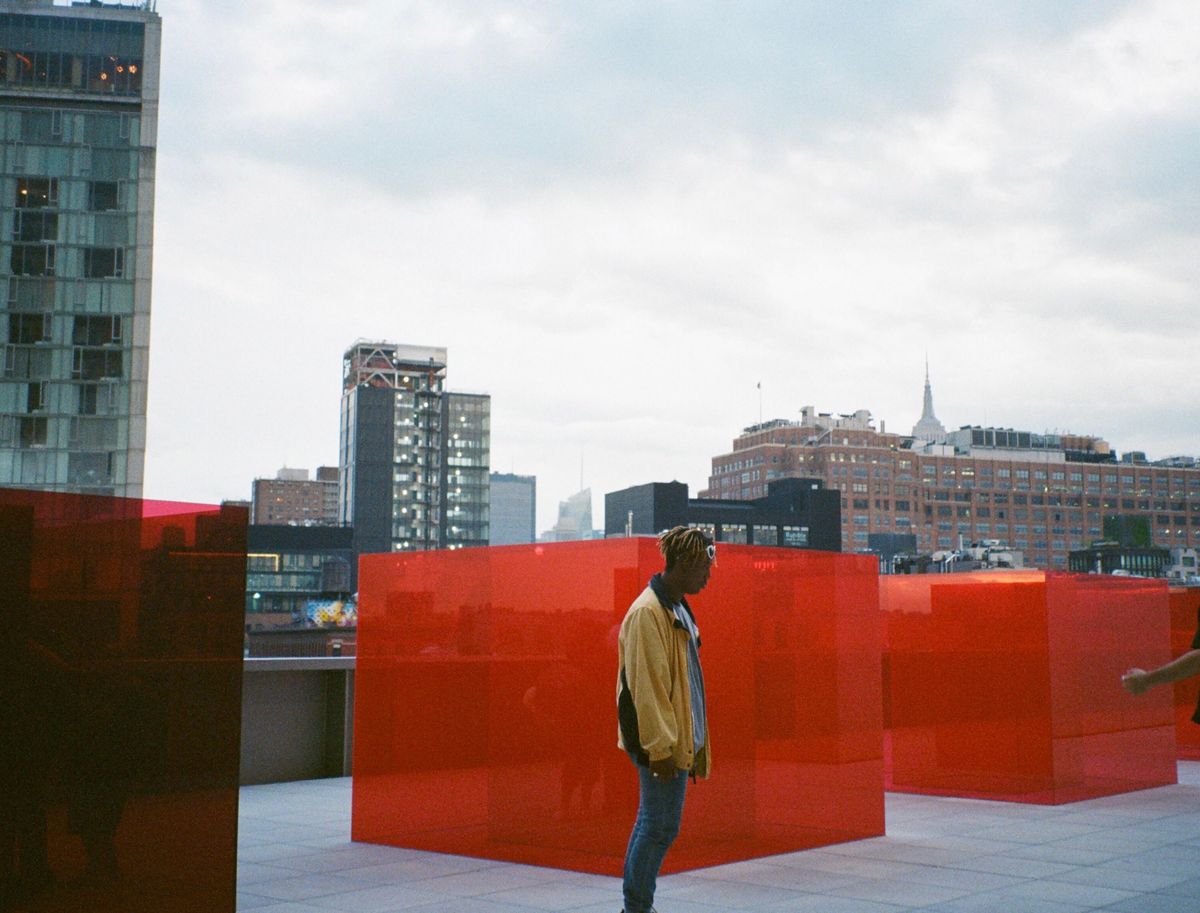 How did you get started with creating music?

I'd like to say that I was born into the industry. My grandfather on my mother's side was a music producer, he actually produced the song Power of Love by Luther Vandross, eventually winning the 1992 Grammy for best R&B song, so I grew up around all of that and he's one of my biggest inspirations and my first mentor. I was always in the studio with him and always around him so I soaked up as much information that I could and I do think that the creative genes from him were definitely passed down to me as well.

On the more executive side, my father was an entertainment attorney and he had his own firm, he did a lot of deals for the old Kanye, old Diddy and I think he used to work at Bad Boy Entertainment as well if I recall correctly. My dad taught me the ropes and just showed me different types of music such as Pink Floyd, Gorillaz, Eric B. & Rakim, Tribe Called Quest, etc. Currently my dad is a radio personality, he goes by the name, Combat Jack, he has a show on SiriusXM, he has a podcast and he's doing a lot of things so I'd like to say that those two people, my Grandfather and my dad were my introduction to the music industry.

Who are some of your other musical influences?

As a producer, Quincy Jones, because I love what he did, what he's still doing etc. I want to achieve a level of excellence as a producer like Quincy because he's just one of the best! Kanye West is another major influence as well, I don't know if that's cliché to say in 2017 but he has definitely inspired some of the songs I've made. Kid Cudi is another influence, I really love Kid Cudi, you can hear a lot of that in my vocals, I feel like we have the same timbre in our voice. Lastly, Pharrell is another influence when it comes to producing.

What's something different that you're trying to bring to the industry?

I feel like a lot of people are just so corny now and this trap thing is dope (I guess) but this wave is taking over music and hip hop and it's cool but there must be something else. I feel like because of the internet and how easy it is to make music it's giving people a lot of access to become famous and there's nothing wrong with that but at the same time there's a lack of knowledge and respect for the game and the beauty of the music industry. A lot of kids nowadays when they get interviewed on platforms like VladTV or the radio they're just like, "Yah, ya know, I just started music two years ago," meanwhile I'm over here busting my ass, like literally taking loans out to go to NYU, risking my ability to own a house, car etc. just to major in music because this is my passion!

Everyone is just so passive and there's no real urgency, I feel like there’s no real care about what artist are putting out. Basically, what I want to do as a musician and as a creative I want to focus on myself, pay homage to those that I respect and just trying to get better as a musician. I'm not sure what's different about my music just yet but at the same time I know that it's different. I haven't come up with a distinct sound of my own so far but I do know that I have the ability to come through and shake shit up! Especially because as an artist/producer I'm also an executive, I go to school and I'm graduating with business degrees in music and recorded music and I just want to bring my business savvy side to the industry as well.

You're basically two people, IDKHIM the artist and Chuma Ossé the producer, how did that come about and why did you make the decision to separate yourself from both titles?

I started making music in 5th grade as a producer and I never really knew what to go by and I didn't want to come up with a corny name so I decided that Chuma Ossé can just be my producer name and that name identifies with who I really am as a person as opposed to IDKHIM the artist who is another facet of myself and who I am as an artist so you never know what you'll get from IDKHIM.

Are all your beats and lyrics original and created by you?

For the most part, if I've collaborated with somebody I'd give them credit of course but for the most part IDKHIM songs are usually my own beats. I've received beats from other people at NYU and I collaborate with other music students as well so there's things like that, I like to keep everything in-house, I'm typically the writer, producer, artist etc. I like the fact that it all feeds into each other.

What are some of your plans for your summer, music wise?

Me and the TRNDSTTRS (which consists of me, KPR, and Soho) are performing at the Ace Hotel in downtown LA on May 27th and Northwestern on May 29th. I'm trying to perform a lot more, I've also been working on this project called People I Used to Love, at first it started off as this concept for an EP but because of how I work I can write four songs a day so I don't know if I want to put out a whole bunch of EP's or an actual mixtape or album.

With the huge success of your Grandfather being a Grammy Award winning producer and your father being an Entertainment Mogul, how has that helped your music career?

It's interesting, my grandfather has only heard my first song that I made in 5th grade and before I started getting really serious about it he passed away. The urgency I have comes from his passing, the fact that he was never able to see me creatively pass my first song and because he was the one who got me into it I feel like I have to keep continuously pushing myself and the boundaries of music and everything I'm doing. To have someone in your family win a Grammy Award really puts things into perspective that anything is possible, he came from relatively nothing, didn't know how to play any instruments, he taught himself everything and worked his way up to receiving one of the highest awards that an artist can get.

On the other hand, my father as a mogul, that's where the business savvy aspect comes into play. It just shows me how multifaceted you can be in this industry and really how multifaceted moguls are, they have their eye on a lot of things and being aware of the Lyor Cohen's and the Russell Simmons' and being obsessed with the history of it all really comes from my dad being so close to it and putting me on to everything about it.

Who are some artist that you would like to collaborate with in the future?

Benjamin Clementine, he's a singer from London. I also want to work with Travis Scott because he's another inspiration, M.I.A, and Kanye West. I'd love to collaborate with anybody, I know I can make any type of music and I can write for anybody, I can be featured on any song, I just want to work with as many people as I can and take on as many opportunities as possible.

What’s some advice that you can give to other aspiring artist?

Have tunnel vision, block everybody out and if you're really committed to this go to the place where you create your music and do that daily or weekly because you need to constantly be working on your craft if you want to be better and if you want to get somewhere. Weigh your priorities, do you want to go out all the time or do you want to get better as a musician? If you really love the music then commit yourself to it.