Choosing Hope In This New America

I was lucky enough to grow up in the era of "we the people" and I will not forget what that means. 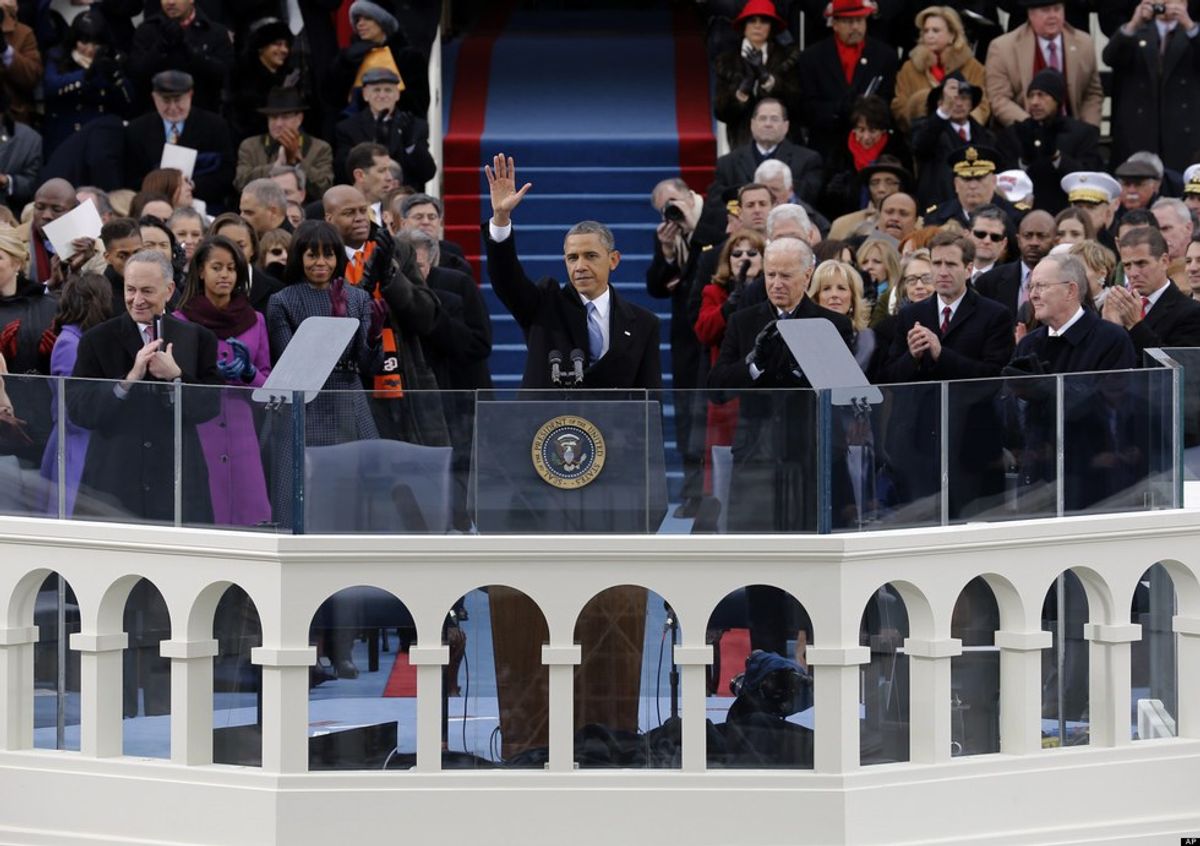 In the time I've been on this earth, I've tried really hard to stay under the radar. Not because I don't like attention, but because I don't want to hurt anyone's feelings. Or make anyone feel uncomfortable because of what I believe in or stand for.

Then the election happened.

And I realized that I couldn't be silent anymore. Because the people I love are in danger, because my rights are being questioned based on something I had no control over, because diversity is being challenged.

I feel so incredibly fortunate to have been born in America. The land of the free and home of the brave. A country that is full of different races, ethnicities, and religions; people that make up the melting pot that is this nation. All so beautiful because they are different than the person next to them. We are a society that's created by different cultures and histories and experiences. I would not be the person I am today without my fellow countrymen (and women).

But over the last few months, I have seen hatred and anger take root in the hearts of my fellow Americans. I saw a man who's entire campaign was founded on hating others for their differences win the highest seat of power in the United States. I saw cities ravaged by hate crimes against those who were different than the norm. I saw America revert back to ancient, outdated practices that have no place in our modern society. To say I'm terrified about the future would be an understatement. The last 8 years have been full of progress, hope and acceptance and in one night, all of that work was destroyed.

That being said, I have also witnessed amazing acts of kindness in light of the hatred that's taken over this country. I saw the first woman accept the presidential nomination of a major political party. I had the honor of not only voting Barack Obama into office for a second term, but living in his progressive America. I was alive when marriage equality was made legal and recognized by the entire world. I was lucky enough to grow up in the era of "we the people" and I will not forget what that means.

The best part about being human is sharing this journey with other people. Seeing the world through their eyes and learning from their experiences. If we were all the same, this life would be incredibly dull. My mom always taught me that all people are created equal because at the end of the day, we all bleed red. Nobody is better than anyone else because of gender or skin color or sexuality. Something that I think is so important to remember in the coming years.

There are a lot of unknown's in this future America, but I'm choosing not to lose hope. Because I love different and I love being from a country full of different.

Now, it's time to get to work.