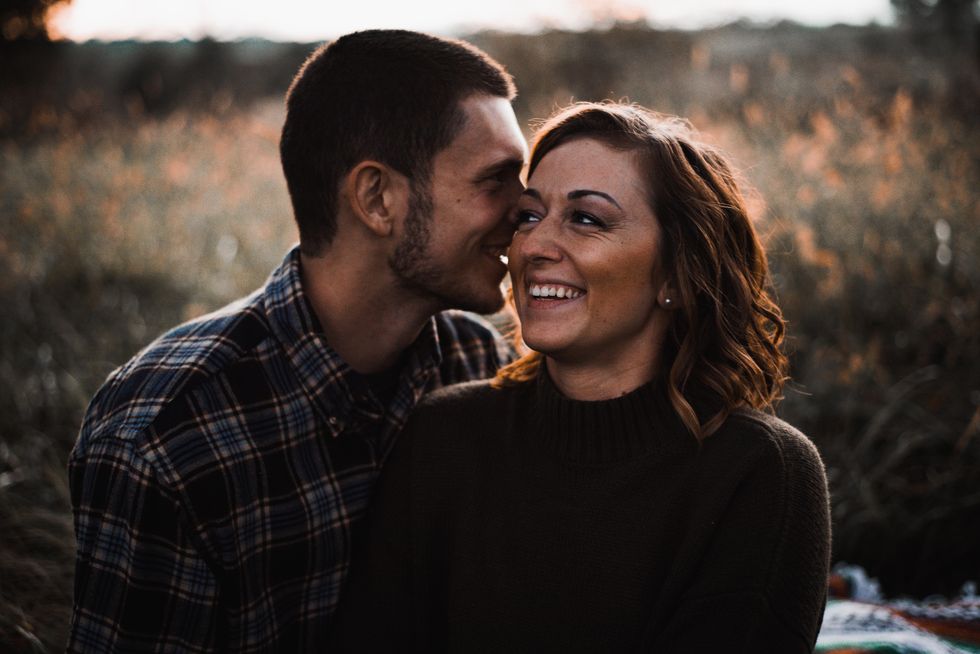 Photo by Devon Divine on Unsplash

When it comes to dating and relationships, in a broader cultural aspect, very few topics are dicey. Chivalry is one of those few. With proponents and those against it, it's easy to get lost in the mayhem.

Somewhere along the line, there's been some misunderstanding. That's not surprising since the concept of chivalry dates back for years. Chivalry originated as a synonym for knightly, that is, to describe a knight's behavior. From there, it evolved into a code for how knights should behave.

Over many years and cultures, it has come to be understood as courtesy and politeness. Today, chivalry refers to good behavior and respecting others, which is what makes it a laudable quality.

As a society, we agree that certain types of behavior are better than others. Chivalry is the epitome of good behavior. It's often been labeled as sexist, but if done in the right way, it's actually pro-women.

Chivalrous people, in general, are more respectful, helpful and confident. Chivalry forms the basis of resilience and inner strength by emphasizing self control and restraint.

Studies conducted at the University of Florida have found that the presence of chivalry is associated with better mental health, longer lives and a higher level of life satisfaction and self confidence. Chivalrous couples are happier and are more likely to have better and longer-term relationships. Children in chivalrous households also grow up to be more equipped and considerate.

Contrary to what most people think, chivalry is not just restricted to men. Women can be chivalrous, too, albeit in a different way. Being gracious, offering to help men in trouble, setting them at ease and allowing them to express their vulnerability are various ways in which women can display chivalrous behavior.

Chivalry has gotten quite a bit of backlash. It's considered to be archaic, sexist and old fashioned. However, chivalry in itself isn't actually bad. Certain kinds of toxic behaviors using chivalry as a façade are bad. A lot of people don't know the meaning of bad chivalry or fully understand its forms, but it's time they did before the name of actual chivalry is ruined.

Bad chivalry can be observed in the form of pressuring, guilting and coercion. Arrogance and entitlement also fit this bill. It's nice to open a door or pay the bill, but if the other person doesn't want it, then pressuring them to accept it is bad chivalry.

Chivalry isn't an excuse to act condescending or superior.

Being chivalrous makes you courteous, but it doesn't automatically allow you to guilt or coerce others into actions they're uncomfortable with. Pressuring for sex, demanding huge favors, probing into personal lives and then using chivalry as a justification is simply not OK.

Many times, people feel that they're owed something for behaving chivalrously and will constantly try to brag or draw attention to it. They can also feel that superficial chivalry allows them to manipulate or gaslight others. Such behavior is toxic, not chivalrous.

It's also worth noting that the difference between good and bad chivalry is often determined by the person's body language and manner of speaking. Excess eye contact, leaning in too close, being crossed or closed off are examples of bad body language. Passive aggression, condescension, cussing excessively and being too loud are bad tones. Your conduct may be chivalrous, but if your body language, tone and intentions aren't, then that's bad chivalry.

Good chivalry isn't just restricted to dates or strangers. It extends to one's family members, friends, colleagues and spouse as well. Contributing to the household chores, providing for your family, being there for others in times of need/trouble and doing your share of the work are all included in this. These are basic things that go a long way in showing people that you care.

In many situations, an individual is required to put somebody else's needs before his/her own desires. In good chivalry, the relationships are based on mutual esteem and civility, which forms the basis of etiquette and respect. In a world filled with chaos and cruelty, we could all do with the compassion and regard that good chivalry has to bestow upon us.

Despite what many think, chivalry isn't dead yet. It's dwindling on life support. If we give up on chivalry, we lose the very basis of generosity and heroism. We all want to live in a world in which both men and women protect and honor each other to the best of their abilities. To do that, we need to bring back chivalry, good chivalry.

9 Study Tips To Help You Succeed This Semester

We could all use a little help.

Unfortunately, the time is here. It is officially the spring semester, and you know what that means: lots and lots of studying. If you are in the same situation I am, then you are probably doing your 3rd semester of online/hybrid school. Not being at school or not attending classes in person definitely makes learning and studying a lot harder. Because I know this struggle all too well, I put together a list of study tips to hopefully help us all succeed a little more this semester.

Looking for a gift idea for your long-distance Valentine's date this year? Here are some creative, thoughtful gifts for you!

As Valentine's Day approaches, I realized that it's the first Valentine's Day I have had with my boyfriend that we're more than 6,000 miles apart. Despite the distance though, my mind has been reeling over what to get him, as one of my main love languages is gift-giving. So here are some ideas that I've seen that I think would be perfect for any relationship, whether you're together or apart.

21 Truths To Manifest In 2021, Because Your Thoughts Have More Power Than You Know

Each and every day, we have a choice. Make it a good one.

To be perfectly honest, I wasn't sure how to write this article.

We text all the time, so it's no surprise you may find yourself wanting to pick up your phone even when you're driving.

You're driving to the grocery store when your phone buzzes in your pocket. You instinctively reach to check it, but it can wait until you park. These are eight statistics to read before you text and drive because they'll change how you view your time on the road.

Everyone's made the mistake of looking at their phone while in the driver's seat, but not everyone gets home safely afterward. Learn why it's better to avoid distracted driving so you don't become one of these statistics this year:

Even at my lowest, the number on the scale never seemed low enough... but was it ever worth the risk of losing my life?

Trigger warning: This article discusses topics that may be triggering for some readers.

I looked down at my thumb today. I know haven't been eating enough. I told everyone I would get all my vitamins and calories in. I totally wanted to eat more of the guacamole I bought the other day, but I counted what I had eaten and those numbers seemed a little too high. I decided I didn't need the extra helping, so I went to bed and the guacamole went bad.

Hey, Guess What, My 'Useless' Degree Actually Makes Me Money

Acting school wasn't a waste of time or money, Dad!

When pursuing a degree that most deem 'useless' or a 'waste of time' there happens to be a lot of self-doubt and fear, especially with the pending doom of graduation around the corner. I remember when I was about to graduate from college with a Bachelor's in Acting, I was absolutely terrified.