A Child’s Curriculum of Phonics, Mathematics and ... Terrorism?
Odyssey

A Child’s Curriculum of Phonics, Mathematics and ... Terrorism?

We want children of future generations to remain “woke." 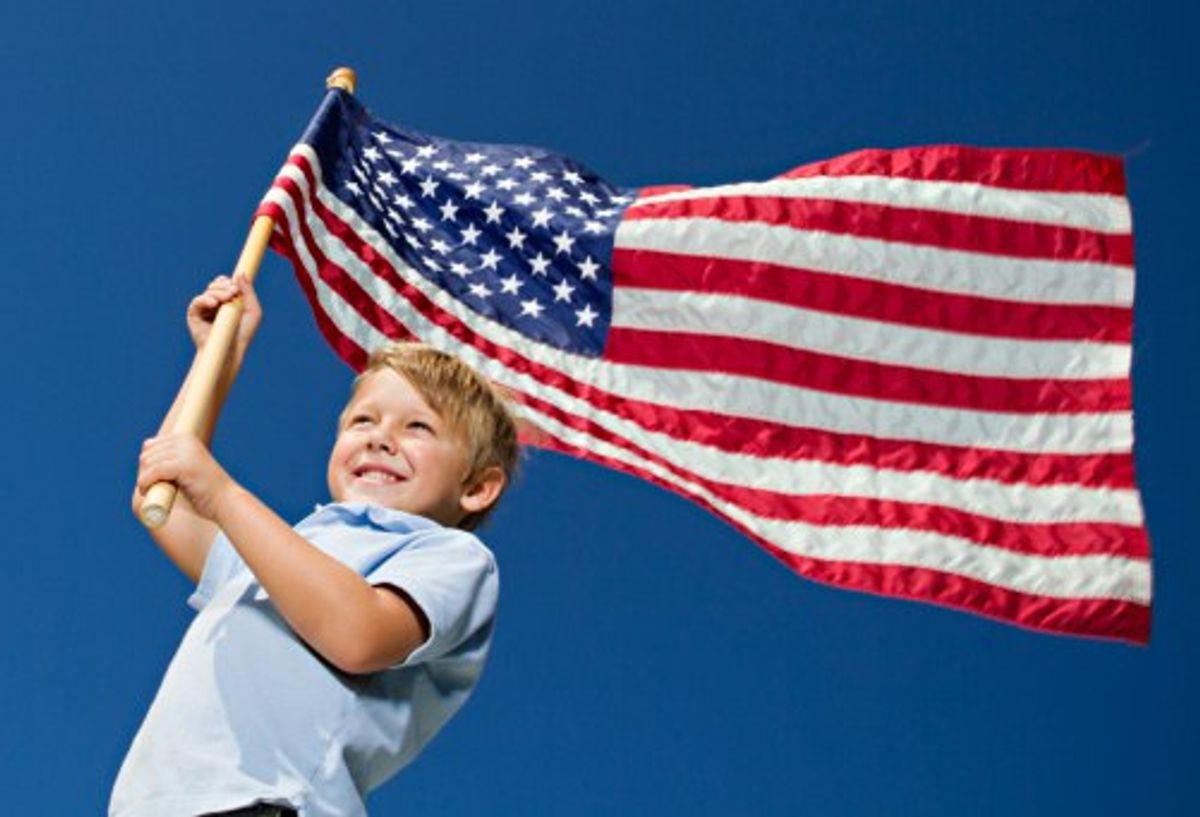 We turn on our televisions and what do we see? Newscast reporters delivering the most updated information about political controversy. We listen to the radio and what do we hear? Radio broadcasters debating upon the most recent societal conflict. We read newspapers and what do we learn? Journalists discussing the most inflamed stories about the government. We browse the internet and what do we discover? Political activists justifying their opinions on the latest dispute for government intervention. It is instinctive, as well as constitutionally rectified, for individuals to rage over the tumultuous nature of society. However, the one characteristic shared among these individuals — other than their outspoken inclinations — is the fact that they are adults, who focus on adult concerns and appeal solely to an adult audience. Unfortunately, society often forgets to account for the majority of children that comprise this world, particularly those that are able to radiate brilliance and happiness in a world constantly battered by dark misdeeds and evil injustices.

Understandably, universal matters such as terrorism and war and mass murder are not exactly considered to be “dinner table talk,” but rather it is the unspoken words that ripple through children’s minds as little Thomas must hide under the table when his mother hears a spontaneous gunshot or when sweet, innocent Lucy watches a hoard of soldiers frantically run down her street.

In connection with one of my previous courses, Child Psychology, which clarifies adult misconceptions about child conduct and behavior, I am educated enough to advise adults to converse with their children about topics that seem “political” or perhaps “radical.” (At an appropriate age of comprehension, of course!) Adults have the tendency to believe that children are too naïve and immature to understand the harsh realities of life. However, it is not as though children lack the adequate mental competence, but more so, adults underestimate their potential. Regardless of their inexperience in the real world, children possess the merits of creativity and imagination, presenting them with a greater sense of open-mindedness and optimism adults usually grow out of. Adults often mistaken this heightened positivity for immaturity and naiveté, yet it effectively enables children to cope with unfamiliar situations.

The perspectives of children should be brought into the light and introduced as a priority, a revolutionary way of thinking and communicating for adults. Young children are known for their persistent nagging, yet developmentally, this serves as a means for them to express their willingness to learn and understand the innermost functioning of the world they live in. Parents should be honest with their children and answer their questions with as much clarity and simplicity as possible. Change is one of the most traumatic events that can occur in a child’s life. Still, gentle, subtle explanations of worldly matters that also impose certain limits to discussion offer a valuable approach to consistent communication between parents and children.