To The Police Chief Who Handled My #MeToo Case
Odyssey

To The Chief Of Police Who Gave Me Hope, Even When He Couldn't Give Me Justice

You never gave up on me and taught me that there is hope — even when justice isn't served. 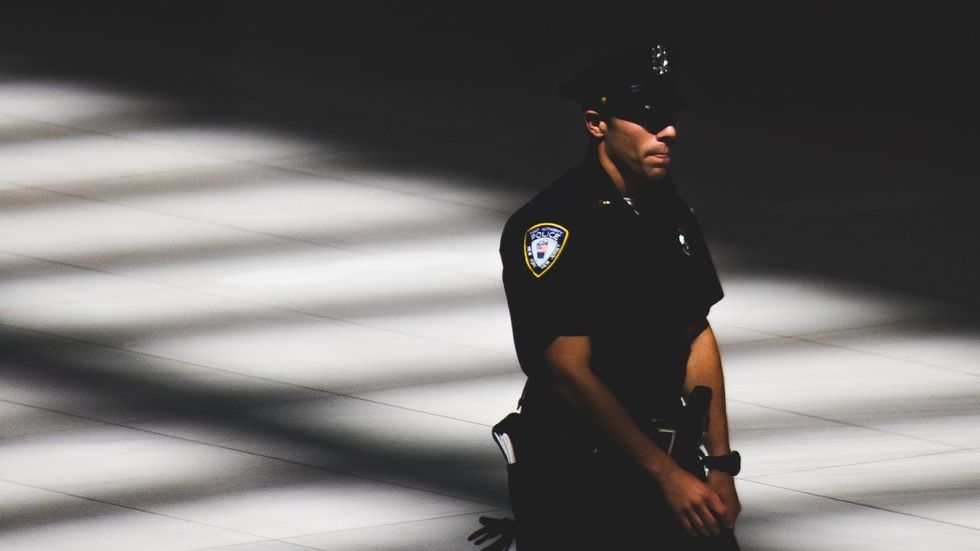 I have had very contrasting experiences with law enforcement. Thankfully, the impact that one chief of police had on me gives me hope for other survivors of sexual assault.

I woke up Valentine's Day, 2018 to the tragic reality that something had happened to me the night before. I had such limited recollection. I struggled to put the pieces together for a week. The more I remembered, the more I wanted to forget. I was in denial.

I didn't want to believe I had been raped.

It had just passed the year mark of my sexual assault during high school. I grew very sick, which concerned me that I had no clue what my body was enduring physically. Mentally, I already knew I was struggling. When I finally disclosed — about a week and a half later — that I had been raped to my RA, she supported me and helped me find further support. I called my father and disclosed to him. He made the trip to the college I was attending at the time. He was right by my side through everything that followed.

Another factor that prevented me from reporting sooner was not only my fear of who assaulted me but the fear that I would be re-traumatized. In my past, victim blaming was so prevalent that I feared this incident would be treated the same.

The chief of police that responded to my case was extremely patient. He was clearly familiar with how trauma affects memory, so he documented everything I could recall at that time. When he questioned me it was evident that he knows how to efficiently speak with victims. Never once did any question or statement sound like it was blaming me, the survivor.

I was speechless by the end of the day... For once, I felt heard. I thought reporting was the most terrifying part until I met this chief of police.

There were many incidences where I was harassed, school-ordered no-contact orders were broken, or I simply felt unsafe. I could always call him. He would check in often, which I am forever grateful for. I was scared all the time, but I never felt that I was a bother to him. It didn't matter the hour or circumstance.

I went to the county's courthouse to file for a personal protection order (PPO). Thankfully, my request was granted that same day by a judge. The next time the guy who raped me was on campus, the chief served him the papers rather than me having to pay someone to serve the papers as a third party.

In the following months, the chief continued to act on my behalf. He reached out to the college and obtained the documents from the school's proceedings. During the summer, he made the almost two hours drive to pick up my phone for evidence analysis. He was always on top of things, assuring me how the process goes and how time-consuming it is.

This past winter, around a year after the rape, I meet with the prosecutor who was assigned my case. I faced many brick walls. In sex crimes, it is especially difficult to prove anything beyond a reasonable doubt. The burden of proof is what it comes down to. Rapists are seemingly always a step ahead, making sure they have others to back them up and lie for them. It works both ways — one cannot always prove a rapist is lying, and one cannot always prove a victim is telling the truth beyond a reasonable doubt.

The rapist(s) and victim(s) are generally the only ones who were present during the incident. Therefore, sex crimes sadly come down to "he said, she said." It is rare that a prosecutor will choose to proceed with a case as such. They risk losing, and that fear outweighs the chance of justice time and time again.

I took the news really hard. I found out that the lab never even analyzed my phone during the six months they had it. The chief picked it up for me and I finished the paperwork to receive it back.

It seemed pitiful that my case, my story, had come down to that point. All he could offer was my phone back. He apologized that I was experiencing the emotions regarding not receiving justice.

The thing is, this experience — this chief of police — taught me more than I could have imagined. He taught me that members of law enforcement can remain neutral and do their jobs, at the same time as being compassionate and patient. I will forever be grateful for his support through one of the hardest chapters of my life.

Since this experience, I have grown eager to help spread education in the county I live in regarding how law enforcement can do their jobs with understanding for what victims of sexual assault may be going through.

Whether it be life experience, experience on the job, training or all three, this man proved to me that there is hope — even when there isn't justice.