Cheers To The Beginning Of The End
Odyssey
CurrentlySwoonLifestyleHealth & WellnessStudent LifeContent InspirationEntertainmentPolitics and ActivismSportsAdulting
About usAdvertiseTermsPrivacyDMCAContact us
® 2023 ODYSSEY
Welcome back
Sign in to comment to your favorite stories, participate in your community and interact with your friends
or
LOG IN WITH FACEBOOK
No account? Create one
Start writing a post
Lifestyle

Cheers To The Beginning Of The End

It's truly terrifying, but the best is yet to come. 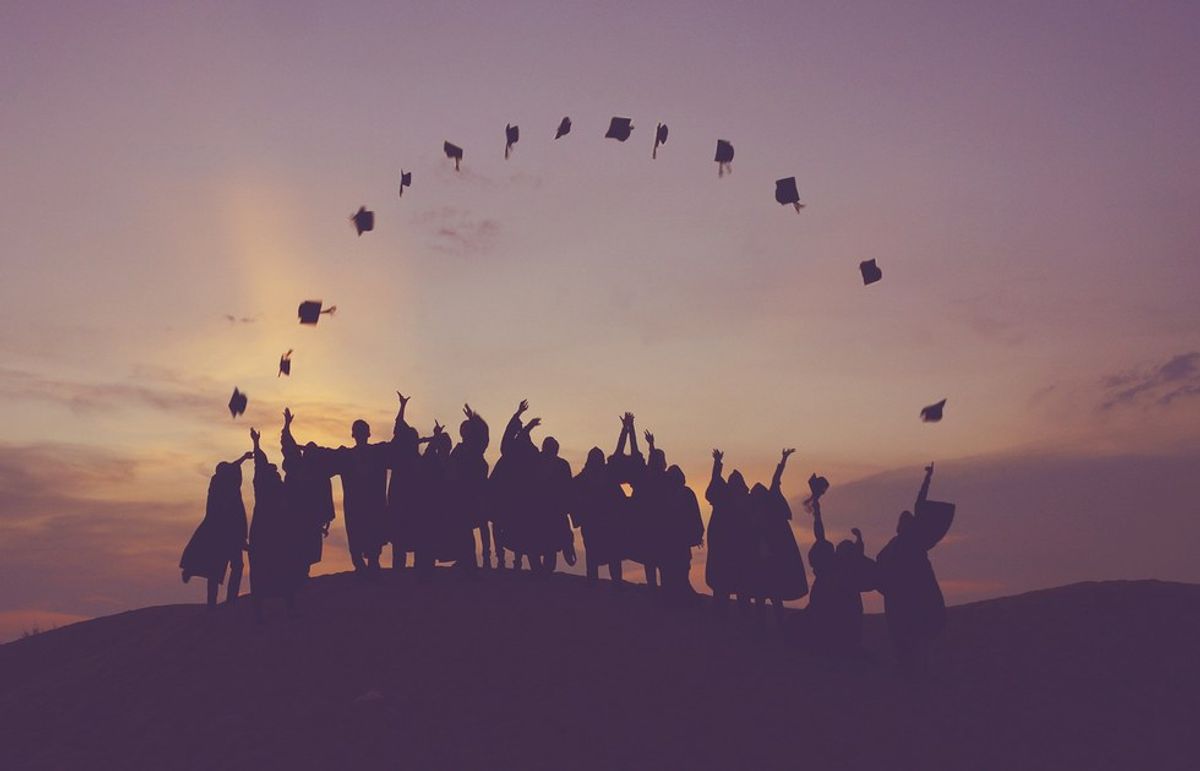 I only thought that I would be sentimental about my last year of high school. I mean really if you think about it, that is an accumulation of almost 13 years of education, long nights at practice and saying goodbye to some of your closest friends in life.

And what's funny is that even at the time, I was ready to get out. I was ready to leave and have a new adventure. And on that last day of school, I was a mixture of so many random emotions. And what's even funnier is that I was mostly excited because I was "done" with school. Yeah at least for an entire summer, and then it was back at it for another long four years of even more grueling schoolwork.

It's crazy, now that I am about to begin my last semester of undergrad, I am saddened by all of the things that are going to be ending.

Like I will never sit in the Alabama student section again for a Football game. After this semester, the memories made between my friends and me in the common room of our sorority house will be just memories and not a reality. Going to Innisfree for pitchers at 2 p.m. on a Thursday afternoon in the spring will no longer be socially acceptable... well, we'll see. And lying in bed until 4 p.m. on a Sunday will definitely no longer be socially acceptable.

But with the beginning of the end near, and another year behind us, we also have a lot to look forward to.

Like Graduation... I mean it's scary but also exciting. It's the accumulation of 12,000 buckets of tears and late nights at the Library finally getting paid off.

And our first jobs.

And moving into our first real place. That will surely be a dump but it's truly ours so we will love it anyways.

We will understand the value of making a list for the Grocery store because getting to the counter with five bags of chips isn't what we needed.

We will come to know that we can no longer order four of the same beige colored shirts online because we will finally realize that we don't need them and we will stop trying to convince ourselves that we do.

We will definitely begin to understand the burden of taxes after our first real "adult" paycheck comes in.

Some of us will move to a new city, one of which we probably don't know a soul but who cares because it's a new adventure.

I mean the list of firsts for us goes on and on.

The end of college will be fun and scary and the thought of not knowing what life holds will keep us up at night. God knows I'm already losing sleep over it. But, that's what makes it so exciting. We have our entire lives ahead of us. To make our own choices. And to move somewhere on the opposite side of the country because why not do it now?

But most importantly, cheers to what is yet to come.

QueenRadhi
The State University of New York at Stony Brook
2989