Cheers To The Internationals
Odyssey

Cheers To The Internationals 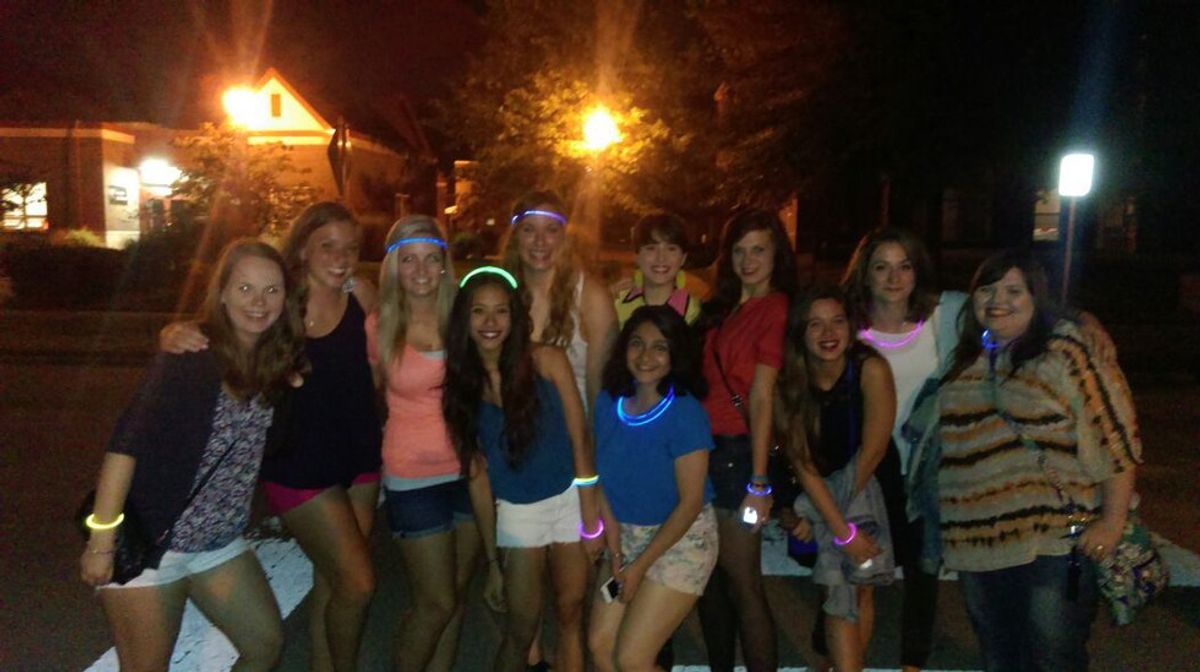 1. Internationals know how to party.

I’m the master at mom dancing. I can break out into the running man like nobody’s business. If there’s a fire, I can sprinkler with the best of them. While the dance moves might be impressive to me and my mom, they’re not exactly impressive to anyone else. They’re definitely not the type of moves you bring to a party hosted my internationals.

First of all, they have killer music. Whether the music is being mixed together by one of the best DJs I’ve ever heard, or the lyrics are in a different language, the music gets you moving. There’s technically no "wrong" way to dance at an international party, but the dancing is more all-consuming and enthusiastic than a normal party. They also dance ALL. NIGHT. LONG. Literally, the can go until the break of dawn. It’s insane as well as awe-inspiring. If you have the chance to attend one, do it!

It’s insane the amount of food that I didn’t know existed or thought to try without the influence of my international friends. I’ve tried things that are amazing, and things that aren’t so great, but the people who showed them to me and the experience of trying them will always be close to my heart.

I’ve had Yucatan bread from Ecuador, which by the way, you should try. They’re great and extremely tasty. I’ve tried Jaffa Cakes, and while it was an interesting taste, it wasn’t for me. That being said, I’m not too keen on orange flavored things, and Jaffa Cakes have an orangey jelly in the middle. I would’ve never tried sushi, or hummus either. This could just be specific to me, but without my best friend, there’s a lot of things that I wouldn’t have tried, food wise.

3. Their style is fabulous.

Hands down, internationals always have a killer sense of style. They know how to dress for every occasion, and even when they don’t try they look fabulous. It’s a bit unfair. I’ve definitely been influenced by their style. Never in my life would I have imagined owning and wearing crop tops or high-waisted shorts. I even had an aversion to colored lipstick (I’m more of a chapstick kind of girl), but with them looking great in it, I thought I would give it a try. Now I borrow my best friends tops all the time. (Don’t worry, she borrows my stuff too.) While it may not look as great on me as it does them, it definitely makes me feel super confident when I wear that stuff, so I do it anyway.

4. They're some of the nicest people you'll ever meet.

Hands down, the friendliest people I have ever met have been international. They are so willing to talk to anyone and everyone without hesitation. They make anyone and everyone feel comfortable no matter if they’re one of the only non-internationals at a party, or not. They want you to have a ton of fun no matter where you are. Once they know you, you’ll typically always be greeted when they see you, whether it be with a hug (which it usually is), or a shout across the hallway. They seem to never forget a face.

While these don’t nearly cover half of what it’s like to get to know people from a different culture or background than America, they are definitely an upside. They are great people, both as a group and as individuals. One of the best experiences in my life was opening myself up to people who are different than me. Internationals are great! You should try it out yourself, I bet they welcome your new face with open arms. I guarantee you won’t regret it!