Surprise! Going vegan isn't nearly as expensive as you might expect. 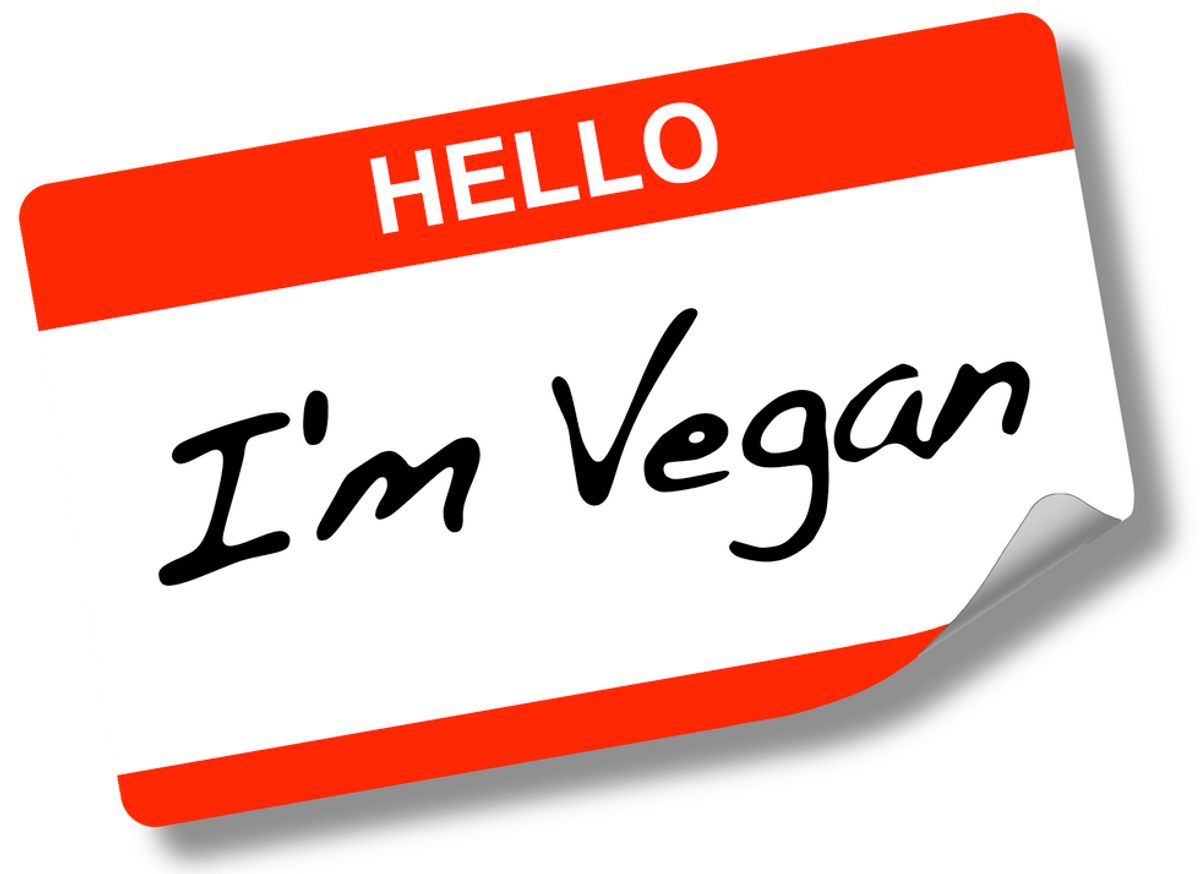 As most people who have met me know, I have already been vegetarian for quite a while now. Specifically, I was a pescatarian, meaning I was still eating seafood, but no meat. I've been this way on and off for about 9 years (and consistently for past 3 and a half years). However, a little before Christmas, as sort of a New Years Resolution and just a �way to try to better myself, I decided I wanted to start giving a completely vegan lifestyle a shot. That means cutting out all animal products.

Sounds impossible, right?! Well...no, it isn't. I know, I always thought it sounded like something I could never do. (And some aspects of it definitely are hard. I really love cheese and, while I haven't had trouble giving it up, I have had trouble finding decent substitu�tes for it.) Over winter break, I started trying to grocery shop for more vegan items, and that wasn't difficult, but actually avoiding animal products while living at home with my family definitely is. Not to mention the holidays made it tougher. But since I started back at school this semester, vegan life been going pretty well for me. I've gone grocery shopping a few times with one of my friends who is also trying it out and we haven't bought any animal products. We've both really enjoyed it and have learned a lot of new ways to cook, not to mention feeling a lot healthier than when we were eating animal products. I even just baked her a vegan cake for her birthday, including making my own frosting.

So I wanted to share with you guys some of my favorite vegan foods I've found and/or cooked up so far. They're really simple foods and not expensive at all. I totally get the money struggle being a broke university student, so I've sought out the cheapest yet highest quality foods I can get.

I know, I bet you never expected Ben and Jerry's to make vegan ice cream either. But this is amazing and tastes just like their regular ice cream. I may or may not have eaten the entire pint two days after getting it.

These were the first officially "vegan" product I bought-- before I'd thought about going vegan, they caught my eye in the grocery store I shop at near my school. They are delicious and taste just like regular Hot Pockets!


This one is pretty simple and subjective to your preferences-- just throw into a pan some oil, a few types of veggies, your favorite spices, perhaps a form of protein (beans or tofu), and some ki�nd of grain (I used quinoa for mine, rice is good too), then sautee 'em up. For example, when I made stir-fry, I put in quinoa, black beans, kale, tomatoes, carrots, onions, broccoli, and various spices.

I made this recipe for brownies twice and they turned out amazingly both times. I put crushed candy canes in them when I made them because it was for my Christmas baking-- I usually like to make peppermint brownies for Christmas, but the ones I've made in the past have Nutella and eggs, so I wanted to find a vegan recipe this year. They tasted almost the same (minus the hazelnut taste of the Nutella of course) and everyone who ate them couldn't even tell the difference.

There is so much you can do with ramen, even as a vegan. Forget just heating it up with the flavor packet (which, excluding the original flavor, I'm pretty sure isn't vegan anyway). Just boil up the noodles on the stove and throw in spices, veggies, vegan cheese, tofu, whatever floats your boat. Or something an ex-roommate taught me that tastes delicious is to boil the noodles, drain them, then add olive oil and garlic salt to them. You can even add peanut butter or peanut sauce to it to make it like Pad Thai... which brings me to my next idea.

I somehow came up with a vegan version of Pad Thai when I was experimenting one night earlier this week�! I cooked some tofu with cumin, garlic and other spices, boiled some ramen noodles, then combined the two and poured peanut sauce over them. However you can probably do it a little differently, like use regular pasta noodles or rice, or use peanut butter instead of peanut sauce. Whatever way you make it, it's surprisingly simple and delicious!

One amazing thing about being a vegan is you never have to give up guac-- or avocados in general! Avocados are incredibly healthy for you in addition to being delicious so I recommend eating them frequently. Guac has been one of my favorite foods to make for a few years now, and going vegan doesn't require modifying it in any way. Just add cilantro, tomatoes, onions, lemon juice, lime juice, salt, and garlic to some avocado, and there you have it (at least that's how I like to make it, although you can add or subtract ingredients as you please). However, I realize not everybody is on the level to wing it like I am, so if you need a recipe here it is.

A vegan friend of mine taught me how to make these when we got together over winter break and I was so in love that I bought the ingredients to recreate them on my own. All you need is spring roll wraps (that you can buy in the international section of the grocery store), some veggies of your choosing, spices, and an Asian dipping sauce of some sort (I like using soy). This is another one of those foods that's subjective and interchangeable to your preferences, however, how we made it is we chopped up celery and avocados, took some shredded carrots, wrapped everything up in the spring roll wrap, added some garlic and salt, then rolled it all up.

There are many different types of dairy-free milk to drink, so that's up to you, but I personally prefer almond milk. I recommend getting the sweetened vanilla flavor. Make sure it's sweetened though because it tastes quite different unsweetened-- and not in a good way. Any brand of almond milk that you can find is pretty decent, they all taste equally delicious.

10. SoDelicious coconut milk yogurt (and their products in general)

One of the first vegan products I bought and I love it. You can add fruit or whatever you want to it just like regular yogurt. I liked eating it with blueberries and cinnamon-- yum! This brand of dairy-free products has a ton of yummy stuff, such as ice cream, coffee creamer, and around the holidays they even have different flavors of egg nog, which really was "so delicious."

So these are just a few of my favorite vegan foods that I could come up with to share. I have several more suggestions I could make, but that would warrant this article going on forever. Feel free to leave comments of your own favorite vegan products if you know of any and want to add to the list. Whether you are vegan, thinking about going vegan, or just know someone who is, I encourage you to pass this along! While I understand the vegetarian/vegan lifestyle isn't for everyone, there are more ways to eat without animal products than you might think.