Lil Huddy Should Have Been Canceled After Racist Comments, But Apparently Cheating Is What Crossed The Line
Odyssey

Lil Huddy Should Have Been Canceled After Racist Comments, But Apparently Cheating Is What Crossed The Line

Cancel culture seems to not apply when he does wrong, but will that change when it involves Golden girl Charli D'Amelio? 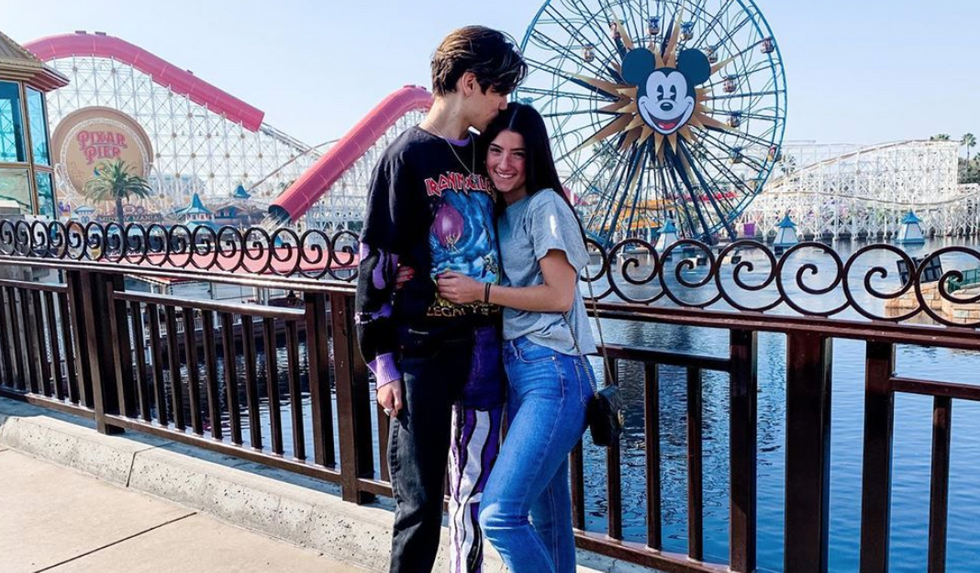 Huddy has shown that he is not worthy of his platform for a long time now, yet he still hasn't been canceled.

What's up, guys? I know ya'll see what I see.. can we please ctrl+alt+delete him already? Seriously...

Here's a rundown of the most recent actions to come to light:

Chase hits a nerve in the Tik Tok community

Around three months ago, Tik Tok queen Charli D'Amelio officially announced that her short-lived relationship with Chase Hudson had come to an end.

The overprotective approach to anything that involves Tik Tok star THE Charli D'Amelio immediately spread agreement across the social platform that Lil' Huddy was NOT worthy of Charli.

Besides this older sibling stance that no one will ever be good enough for our Queen, the reasoning behind the split was not clear....

The diss track of the year

That was until Josh Richards, former Sway House member, tagged in Bryce Hall from SwayLA to call out Chase on his bullshit.

Together they released Still Softish addressing the reasoning behind the end of their friendship between Hype House member Chase Hudson.

Let's get into it:

The track states Chase tried to hook up with Josh's then-girlfriend, Nessa Barrett, who also has a social media following. What makes this worse... besides the blatant disrespect for "Jessa" is that Chase and Josh were very close friends at the time. They had toured together with other popular creators on multiple occasions and as Josh stated in a Youtube video addressing the matter he considered Chase one of his best friends.

But that's not even the biggest reason...

A video on Josh's YouTube Explaining my beef with Lil Huddy!! and on Bryce's channel Explaining the "Still Softish" Diss-track On Lil Huddy goes into detail stating Chase was sending nudes to Nessa along with other messages trying to hookup with her WHILE JOSH WAS AT THE HYPE HOUSE SITTING NEXT TO HIM!

Honestly, how bold and disrespectful can one person be? Oh wait, this is Chase we're talking about, so very.

Keep in mind, Chase was talking to Charli D'Amelio at this time!!!

Time has passed since all of this came to light. The boys made it public knowledge that they sat down and discussed the situation. Although Josh stands firm in his choice to not associate with Chase, the boys agreed to remain civil for the sake of their friends, as members of the Hype House and SwayLA are very close and any beef creates awkward tension and can make people feel as if they have to pick sides.

FAST FORWARD TO NOW. IT IS SUMMER 2020. AN ENTIRE SEASON AKA THE LENGTH OF SPRING HAS GONE BY SINCE THIS HAS BEEN BROUGHT UP.

Chase decides to tweet that he indeed DID kiss Nessa Barrett while he was talking to Charli D'Amelio and Nessa was in a relationship with Josh Richards.

1. Where is this even coming from Chase, like... what?

Members of both Sway and Hype were quick to clap-back and go on an extreme unfollow spree giving the notion that some tea had been served and "kissing" was not all that the two did together.

Charli has entered the chat

It is no secret that Charli D'Amelio is the sweetest, most kind, unproblematic, multi-talented, unbothered, Queen if there ever was one. Period.

Which is why we all choked on our water when she took to Twitter to put Lil' Huddy in his place.

First of all, HOW DID CHASE TREAT OUR BELOVED? LET ME FIND OUT!!

Chase didn't like the hate he was receiving for admitting to cheating, so obviously the best and only choice left was for him to tweet AGAIN with a list exposing influencers for alleged indiscretions while they were in relationships.

Chase tweeted a notes document that opened with, "Since all my drama has to be put on the internet for the world to judge me, let's lay out everyone else's."

Popular creators were commenting, subtweeting, and quoting up a storm after this.

A few standouts include:

Danielle Cohn "You truly do deserve sm better @charlidamelio , like u said it's his lost:) remember your worth b"

Nikita Dragun "all these angels and demons keep capping and tweeting"

Dixie D'Amelio "ur wild. stop playing the victim and worry about yourself."

and these are some of the nicer tweets on the situation...

Black creators and allies are over Chase having a spotlight

Let's speak on it.

There is video proof of Chase Hudson using the N-word and other racial slurs. He was exposed for these things at least a year ago, now. Unlike multiple other creators that were "canceled" following the discovery, Chase was given a nickname to make fun of the situation that is still used today.

The first line in Still Softish calls Chase "Wakanda King". Wakanda is known for being where the Marvel storyline of Black Panther takes place. It is written to be located in Sub-Saharan Africa and is the home to a black community.

The Kingdom of Wakanda is Black.

Lil' Huddy's comment sections are also filled with statements calling him a "black king" and referring to him as a black man. They even go as far as to purposefully use black emojis when referring to him. It has become a running joke for the entertainment of his supporters.

It is ignorant, disrespectful, and disturbing.

Chase has not spoken on the matter to try to bring it top an end. He simply rolls with it.

TheVault, another content creator house based in LA, took the opportunity to use the audience drawn from Huddy's cheating scandal to speak on the racism they have experienced first-hand by Chase. TheVault has a more diverse roster than both the Hype House and SwayLa. They have Black, white, Latino, and Asian members in their house, as well as members of the LGBTQ community.

The story goes as so, allegedly Chase and/or the Hype House was having a party and invited members of TheVault to attend. A bit after arriving, it was said that Chase pulled aside a member of The Vault that was white and told him that he could stay but the black creators and creators of color had to leave.

This is only a short piece of what TheVault dived into regarding Chase's racist ways.

Moral of the story?

Chase Hudson is overdue to not only be canceled but discontinued until he truly educates himself, takes accountability, and puts in the work to be a better person.

Keep an eye out for Still Softish part two.

Related Articles Around the Web
celebrities
Report this Content