Charlie Daniels Is A Satanist
Odyssey

Charlie Daniels Is A Satanist

One of country music's biggest stars might not be the "good ol' boy" he'd have you believe. 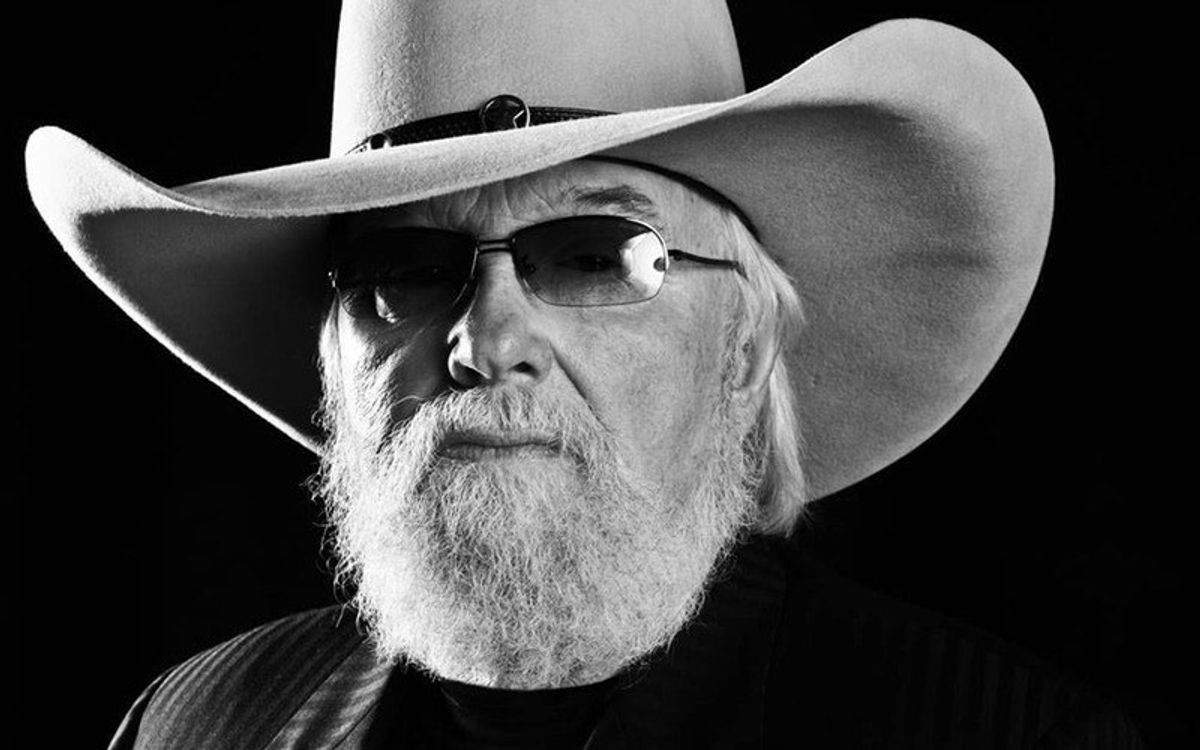 Don’t believe me? Just look at his most famous song, “The Devil Went Down to Georgia.” If you’ve ever listened to the lyrics of this song, then you know that Charlie Daniels is some sort of Satan sympathizer. The way he portrays the Devil doesn’t seem like some demonic entity. It sounds like a guy I’d like to get a drink with after a long day at the office.

Let’s start at the beginning of the song: “Well the Devil went down to Georgia/ He was lookin' for a soul to steal.” All right, stealing souls, that’s pretty standard Satan stuff. Let’s look at the next part: “He was in a bind 'cause he was way behind/ And he was willin' to make a deal.” Now hold on a second. “He was way behind?” Does Satan, the deceiver of men and the ultimate enemy of God, have some kind of monthly soul quota? Like, does he have some nagging demon boss leaning over his cubicle asking if he filled out his soul reports for January? That seems a little weird, doesn’t it? And then the next part, “He was willing to make a deal.” The poor guy’s stressed out, trying to get enough souls to get Craig or whoever the literal Hell he works for off his back, and he’s still willing to bargain for souls rather than just walking up to some puny mortal and being like “I’m the lord of darkness, and I’ll turn your eyes into spiders if you don’t hand over your soul.” He’s still playing fair.

The devil then comes across this guy playing the fiddle and thinks “Wow, that guy is really good.” He walks up to this guy and says “Hey, I play the fiddle, too!” He’s not too forward, saying like “I’m Satan, give me your soul or I’ll eat your son.” He takes a polite interest in this stranger’s hobbies before issuing a gentleman’s challenge. He tells the guy that if he can beat him in a fiddle playing competition, he’ll give him a fiddle made of pure gold. Which, I mean, that’s not really good for actually playing, but it sure would look good over the mantle. You’d have friends over and they’d ask where you got your gold fiddle, and you’d be all like, “Oh, I just won that in a fiddling contest against the embodiment of all evil.”

So Satan offers up this gold fiddle, and in return the other guy has to offer up his soul. Now, it’s important to note that he doesn’t force this guy to take the bet. He tells the guy “if you'd care to take a dare I'll make a bet with you.” This guy – whose name is Johnny, by the way – can just be like, “Sorry, I’m kind of using my soul right now,” and walk away, and that would be the end of it. There’s no pressure for Johnny to accept a fiddle off with the actual prince of demons. But, Johnny just says “Screw it, sure. I’m pretty good at fiddling and you seem like a pretty honest guy.” Can I just take a minute to say that Johnny is the stupidest person in any song ever? Like, there’s a lot of reasons that I might consider risking my soul in a challenge issued by Satan himself, but winning an unusable metal instrument that would probably be cursed anyway is not one of them.

So Idiot Johnny takes the devil’s bet and watches as Satan puts on this amazing live performance just for him. I mean, there’s fire flying around, a bunch of Satan’s demon buddies join in with this kind of jazzy harmony, it’s just this big spectacle of the devil laying down this really sweet fiddle solo. Go listen to the song if you haven’t heard it, it’s really cool. Anyway, the Devil finishes and Johnny’s just like, “Eh, that was all right, but check this out,” and then starts singing a bunch of nonsense about chickens and bread pans and getting bit by his Granny’s dog or something while putting down a pretty solid fiddle solo himself.

So Johnny finishes, and the devil, who is apparently the judge of this completely subjective competition, declares Johnny the winner. How good of a guy do you have to be to put on this totally incredible performance and then declare the other guy the winner, even though you could easily just say, “Nope. I won,” and take the idiot’s soul to stupid Craig so he won’t chew you out for not meeting your soul-stealing quota for the week? That’s sportsmanship, right there.

Not only does the Devil let Johnny keep his dumb soul, he gives him the gold fiddle, just like he promised. I don’t know what a fiddle’s worth of gold comes out to in American dollars, but I’m willing to estimate that it’s somewhere around “a lot.” And then, after Satan does the right thing and honors their agreement, Johnny is all like “Come back any time you want your butt handed to you, sucker,” and calls Satan a SOB. Really, man? You’re talking to the actual Devil right now. He could probably turn your intestines into cobras or set your bladder on fire or something equally as horrifying, and you’re just mocking him? After he gave you a solid gold fiddle for winning a competition that he judged? Johnny isn’t just stupid, he’s a total jerk. He’s literally worse than the devil.

So yeah, Charlie Daniels is a Satanist because he created the only version of Satan I’d be willing to take to a family barbeque. I bet hellfire would be great for grilling.