I Changed My Major 3 Times And It's Okay
Odyssey
CurrentlySwoonLifestyleHealth & WellnessStudent LifeContent InspirationEntertainmentPolitics and ActivismSportsAdulting
About usAdvertiseTermsPrivacyDMCAContact us
® 2023 ODYSSEY
Welcome back
Sign in to comment to your favorite stories, participate in your community and interact with your friends
or
LOG IN WITH FACEBOOK
No account? Create one
Start writing a post
Health and Wellness

I Changed My Major 3 Times And It's Okay

It's your major, not your career. 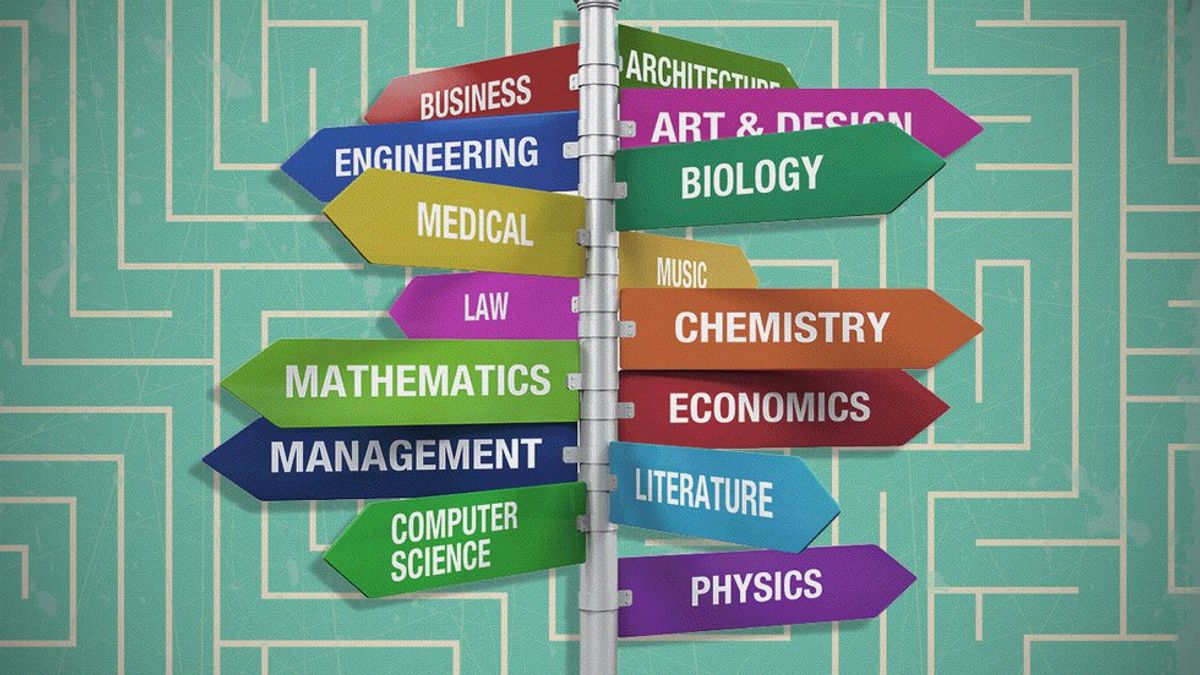 I remember the day that I realized I wanted to change my major. I felt really silly at first-- like all out of sorts because my plan was all messed up now. But, you know the best part? Life went on. In high school, they make you think that you have to have it all figured out on your first day of your freshman year of college. I know that it's good to have a plan, but if you don't know what you want to spend the next four years getting a degree in, then I think that's OK.

I sat in one full calculus class and endured an entire semester of microeconomics before admitting to myself that a degree in business just was not in the cards for me. After that hard fall, I spent hours dwelling upon the decision I had just made as if my life depended on it. I had a really hard time accepting that college is about change and that changing your major is really just apart of the process for some. In addition to that, it was hard to accept that choosing my major did not mean I was choosing my career. For some majors, this is absolutely the case, but for most, your major only opens other doors for you to have a remarkable career doing whatever you love.

The day before I started the next semester, I changed my major to a double in communication studies and English. After spending that spring semester in a gateway communication studies course and English courses too, I went home for the summer still completely confused about what it is I wanted to get out of college. I stressed over making the wrong decision and I worried so much about how I was ever going to know what I wanted a degree in.

The third time that I changed my major, I changed it to English with a secondary education licensure. This was a pretty big step for me, but I'm so glad I did it. If you're in a similar predicament, don't be afraid to change if you think you need to. If you aren't happy in your major and you think you might be more interested in another, you will never know if you never take the step.

If you are having thoughts about changing your major, reach out to an advisor or professor in the major that you are interested in and discuss the change with them. They will most likely be more than happy to help you make the decision. Additionally, don't overthink it too much. It's so important to have a plan and to set goals for yourself, but there is a fine line between doing that and talking yourself out of something that could be the best choice for you. It might be scary and unsettling at first, but if your heart isn't in what you're studying, then you need to find something else to learn. College is too precious, too expensive, and way too short to waste it on a major that you don't want to be in.