The Great Things Chance The Rapper Has Been Doing
Odyssey

The Great Things Chance The Rapper Has Been Doing

Lil Chano from 79th is making waves in the world of music. 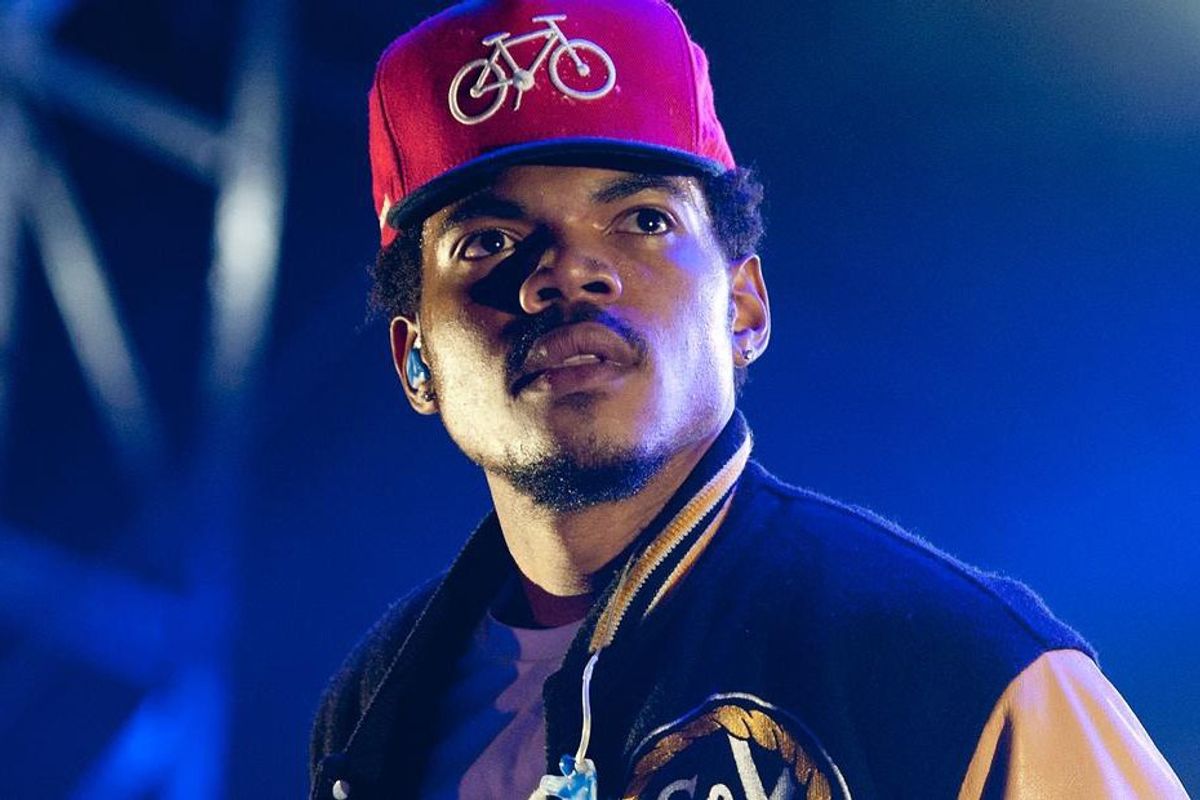 Chance the Rapper has been doing great things in the rap community for a while now. His classic trio of mix-tapes—10-Day, Acid Rap, and Coloring Book—are all well-known and cherished. For the latter of the three, he received three Grammy nominations despite the fact that he only ever streamed the mix-tape, making him the first artist to be nominated for a Grammy for an album that was only ever streamed. What makes Chance so alluring, though? I think it’s a combination of his less-than-typical message and his audience.

Chancellor Bennett raps to my generation, who is now grown up and in the phase of becoming adults living in the real world. He also raps for generations above, who have grown up and gone through many changes. Chance’s music is so enticing because it speaks to the heart of its listeners and tells them something that they don’t often hear. Instead of taking a very real and tangible approach to speaking of love and drugs, Chance is able to talk about the less innocent side of life with abstraction and in a way he’s able to enter the listeners mind and evoke the very thoughts and emotions that they had when they did the things he talks about. His approach to rap is very artistic and impressive. Instead of talking about doing loads of drugs, he made a song Cocoa Butter Kisses in which he raps about how his loved ones who raised him are disappointed by what he does. In Lost, Chance takes a bad breakup that is filled with drugs and absence of presence and makes an extremely artistic song describing the pure emotions felt in a breakup. These themes resonate with the young people who listen to Chance.

Not only does Chance rap about drugs and love, but also about change. This theme resonates very powerfully with those who listen to his music. Songs like Same Drugs artistically compares doing different drugs with growing up and changing. In this song, he speaks of a girl who was once close to him growing distant, and his words are filled with a mix of confusion and sadness. At the same time, later on in that album, he wrote a song Smoke Break which speaks of the stress involved with paying bills and raising a child where he speaks to his wife and tells her that they deserve a smoke break. It’s a very emotional song which touches the hearts of young adults experiencing the change between being kids with little responsibilities and being adults with all responsibilities. His use of drugs in the song are just as beautiful as they are in Same Drugs, as they stand as a symbol of the past that he wishes he had back but knows that he can’t.

Outside of his raps about growing up and experiencing sex and drugs, Chance is an overall positive rapper. I think that this contributes largely to his success. For example, in Coloring Book he includes a small interlude just to tell the listeners that they’re special. In Finish Line, he speaks of his childhood dog dying but only to tell the listener that he’ll see him in heaven and that he’ll race up the stairs to get to him. In Hey Ma, Chance thanks his mother and “moms” in general for the work they do to raise their kids. His positivity and kindness bleed right through his music and you can tell just by hearing his voice that he’s a good person.

I think Chance the Rapper’s success is due to his talented approach to rap. He’s able to speak to a generation who is being slammed with the prospects of becoming adults and are stressed out. Instead of pointing them to abuse drugs like many other rappers, Chance uses drugs artistically and brings out an unexpected beauty in them while remaining clear to point out their negative effects. While some are stressing out, listening to Smoke Break can resonate with the emotional hardships of being consumed by work. Listening to Same Drugs can bring us back to the years passed where we made and lost friends and changed. Prom Night reminds us of the emotions surrounding exiting high school and it personally brings me right back to my own prom. His music is loaded with art that is—whether intentionally or not—perfectly suited to be devoured by college-aged young adults finding their place in the world.