Chance The Rapper: The Voice Of A Generation
Odyssey
CurrentlySwoonLifestyleHealth & WellnessStudent LifeContent InspirationEntertainmentPolitics and ActivismSportsAdulting
About usAdvertiseTermsPrivacyDMCAContact us
® 2023 ODYSSEY
Welcome back
Sign in to comment to your favorite stories, participate in your community and interact with your friends
or
LOG IN WITH FACEBOOK
No account? Create one
Start writing a post
Entertainment

Chance The Rapper: The Voice Of A Generation 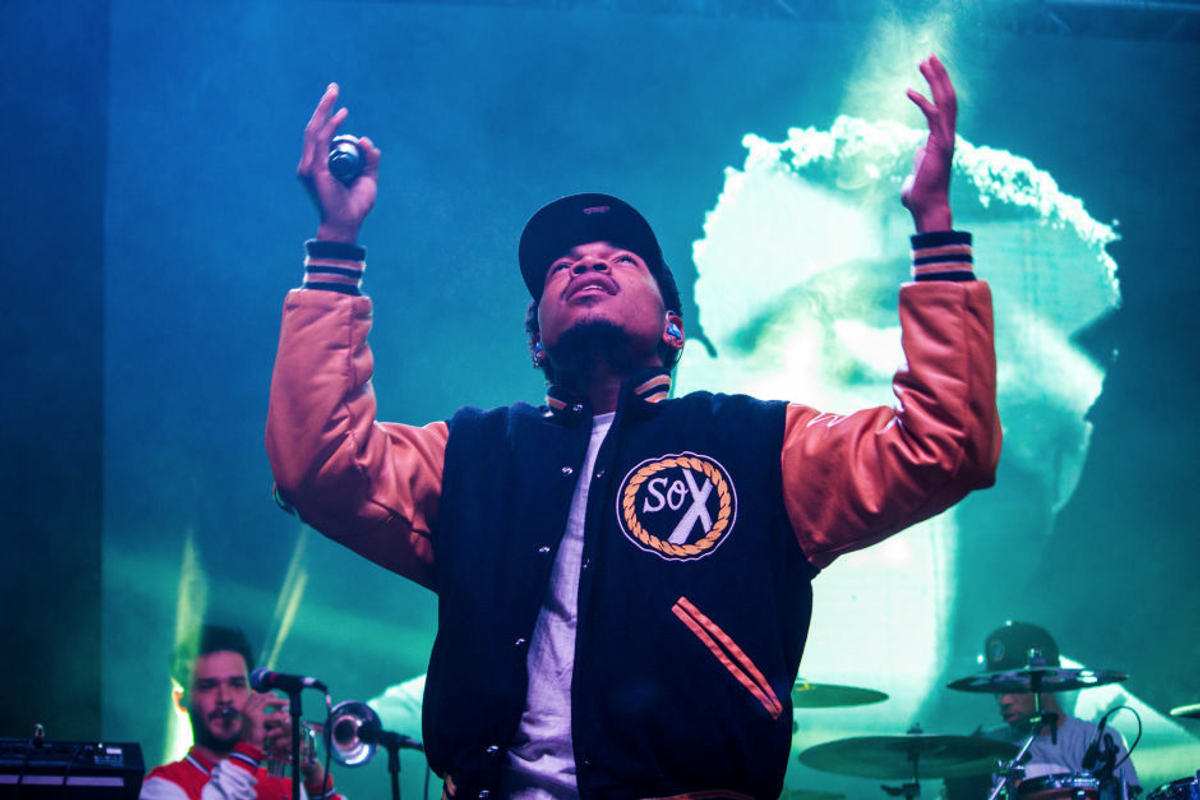 Chance the Rapper is bringing a little color to the world. His overwhelming success as an unsigned artist has shocked the music industry; and the fame he has gained is a direct result of his inspiring story and powerful lyrics.

In today’s age, when you think of the rap genre, you think of stereotypical lyrics drenched in the unkempt culture of sex, drugs, and gun violence. Chance has taken everything we know in this sex driven millennial generation and completely switched the tables.

If you don’t know who Chance the Rapper is, (unlikely) he is a 23-year-old rapper from Chicago. But he isn’t like other rappers. Chance refuses to sign with any record label, even though he is one of the biggest artists in hip-hop right now. (He just beat out Drake and Kanye for best rap album on Sunday night’s Grammy’s)

He explained while on the Ellen show why he hasn’t signed with any label saying, “I’m just trying to be an example for all the young artists that are becoming artists every day and working on their craft and trying to help them avoid the pitfalls of the upper management in music and the non-music side of music.”

What does this mean for the audience? His music is free.

It is rare for independent artists to have any commercial success, but Chance the Rapper took that stereotype and threw it out of the window with his release of "Coloring Book" in 2016. Coloring Book can be marked as Chance the Rappers true claim to fame. Everything about the project was flawless, from the cover art to the gospel sounding production to Chance’s signature adlibs.

"Coloring Book" was a project like no other. It is one of the first that I have heard to fuse Gospel music and Rap seamlessly. It doesn’t sound forced and it doesn’t sound phony, this mixtape remains transparent from top to bottom and is beautiful crafted and inspirational to all.

Chance the Rapper, born Chancellor Bennett, raps to my generation, who is now grown up and in the phase of becoming adults living in the real world. He also raps for generations above, who have grown up and gone through many changes. Chance’s music is so enticing because it speaks to the heart of its listeners and tells them something that they don’t often hear.

Instead of taking a very real and tangible approach to speaking of love and drugs, Chance is able to talk about the less innocent side of life with abstraction and in a way he’s able to enter the listeners mind and evoke the very thoughts and emotions that they had when they did the things he talks about.

Not only is he changing the music industry- he’s changing this generation as a whole.

His humility is admirable and his ferocious faith in which he unfearfully exposes to the public in every performance is rare in his genre. Having the opportunity to watch him perform live- I have to attest to his absolute appreciation for his fan base and unfailing love for God and his miracles.

Understanding the evolution of his own career, he owes all his success to the city of Chicago and Jesus Christ. In this, he is constantly giving back to his community and helping to inspire today’s youth.

In a generation of political dispute, human rights violence, and news channels displaying nothing but grief and distress, Chance has brought to light his positivity and continuously shines. His music is loaded with art that is—whether intentionally or not—perfectly suited to be devoured by college-aged young adults finding their place in the world and needing encouragement, faith-based or not.

“I don’t make songs for free, I make ’em for freedom

QueenRadhi
The State University of New York at Stony Brook
3350