CF Patient Finds Inspiration For Clothing Line On Soul-Searching Road Trip
Odyssey
CurrentlySwoonLifestyleHealth & WellnessStudent LifeContent InspirationEntertainmentPolitics and ActivismSportsAdulting
About usAdvertiseTermsPrivacyDMCAContact us
® 2023 ODYSSEY
Welcome back
Sign in to comment to your favorite stories, participate in your community and interact with your friends
or
LOG IN WITH FACEBOOK
No account? Create one
Start writing a post
Health and Wellness 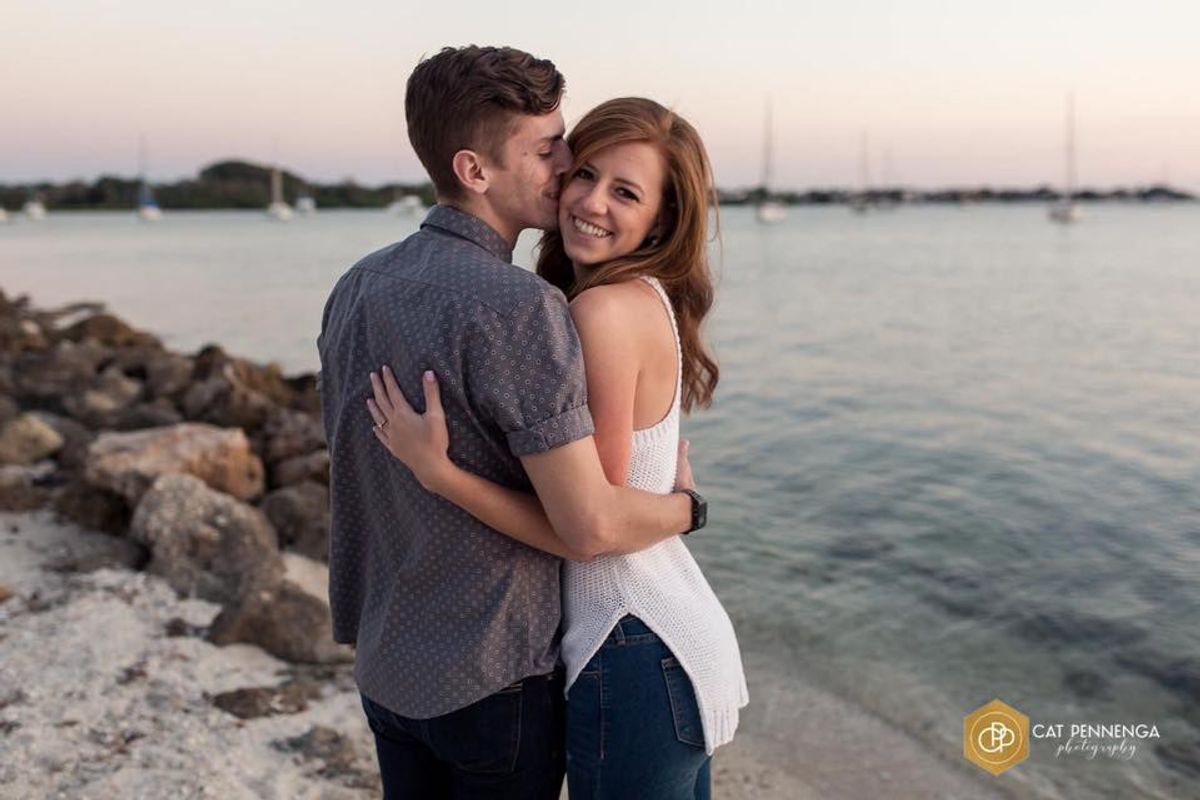 Taylor Stroop left his hometown in Sarasota, Florida after his college graduation with nothing but his last paycheck and a camper van. He hit the road and landed in Chattanooga, Tennessee, where he met his soon-to-be wife, became closer to God and found inspiration for his very own cystic fibrosis awareness clothing line, Sixty Five Apparel.

Taylor was raised to lead a normal, unrestricted childhood and experienced a largely healthy CF childhood. In his teen years and beyond, however, his growing desire for normalcy lead him to feel ashamed and anxious about how his peers might perceive him had they known about his CF – it is for that reason that Taylor chose to keep his illness a secret.

Even though his parents encouraged him to never allow CF to define him, Taylor gradually learned about the gravity of his illness and its potential to be terminal.

Taylor first learned about the average life expectancy of a person with cystic fibrosis when his high school girl friend wrote him a letter that said, “Forget what doctors say, you will live however long God wants you to.”

Taylor carried the dark thought of what the future might hold and buried it deep inside. He kept to himself and rarely spoke about CF to others. For two years throughout college, Taylor felt depressed and burdened every single day. Not to mention, he saw his health begin to rapidly decline – which he attributes, in part, to his poor mental health.

Upon graduation of college, Taylor decided to take a soul-searching road trip that landed him in Chattanooga, TN. It was after that trip of self-discovery, reestablishing his faith and meeting his future wife that Stroop decided to open up to others and the CF community. He felt a need to share his story in hopes of inspiring others who might share a similar experience.

His involvement in the CF community began with an instagram account that was dedicated to sharing relatable content for people with CF, in hopes of finding support and meeting other people with CF to share experiences with.

While previously running from connecting with anyone with CF and trying to prevent the pain that might come from losing a friend to CF, the importance of community had finally become clear to him.

As Taylor’s passion for community, connecting with CFers and spreading awareness grew, so did his ideas for beginning a business of his own that shares his values.

Sixty Five Apparel is a clothing line that raises awareness for cystic fibrosis through what Taylor calls, “design that provokes thought and gives pride to whoever wears it, in hopes of spreading awareness.”

Taylor has a degree in fine arts and uses his know-how to design every single piece of apparel for sale, with ten percent of all profits donated to finding a cure for cystic fibrosis.

Each piece of clothing is meant to be a conversation starter and to attract people who would never normally wear typical CF awareness apparel.

Check out Madi Vanstone, a Sixty Five Apparel Ambassador, below!

Sixty Five Apparel is only three months old but already has over 1,000 likes on Facebook, 43 ambassadors, and big plans to fundraise and help the CF community.

When I asked Taylor what he believes is crucial to his own CF story, he said: " I never let CF define who I was or what I wanted to become. I think so many people fall into letting what the doctors and statistics say determine their fate, but the truth is that we can fight for our future, and I hope people know that you don’t have to fall victim to statistics. I hope to inspire one another to break the predetermined confinements and limitations that society, medicine, and statistics have set upon us."

I'd like to give a special thanks to Taylor for taking the time to fill out my survey so that this article could be written. Taylor, I am a huge fan of your clothing line and plan to sport a sixty five apparel hat this summer while breathing in the salty air at the beach! I am so grateful to be able to share your story and truly believe that your involvement in the CF community will change lives for the better.

Interested in learning about where the phrase "sixty five roses" comes from and how it connects to cystic fibrosis? Click here.

If you have an inspiring CF story to tell and would like to be profiled, please e-mail me at kristyannwrites@gmail.com