Abusive Priests Will Be Catholics' Biggest Test Of Faith

Abusive Priests In The Catholic Church Will Be Catholics' Biggest Test Of Faith, But It Won't Break Mine

There's nothing Satan can do to lessen my faith. 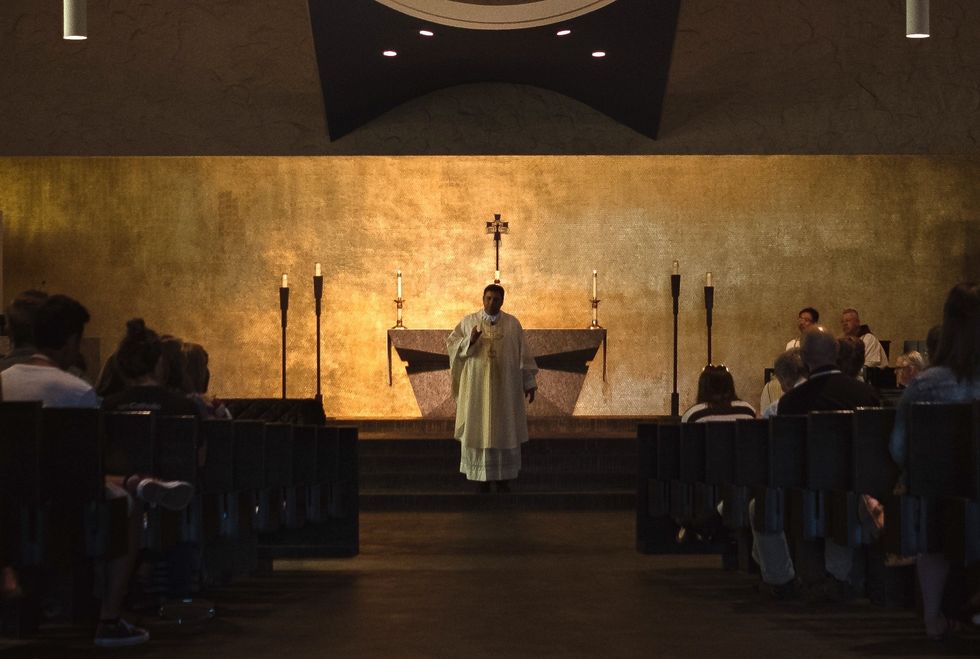 Photo by Josh Applegate on Unsplash

We always seem to believe that Priests are our little pieces of God sent down to help us prosper in our faith.

Although that is true, there are a few Priests, that we have come to know in the current media, that have sinned so greatly, that they have almost ruined it for us all.

Last week, the Homilies delivered by my priest were nothing but heartbreaking. My Father conveyed his perspective on the stories brought to the attention of the public about the Catholic Religion. It was obvious that he was taking all this news very harshly. He said these events were the first thing that had made him question his choice in becoming a Priest.

This Homily struck me hard. I saw right away that in this game of life, Satan is beginning to win.

Sure enough, when I looked up "Catholic Church Priest", several articles popped up about priests being accused of assaulting women and abusing children. My heart broke at this site. Along with these stories, many people were commenting and talking amongst themselves. They bashed our God and our religion. A question that really stood out to me was, "How could anybody be a follower of a God who lets his Priests do such terrible things?"

I was surprised, but when I reflected, I realized that my faith did not shorten at all despite all these things. It made me question myself and my values. Did I just not care about the victims? Do I think that this is just fake news? Would I still feel this way if I was the victim?

The answers to these questions were not clear to me, so I prayed on them. The answer to my prayers gave me fulfillment and a reason to continue to stay faithful, despite all the bad.

What I got from the Lord was this: I could either let this end my faith and miss out on the other things God has to offer, or I could realize that this all was planned by God as a way to grow our faith.

I started to reflect on my life more, I realized that when God puts any of His believers through hard times, it is not because he hates them. In fact, it is because he knows they are strong enough to handle it and loves them enough to make them stronger.

The Priests that harmed Gods children put all of us to the ultimate test. These stories have made many people hate the thing we believe in. People are hating us for what we believe in. It seems hard, but we just have to see that this is all apart of his plan.

We can sometimes forget that Priests are not immune to sin. They also aren't immune to Satan either.

This situation does not mean that our whole religion is corrupt. Satan just blurred the visions of a few, important people in our religion. He knew that this would make us question our faith, and that is exactly what he wants.

After all, what would happen if all Catholics stopped being faithful because of this? Wouldn't it make you question if you had any faith at all?

Think of it as a tree. If our religion is the roots that we grew from, what would you think if your whole tree fell over as soon as the first, big storm hits? It wouldn't be because the storm was too large, it was because the roots were to week. After all, the trees with the strong roots seem to survive everything.

In the end, I've always hated the fact that Adam and Eve took the stupid fruit from the stupid snake and brought sin into our Universe. Ever since that day, Satan has seemed to taken over our world and has shattered our confidence in the things that make us happy. But I refuse to let him take away any of my faith for our Lord. He loves me too much for that.

The Lord has always been with us through the ups and downs of our lives. He has answered our prayers and showed us everlasting beauties in the world. The least we can do for HIm is return the favor and show our unbearable faith.

Related Articles Around the Web
religion
Report this Content
This article has not been reviewed by Odyssey HQ and solely reflects the ideas and opinions of the creator.