The Reaction To Cardi B Admitting She Drugged And Robbed Men

The Backlash Cardi B. Is Getting For Her 'Robbery' Statement Is The Overreaction Of The Year, And Its Based In Misogyny

Cardi B. is just the newest victim of sexist double standards in the music industry. 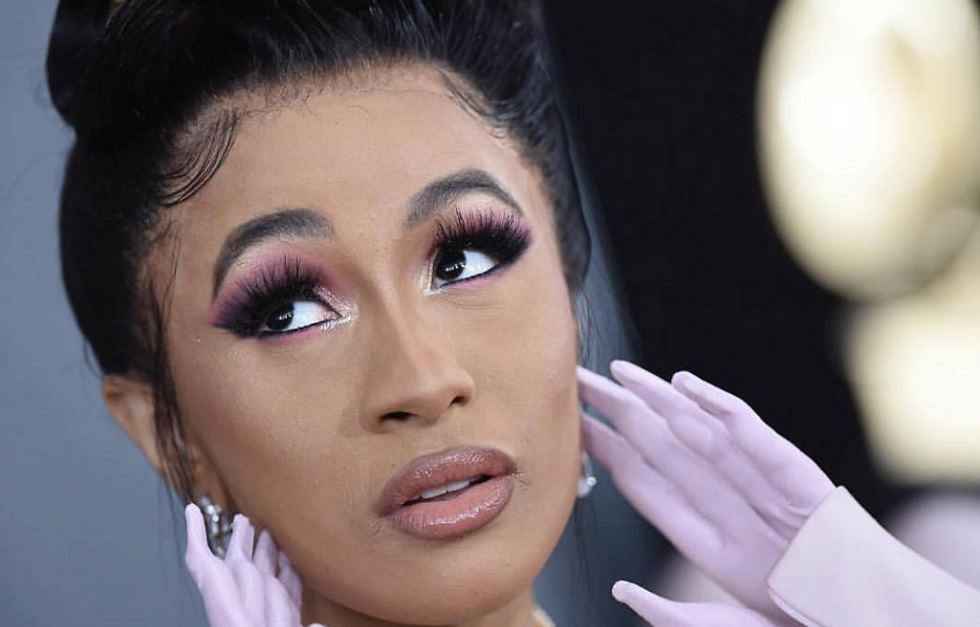 Last week, a video resurfaced on Instagram of female rapper Cardi B. admitting that she used to drug and rob men. As expected, the internet lost its mind over this statement.

This couldn't be more of an overreaction.

A few months ago, I published another article aimed at the R. Kelly scandal which called to cancel artists that are also big turd-nuggets in their personal lives. In it I described how many people were still reluctant to abandon the artist after it came out he had a fondness for underage girls, with the span of his abuse going back decades. Similar to Kelly, however, other artists like XXXTentacion, Kodak Black and Chris Brown have maintained flourishing careers after admitting to committing violence against women, among other things.

With that in mind, I'm absolutely incredulous at the reaction to Cardi's statement.

To cry out that her career should be canceled for such a comment is absolutely laughable, and completely ignorant. Either that or they don't remember when Snoop Dog was literally tried for murder.

Growing up in California practically comes with a two-for-one soft spot for the rap genre. With the role the state played in rap's foundations, the clear visibility of gang activity and an impoverished majority, it's easy to see why the music speaks to Californians. As a kid, it wasn't Pop that everyone was obsessed with, but rap, hip-hop, and R&B.

Because of that, I can't understand where people's indignation is coming from in regards to Cardi.

The greats of the rap industry—everyone from Tupac, Snoop Dog, Biggie and Lil Wayne, and even now-marshmallow rappers like Jay-Z and Eminem—had clear gang affiliations and bragged constantly about rape, drug use, murder and—yes—robbery too. In the beginning, the rap industry was a dangerous place to be.

However, it was undoubtedly attractive to some people. This career choice promised money and sex, unlimited access to drugs and alcohol, certain untouchability by the law and more fame and glory than some even originally bargained for. Though the landscape has changed drastically and glamorized gang-violence has decreased dramatically, the connection between rap and criminality is still alive and well.

Rappers like Young MA, Waka Flocka and Young Thug to this day don't hesitate to make their affiliation clear.

So, why is everyone coming for Cardi?

Even on a stylistic level rap has never existed without an element of violence. Rap gave young, disadvantaged kids the opportunity to express the difficulties of their lives in a unique and creative way. It also gave some kids hope that they could use music to then get out of those situations. More modern rap still sticks to the theme of "life used to suck, I did what I had to do, and now things are better."

Why does it seem like Cardi B. is the only one being persecuted for that?

The answer is age-old, and you don't have to be a feminist to know what it is.

While I by no means condone what she did, and this is just the newest on an extensive list of things-that-should've-canceled-Cardi, listeners of all genres need to seriously reevaluate and recalculate their priorities, and start prioritizing women in the right circumstances.