No Cap And Frown: Why I'm Not Attending My Graduation Ceremony
Odyssey
CurrentlySwoonLifestyleHealth & WellnessStudent LifeContent InspirationEntertainmentPolitics and ActivismSportsAdulting
About usAdvertiseTermsPrivacyDMCAContact us
® 2023 ODYSSEY
Welcome back
Sign in to comment to your favorite stories, participate in your community and interact with your friends
or
LOG IN WITH FACEBOOK
No account? Create one
Start writing a post
Politics and Activism

No Cap And Frown: Why I'm Not Attending My Graduation Ceremony 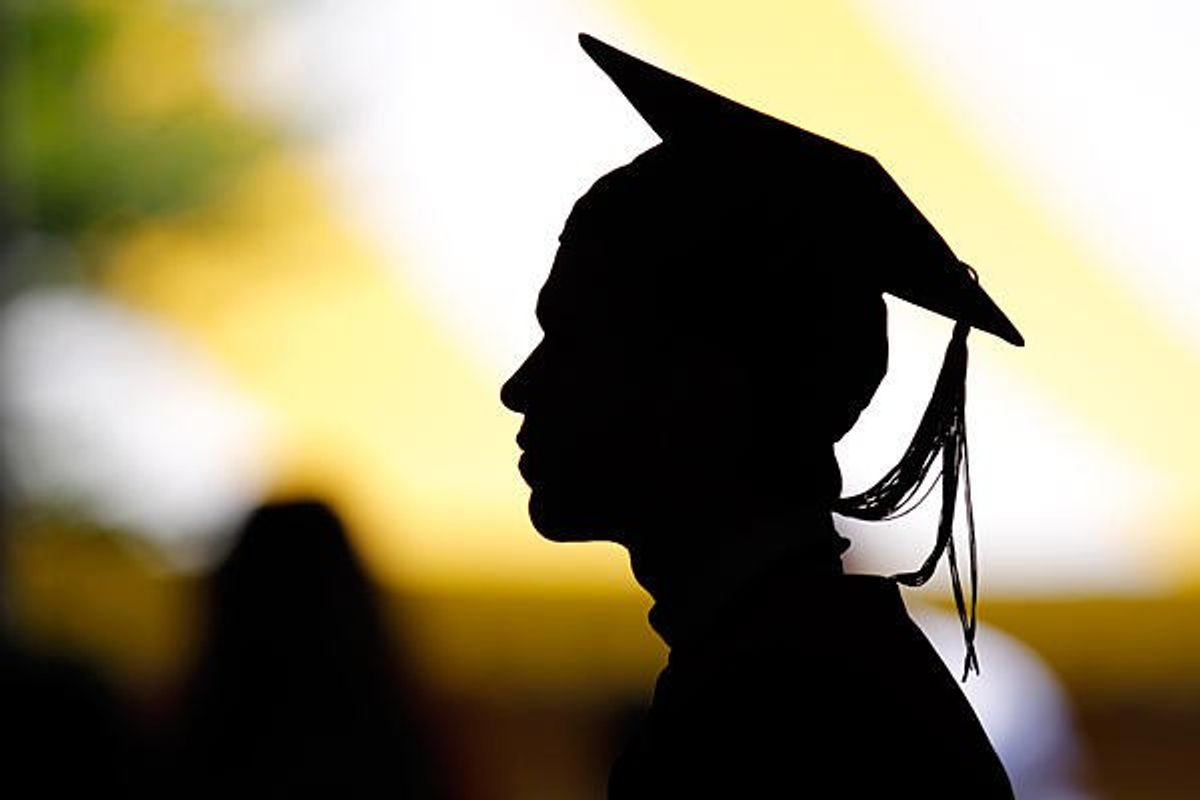 I’m graduating from college, people. Thing is, I’m not attending my graduation, and my family and some of my friends are sort of buggin’ out about it. Allow me to explain my rationale in abstaining from this milestone in my academic career.

I’ve been a student for quite some time now. Some would say my entire life. My past experiences with graduations have not been as exciting or important as people make them out to be. My graduation from elementary school and the fifth grade was pretty lit, though. I seem to remember school ending early and eating McDonald’s with my grandparents. Current Bobby would recede at the thought of consuming fast food, but that’s an article for another day. My point is that I appreciate my memory of my fifth grade graduation, and I love you, Memaw and Grandaw. Graduating middle school was forgettable. I think it was in a gym? A lot of the teachers acted as if it were a momentous occasion, but, even as a child, the thought of completing eighth grade didn’t fill me or any of my classmates with pride or the desire to dress up, especially Andre. He hated tucking his shirt in.

Graduation from grade 12 and high school was when things actually got annoying, so skip this paragraph if you don’t feel like listening to me complain about being able to receive an education my parents worked hard to pay for in exchange for one day of lousiness. Still here? I warned you.

It was a hot day in May 2012, the year of the Mayan Calendar and its #EpicFail. No one was smiling. My high school’s mascot was a mustang; similar to many schools on the East Coast, and our colors were brown and “gold.” Young adults ready to take on the world stood sweating at the Equestrian Center; boys donned in brown gowns and girls in “gold.” Morale was low. If I remember correctly, a few students were late and we had to wait on something in order for the ceremony to begin. We marched into the arena with “Pomp and Circumstance” being played by our school band, or maybe it was a tape recording.

Geez, I really need to get my facts straight before I gripe on the Internet.

Oh well, nobody else does. We sat in our seats and it dawned on me that we might be here for a while because my school was pretty densely populated and my graduating class had quite a few names to get through. When my turn came, I walked onto the stage, shook a few hands of people I had never interacted with, grabbed a sheet of paper that wasn’t my diploma, walked off and felt unchanged. It was all over in about 10 seconds. After everyone finished I hung around for a bit, did some of my usual cool-guy stuff and then left with my parents. I did not pass Go. I did not collect $200. I did not get McDonald's.

A few weeks later I got my diploma in the mail. I also caught a foul illness that was going around for a month that I had somehow managed to dodge. Word around the brown gowns was that it was a kissing disease, so I still have no idea how I, the most chaste triangle-player in the school band, managed to succumb to a romantically transmitted disease. I was decommissioned for two weeks and got laryngitis during my graduation party.

I just realized I have no pictures of my graduation.

Overall, my high school graduation was not an ideal experience. All I had to do was be patient, but I really didn’t want to attend that graduation in the first place, and now that I have a choice, I’m choosing not to attend this one. I’m an eager little goober and I don’t feel like waiting around until May 21 to walk again. I walk every day as it is. It’s exhausting. I am happy for myself and for all my fellow graduating seniors that we have completed four years of college. If people want to celebrate, that’s fine with me, but I’m not like the other boys. For example, I carry a Ziploc bag full of spare change in my backpack. Fundraisers love me! My next plan of attack is to take a breather for two weeks, figure out if I should delete my ridiculous Facebook account, and start a summer job with an employer that probably won’t appreciate my Facebook page as much as I do.

Alright, I’m all finished sounding like an ungrateful twerp that doesn’t realize how valuable it is to have access to an education and how he will most likely regret not attending his college graduation in 20 years, resulting in a midlife crisis that will borrow from the critically-ashamed film, "Billy Madison." Tune in next week for another one of my classic articles that are about as funny as "Billy Madison."