Pandora: The World of Little Blue People that run around half naked
Odyssey

Pandora: The World of Little Blue People that run around half naked

Papa Smurf called, he want's his blue color back. 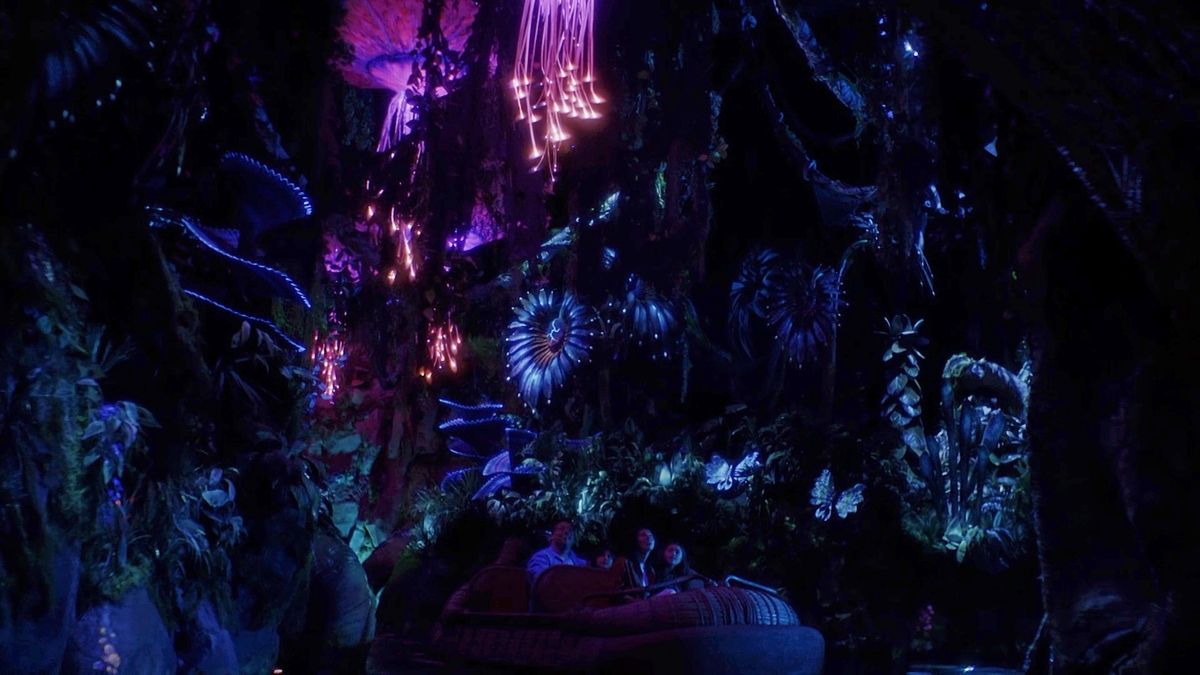 There, I said it. I HATE Pandora. I despise it, detest it, loathe it. It's not because I'm totally jealous that Animal Kingdom should have just stayed the way it is, or the fact that this new section (also including Rivers Of Light, nighttime water show) has been plagued with it's fair share of setbacks; I just don't like it. Allow me to explain.

I'm one of the few that can't stand James Cameron (shout out to "Titanic" being the best movie ever made), but I can't stand Avatar either. Two and a half years ago I was in the hospital for five days. In those five days, I watched very little television and the one day where I couldn't stand being in my room anymore, I decided to venture out into the main room where everyone on my floor was watching (supervised) television, chatting, reading, what have you. So, I sat my tush down and watched some television. All of a sudden, everyone was arguing about who wanted to watch what and who didn't like this, when someone said "Oh look! 'Avatar's on!". So I gave it a chance; fast forward to the end of the movie and I felt like my brain was mush, and my eyes were glazed over. I even thought to myself if it was really worth leaving my room for this, but alas, I made that decision--and a bad one at that. To this day, I get asked why I didn't like it. Well, I just didn't. It wasn't a movie that really caught my attention and the story line to me was trash and if I wanted to watch blue people run around basically naked all day, I would just watch The Smurfs.

Disney is notorious for acquiring franchises such as Marvel Entertainment, Lucas Film, etc. Disney approached James Cameron about the possibility of having Avatar themed attractions at Hollywood Studios by possibly turning the Backlot Tour area into a small Avatar area. But because of the parks attendance roster and the fact that it's essentially regarded as a half day park, the idea of making it into a full blown themed land came about. Not soon after, the papers were drawn up and Disney reached an exclusive deal with James Cameron's Lightside Entertainment and Fox Filmed Entertainment for the rights to Avatar and of course some more was added to sweeten the deal (such as Cameron getting a portion of all merchandise sales and other fees) and once the ink dried, it became official. Pandora: The World Of Avatar (or just Avatar Land for short) was upon us. Once it was announced to the public that this shindig was indeed happening, all I could think of was "Sh*t. This is really happening". After that, seemingly all was forgotten and news of this new land inside Animal Kingdom had seemed to float off into the sky, and even rumors of the land being scrapped and "is it happening? is it not happening?" even started to swirl, because that's how tightly under wraps this project was.

It really hit me that this--"thing" was well underway when concept art became real life and after taking a weekend trip to Walt Disney World this past November 2016 and seeing the floating mountains taken form in real life, I couldn't be more annoyed. I mean like ANNOYED.

Now, I have no shame in voicing my extreme distaste for this new section. In fact, in many Disney related groups I'm in, I've been known to post how much I hate Avatar Land, and to be honest, I don't even care if you get annoyed over how many times I decide to post how many times that I hate Avatar. I have my reasons for hating Avatar such as that it's not a relevant movie as it was when it was first released. Yes there are also talks (well--it's not even in the talks because it was finalized) that there's going to be more than one sequel to the first movie, the politics that were identified in the movie were unneeded and the story was boring as hell.

Now reviews are starting to roll in from having the cast member preview and AP preview for the new section of the park, and it's gotten rave reviews for everything from the beautiful theming, the food and drinks, but a majority of the reviews are coming in for the two rides that are currently inside the new land; the Flight of Passage attraction that fully imerses you into the world of Pandora, where you also have the chance to ride on the back of a banshee zipping through Pandora, and Na'vi River Journey where you travel through a bioluminescent rainforest in search of the Shaman of Songs. I won't lie, the photos that I've seen of the Na'vi River ride are freaking gorgeous, but that's because of the strong colors that make for good Instagram photos without having to throw a decent filter on it. Other than those two attractions, you're really not getting too much bang for your buck in that section.

Another reason why I'm kind of/sort of angry about Pandora, is because I feel that Disney should have at least gone back to their roots of Animal Kingdom and given us something with dragons or another animal section, anything! For me, Pandora doesn't cut it, but then again, I'm only 1 out of the millions of loyal Disney followers who pass through their gates daily. To Disney, I'm literally just a teenie tiny ant that's complaining about something that is and will be one of their biggest cash cows (aside from Frozen) to date.

Take it how you want but Pandora, you will not get my final rose. #sorrynotsorry

Caitlin Marie Grimes
University of South Florida
7463
Beyond The States