Canada And America: 8 Differences Between The Two Countries
Odyssey

Canadians and Americans are not as similar as you thought 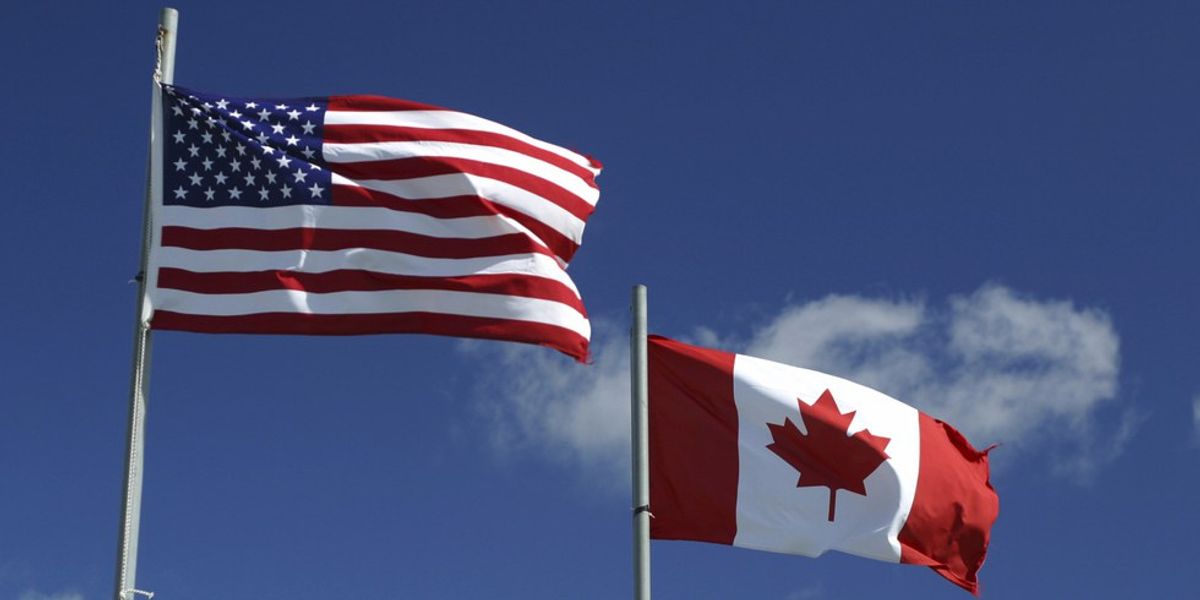 When people find out that I'm Canadian-American, their reaction is always the same. They make jokes about saying "eh" or demand that I pronounce the word "about" with the stereotypical accent." It's actually quite entertaining. Sometimes I like to tell my fellow Americans to say the phrases “huh" or “nuh uh."

Some people say Canada is just like going across the United States. But despite what they say, believe it or not, there are many subtle, but major differences between the two nations. Allow me to introduce them:

It may sound hard to believe, but there is definitely a difference between the two people. And I am not talking about the accents (which I will cover in a minute). I'm talking about the people and their behaviors.

In general (and no I am not trying to stereotype), Canadians are a more reserved people. Of course, there is that stereotype of being really nice, which can sometimes be true. Nice does not necessarily mean they're looking to be best friends with every stranger they meet. They are friendly when you meet them, but they don't open up too much. I'm not the only one who said it. Just ask President Obama who said, “Our Canadian friends can be more reserved, more easy going." That's probably the best way of describing it. Reserved, but easygoing. This can sometimes come across as cold, and that's because it is.

Canadians are also a more passive people. To the contrary, Americans are more boisterous. They are a louder, more aggressive people. You feel their presence. But at the same time, they're also warmer and more likely to go in for a hug instead of a handshake when meeting you. So despite the stereotype, Americans are, as a whole, much more welcoming than their Canadian counterparts. Of course, there are always exceptions to the rule. Some say Canadians are extremely nice. The only difference is Canadians aren't as blunt in their remarks and feelings towards others. However, this doesn't make them nicer people.

This is major. What is on the lame flag (it isn't exactly cool) of Canada? A maple leaf. What is Toronto's hockey team called? The Toronto Maple Leafs. Maple is the epitome of Canada. So the same goes with Canadian food. Whether it's maple syrup or maple cola, there is plenty of maple flavored foods and beverages to choose from.

Canadians are also known for eating poutine, which consists of French fries with gravy and cheese. Potato chips are also different in Canada. Canadians are known for having ketchup chips and all-dressed chips which are a combination of barbecue, tomato, salt, vinegar, sour cream, and onions. Some other classic Canadian foods are smoked meat and beaver tails (fried dough shaped like a beaver tail with candy and chocolate on top).

Americans, on the other hand, eat S'mores, buffalo wings, and hot dogs.

This is an obvious one. Canadians love hockey and Americans love basketball (invented by a Canadian), baseball, and football. Canadians play hockey, watch hockey, and have hockey on their currency. Surprisingly, however, basketball has overtaken hockey in Canada as the most popular sport! Hard to believe right? Personally, I still think hockey tops them all but football is a close second.

There is simply a lot more to do in the United States. That's almost as factual as it is opinionated. I once went to a Greek restaurant where my family told the waiter we now live in New York but grew up in Canada. We asked him what we should do since we hadn't been there in a while and he told us to check out a local park. Sad, right? When we told him we lived just near the city, he said, “Here I am telling you to go to the park when you're living in the best city ever." If you don't believe it, then see it for yourself. With the exception of Quebec (which is similar to France), all Canadian cities are essentially the same: boring and plain. All there is to do is drink beer, eat good food and watch hockey. That gets old after a while. And to the Americans who say Toronto is just like New York, you just want something different. There's far more to do in New York than Toronto. It doesn't even come close.

As hilarious as it sounds, it is true that Canadians drink milk out of bags. It's better for the environment (uses less raw materials) than carton milk and is more cost efficient (cheaper to make plastic bags) than using cartons. However, it is also much more difficult to open. To open the bags of milk, one must use a clipper and make sure that the milk does not spill. This is a bit of a challenge, and I have about 50 percent success rate.

In Canada, there is no middle school. Students go to elementary until the seventh grade where they go to high school through 12th grade. After that, they go to college. In Quebec, however, students finish high school after the 11th grade and then go to vocational school (called CEGEP) for two years. After completing those two years, they may go on to college.

In the United States, children go to elementary through fifth grade, then middle school through eighth grade, and finally, high school through the 12th grade. After that, they may go on to college to pursue their careers.

Everyone knows Canadians say “eh" after nearly every sentence. Are there any Canadian catch phrases you may ask? In fact, there are many. One would think Canada has its own language. For example, Canadians call munchkins “Timbits" which can be found at Tim Hortons (the Dunkin Donuts of Canada). Canadians also say “washroom" instead of “bathroom" and “dart" instead of “idiot". Of course, there are plenty more but then I would have to teach you a language.