So, Can We Officially 'Ship' Hannah B. And Tyler C. Yet?

Stop Critiquing Hannah B For Shooting Her Shot With Tyler C, And Start Taking Notes

When Hannah asked Tyler to rekindle over a drink, we can't help but wonder if that's what he really wants. 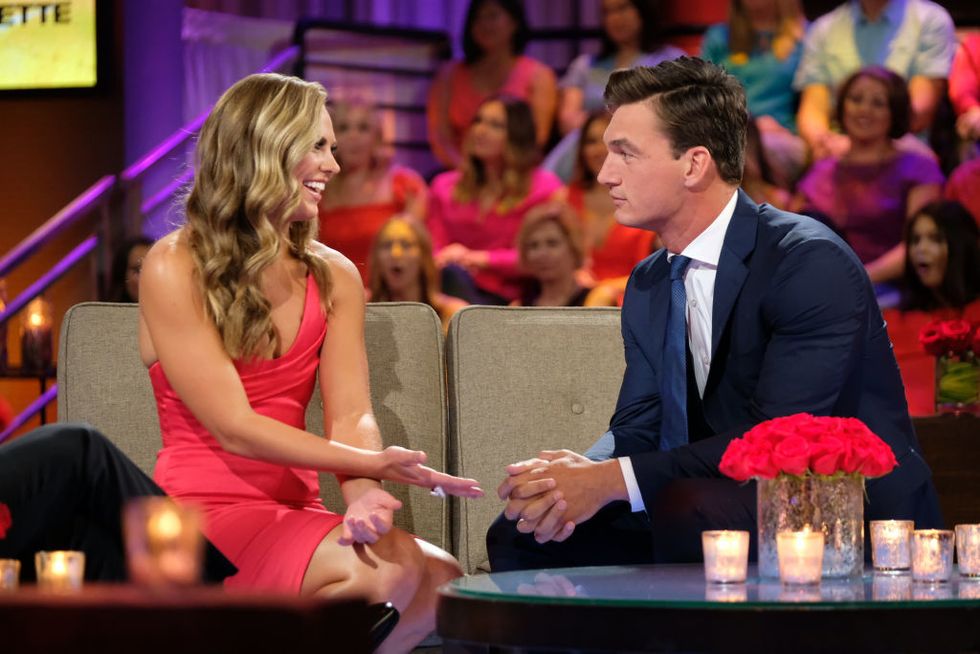 I think I speak for every "Bachelorette" fan last night when I say we were completely and utterly shocked with the finale last night.

At first, we were devastated when Tyler got out of the limo first to propose to Hannah because everyone in Bachelor Nation knows what that means. If you're first to get out of the limo to propose, then your relationship is not ending in an engagement. But Tyler C. had no idea.

As he went on to propose, you could see the pain in Hannah's eyes because she was just about to break America's favorite contestant's heart.

Not only is Tyler beautiful, athletic, smart, and A MODEL, but also genuine, respectful, and some may say, feminist. After this season, every woman in America is looking for their very own Tyler C. and not settling for any less.

So, when Hannah looked into Tyler's eyes and told him he wasn't the one, his response was so pure. He told her he wishes the best success for her and Jed. Like, what a class act guy. He didn't question her feelings or why it was Jed and not him, or why he wasn't good enough. He truly believed Hannah would be in great hands with Jed.

Then Bachelor Nation found out that Jed had a girlfriend leading up to the show; it was only expected that Hannah knew, too. For weeks on end, we waited for "After The Final Rose" to hear what was happening between her and Jed. As much as we hoped and prayed she would stay true to her word and not accept a marriage with a liar, none of us expected her to break off the engagement.

Nothing was better than watching Hannah take off her engagement ring and place it on the table in front of Jed and tell him this isn't what she said yes to. At that moment, I think everyone was jumping off their couch, screaming "HECK YEAH, HANNAH!", and chugging their wine.

I thought that was the best part of the show, until...

Hannah and Tyler finally saw each other for the first time in three months.

Their chemistry is off the charts. The way they were glowing just looking at each other; neither of them stopped smiling the entire time.

I mean, I was watching through a TV screen and my cheeks were about to fall off from cheesing so hard. There's no doubt that feelings are still there.

But when Hannah asked Tyler to rekindle over a drink, I can't help but wonder if that's what he really wants.

Tyler's best friend, Matt James, was posting on his Instagram story last night in response to Hannah asking for Tyler back, and let's just say he did not approve of his best friend being Hannah's second choice.

But can you blame Hannah?

She's had all this time to reflect back while watching this season. I'm sure she saw some signs she missed while in those moments. She definitely feels some type of guilt for choosing the wrong guy, but literally, every girl has done that before. We've all dated that guy our parents warned us not to, in hopes to try to prove that our feelings for each other can conquer all... only to find out our parents were right in the end.

Picking the amazingly perfect guy is scary and seems like a safe choice, so we go for the bad boy type, but we always end up heartbroken and blind-sighted.

I guess the real question at hand here is: is Tyler over Hannah Beast? Or will he give their once-in-a-lifetime love another shot?