Burgers In Chicago: A Hidden Gem From Andersonville
Odyssey

Burgers In Chicago: A Hidden Gem From Andersonville

"You Gave Up Burgers for Lent?" 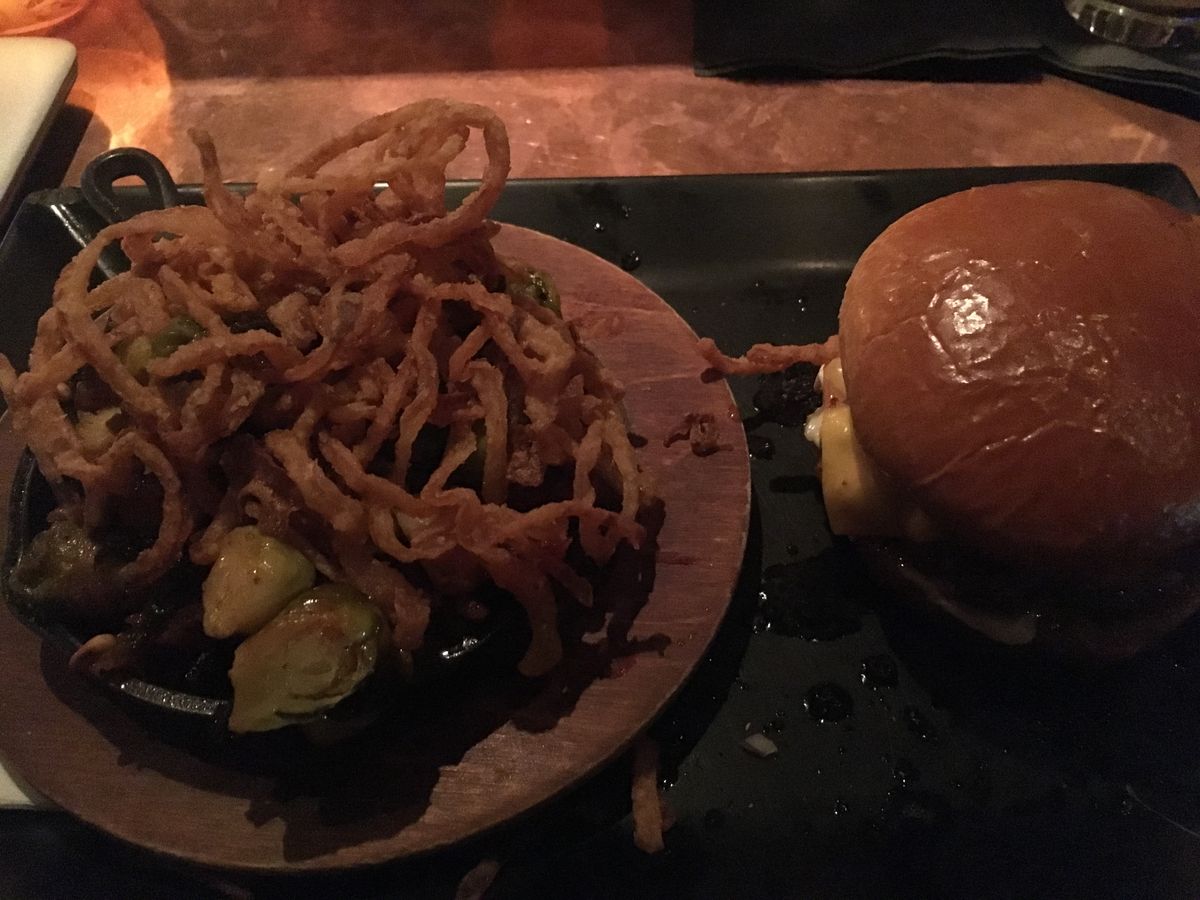 Last Wednesday began the Catholic season of Lent, a time where Catholics give up a particular item, food, activity, habit, etc. for forty days. There are no limitations when it comes to what you give up. It can be as simple as chocolate, "too late" night phone usage, or even for the very daring, alcohol. This year I decided to give myself one of the most significant challenges out of the past twenty-plus years of participating in Lent, cheeseburgers.

Now, some challenges pose this bold decision. First of all, Chicago is a gold mine when it comes to burgers: whether it’s Au Cheval (2015’s best burger in the world award winner) or Portillo’s, the area is loaded with delicious patties. Considering I order burgers quite often at restaurants, having the discipline and memory to not “accidentally” order one will be a hurdle. Lastly, Lent is forty days long, as stated before. That’s a substantial time without any cheeseburgers. How does one last?

The Tuesday before, also known as Mardi Gras or “Fat Tuesday,” I put a Facebook post up for best burger suggestions in the city. The recommendations were overall quite impressive. By 5:00 p.m., there were over twenty-five suggestions, and nineteen of those were unique, meaning no duplicates. Although some suggestions were located in the suburbs, the vast majority were well within a fifteen to 20-minute car ride from my apartment. With heavy debate and research on the websites, a decision was made: Little Bad Wolf in Andersonville.

After a quick Uber ride, there I was at the front entrance to Little Bad Wolf, my last burger order for the next forty days. Little Bad Wolf has a four-and-a-half-star rating on Yelp with over 926 reviews in the “American (traditional), beer bar, and cocktail bars” category. The location has been thriving since it’s inception in the late fall or early winter of 2014. And as I walked in, to no surprise, the small, dimly lit space was booming with people, but not to at an obnoxious volume level. Since there were no spots for a single table, the hostess suggested the bar, which luckily had one seat left – right in front of the beer tap (my kind of spot).

Looking over the beer menu, it was apparent this place didn’t mess around when it came to beer. There was a very intriguing IPA by 5 Rabbit Cerveceria (Bedford Park, IL) that looked like a delicious pairing for a burger, so I went with it. Beer is set, now it’s time for a burger. The Bad Burger, double-patty with house-made pickles and mayo jumped right out to my two eyes as I glanced over food options. We already know there wasn’t any deliberation of what would be ordered, just a matter of single, double or triple patty. Troy, the head bartender, and my waiter explained my side options. As he was going through them, the last choice was Brussel sprouts. Once again, this is a no-brainer call.

Maybe fifteen to twenty minutes pass by, and a plate arrived in front of my salivating mouth. The combination of smells between the burger, pickles and Brussel sprouts was out of this world. Eating this meal required one strategy, take a bite of the burger and then a couple of Brussel sprouts. Although the burgers at LBW are cooked at medium, the inside wasn’t red at all. It had perfect temperature, lightly fried bun, and the ideal amount of pickles and mayo. Each bite had me craving more, and before I knew it, the last bit passed. Now don’t forget about the Brussel sprouts. Those were on an equal level of precision with a carefully-curated combination of bacon bites, Brussel sprouts and fried onion strings.

For LBW, this burger and meal deserve a strong 9/10. The atmosphere gets a 10/10 and most importantly the service a 10/10. If you are looking to try a delicious burger in the city and time isn’t of any concern, take a hop up to Little Bad Wolf – you’ll be back before you know it. I know I'll be there after Lent.