Because etymology and Bobs Burgers GIFs are a match made in heaven. 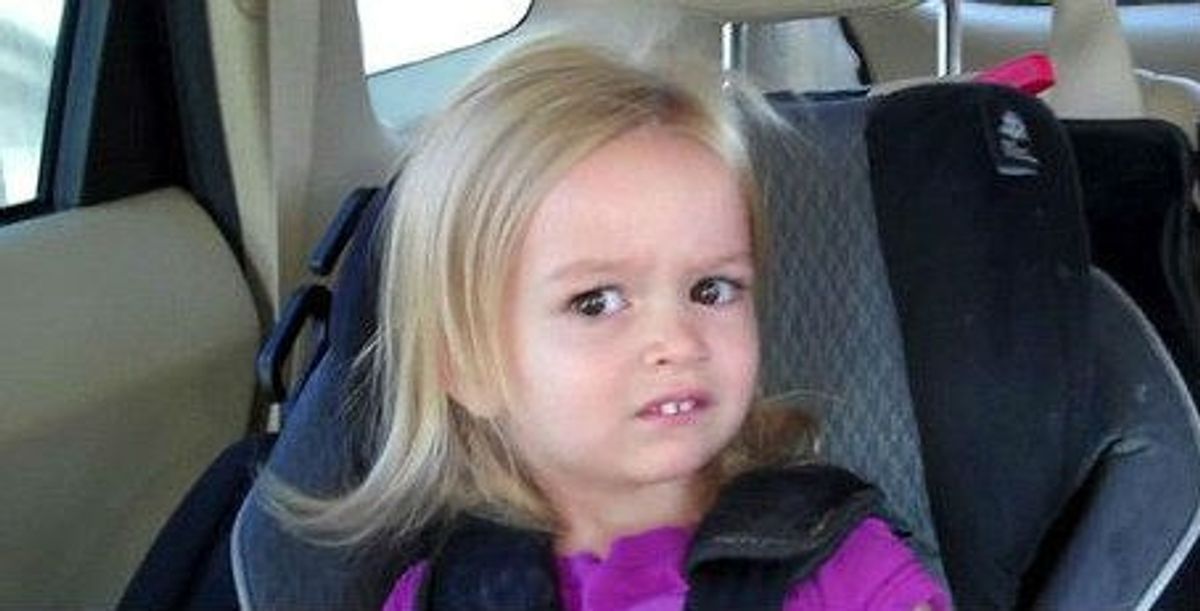 The English language, as many people are aware, is a complicated conglomeration of words. With influences from several other languages, there are a lot of English words with interesting and provocative histories. While Latin is by no means the only language that has contributed to these unexpected origins, it has certainly provided its fair share of etymologically amusing words. So in the spirit of the father in My Big Fat Greek Wedding, here are some English words with surprising Latin roots.

Passion comes from the Latin word patior, which means to bear or undergo, but it can also mean to suffer or endure. So presumably, a passion is something that causes you to suffer, or something that you suffer for. Makes you think twice about calling pizza your passion.

Arena comes from the Latin word harena, which means sand. This one takes a little more explanation. In Ancient Rome, the stadiums in which games took place were filled with sand. So the sand itself, the harena, became associated with the place where the gladiators, for instance, would fight each other. While our arenas today may not be filled with sand, at least the association with violence and life or death situations has remained.

This one makes a little more sense than the others. Lunatic comes from the latin word lunaticus, which is an adjective used to describe someone associated with or belonging to luna, or the moon. Basically, the Romans thought that the moon caused temporary insanity. So go ahead and add lunatic as a more celestial option in your arsenal of insults.

Testify and all its "testi-" related words have a funny history. Technically, testify comes from the Latin word testis, which simply means witness. But testis itself is related to the Latin word testiculus, which means exactly what you think it does. This most likely comes from the Ancient Roman practice of swearing by one's testicles, which serve as a representation of one's descendants, and, ostensibly, one's legacy. While there is some debate over the exact involvement of the testicles in this practice, the association remains. You now have permission to giggle the next time you hear someone called to testify.

Nice comes from the Latin word nescire, which means to not know, or to be ignorant. Maybe you've gone all this time with nice saved under your list of safe, generic compliments for people you secretly hate. Well, it turns out that nice actually has a long history of being used to call people stupid. Now you can relish in the sting of your next sarcastic "nice."

While there are a lot of medical words with Latin roots, muscle's root is cuter than most. It comes from the Latin word musculus, the diminutive of the word mus, which means mouse. So muscle comes from the Latin word for "little mouse." Evidently the Romans thought that certain muscles look like little mice under our skin. It's kinda cute if you don't think about it too much.

Seminar comes from the Latin word seminarius, which means seed-plot or nursery. This makes sense, given that a seminar is presumably where seeds of knowledge and wisdom are planted and nurtured. But as I'm sure you've guessed, the history doesn't end there. Seminarius comes from the Latin word semen, which literally means seed, but has the same connotations it does today. Do with this information what you will.

This one is a little sad. Sinister comes quite plainly from the Latin word sinister, which means left. To the Romans, the left hand, the left side, and basically everything to do with the left was bad. This probably stems from the fact that most people are right handed, thus making the left unfavorable for various reasons. Luckily for you lefties out there, the general public seems less hateful towards the left nowadays.

Unless you have an acute love for math, osculate may not be a word you're particularly familiar with. Basically, when two curves or surfaces touch at just one point, so that they share a tangent at the point of contact, they are osculating. The cute part is that osculate comes from the Latin word osculum, which means kiss. Math + Latin = Romance.

The word barbarian comes from the Ancient Greek word barbaroi, which refers to anyone who isn't Greek. The cool part is that the Greeks come up with the term barbaroi for foreign people because they couldn't understand their language, and everything the foreigners said sounded like "bar bar." So next time someone calls you a barbarian for eating with your hands, feel free to start muttering "bar bar bar bar" under your breath. It's probably an insult in some language.