No instruments may measure this long sought treasure 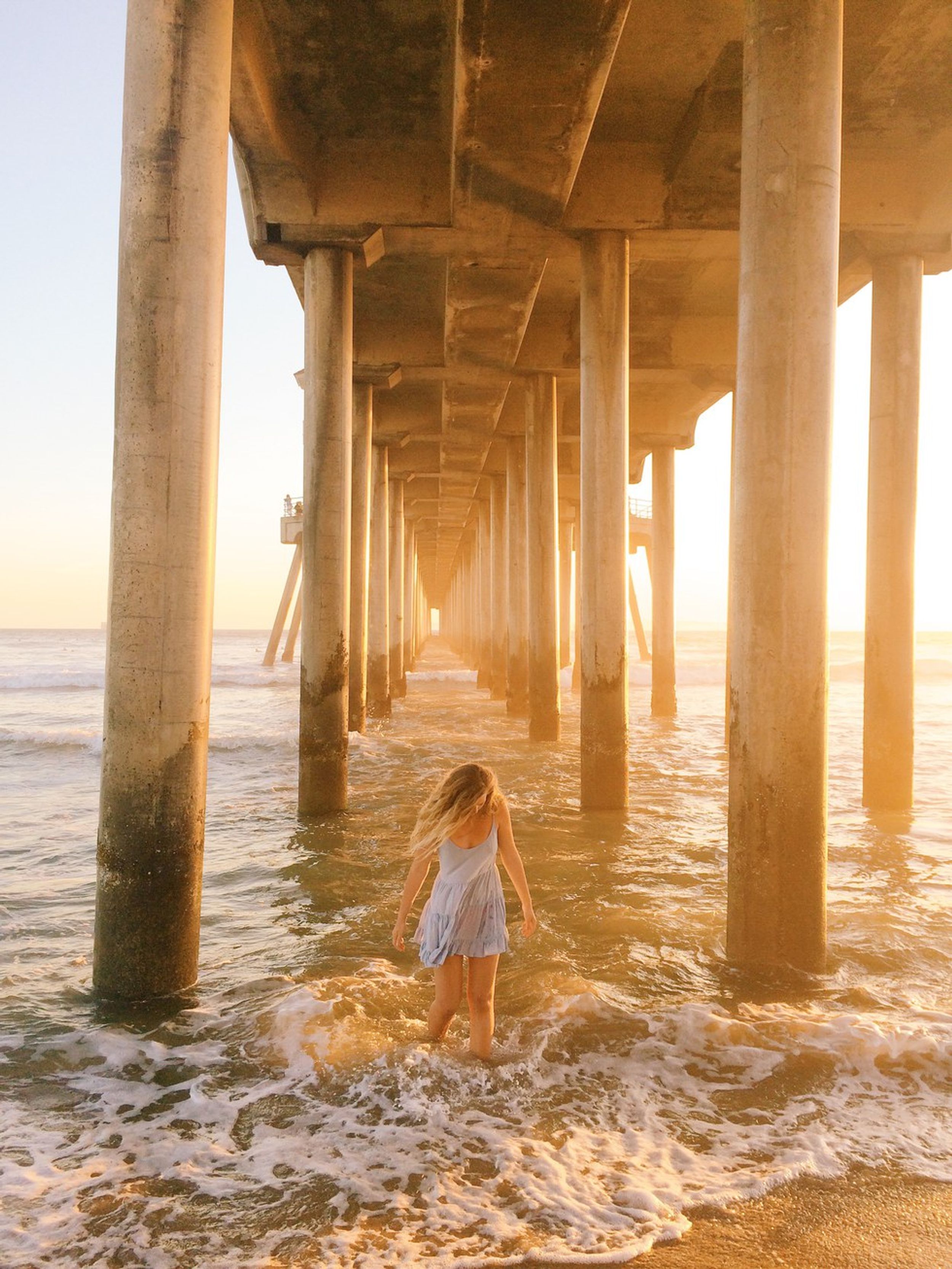 Bridges: Part 2 of 5 — an original series by Charles Ellsworth Bergamo

...Four forces in the universe they say. Gravity, electromagnetism, et al. They search endlessly for the fifth. A so called weak-force. A force so slight, so weak, yet so pervasive. It holds all that is

It cannot be seen. No instruments may measure this long sought treasure.

A poke here, a jab there, a test, a hypothesis, all for naught. What cannot be defined should not be sought, it can only be felt. What is this force that keeps the universe intact?

Without it...all disintegrates. Flesh falls off into the void. Until all there is, is a heart. Beating forever in search of a soul and flesh, to touch another before the last beat is lost. To be never heard again.

He sought her out. Spun her about. A laugh here. A kiss there. All so well. Who could tell? One day their hearts would shatter and split apart.

The universe spins about. All flees from each other to some unknown destiny. Logic finds no comfort in its bounds, for there are no bounds. No reason can ever discover the answer to all the whys and why nots. A universe held together by strings of love. Tenuous strings thought they be. Strings that snap, crackle, pop or strings that are plucked which then forever vibrate with a melodic tone.

What strings are there between Him and Her strings so strong that nothing can cleave them. Suddenly they snap. Only to seek each other out again. To touch. End to end. To wrap about each other in a dance of mating snakes. Shall they part? Or will they find each other’s heart?

Her heart. So large, yet so hidden. Moving this way and that to avoid contact. Suddenly it stops. A collision. Love revealed. He entered her heart. From there, straying throughout her body. From lips, to ears, to breast, to legs, to thighs. Stoking her desire, creating a rapture not yet known

To take up residence in the heart...oh, what a warmth. To be subjected to it's soothing, tender beat. While a man might normally fear of drowning to death, if the heart is where he could drown, he would passionately say yes.

A woman so pure, her kindness was akin to the care rendered the dying on the fields of Flanders. How was one to resist such a kindness? Her beauty, ah, the beauty that oozed from the pores.

The heart stopped. He began to choke. The tissue around him dying, contracted violently, squeezing, no crushing him. He screamed, it continued, he sobbed and gushed tears, it would not stop. What had brought this on, what could stop this from causing him any further harm? He did not understand, she did not know why. They could only cry.

She spun about and stalked away. Her heart in a million pieces, her body torn asunder. She wanted to know why? How could it have been so strong and now so gone? Damn him.

But such a love could only have come from above. A puff of breath while the Lord slept and swept down through the clouds and wrapped up these two lovers. They sucked in this wind divine, how could they know what God creates is meant to last for all time.

But they let Him down. Turned their solitary eyes to the ground and there they were afloat in a pool of water so deep. A million reflections, no time for corrections. Light glances all about. He sees her face, her eyes, her damnable eyes. Blue and so round. She sees him, her heart stops then goes, what she felt she did not really know.