Breastfeeding: How You and Your Child are Protected?
Odyssey

Breastfeeding: How You and Your Child are Protected?

Breastfeeding Can Help You and Your Child. 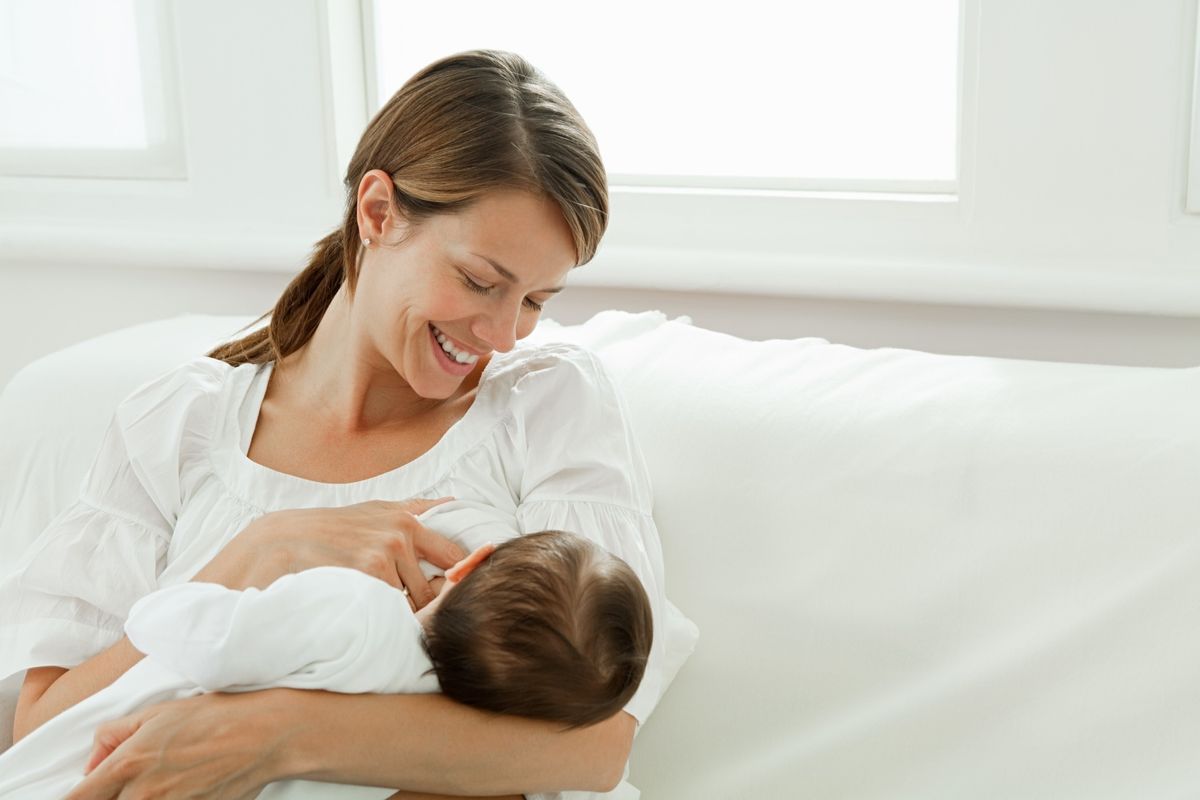 Issues, activities, styles, and approaches to parenting have made a subject of various speculations and controversies, most especially owing to the wide human differences that could be attributed to social perceptions and traditions. People tend to give priority to their cultural beliefs and environmental orientation on how things are done rather than accept the right way to it (most notably as proposed by science), and that has made issues of breastfeeding as simple as it might seem a very complicated one. There has been a huge divide in the lines of how long a child should be breastfed, how many times a day if the child should be sucking from both breasts and lots of other issues that are made out of the situation.

No matter how differential the peoples’ views and opinions might be on the issue, there is always a common ground connecting all views, differences, perceptions, and orientations. This is the fact that no one can undermine the developmental and nutritional importance breastfeeding a baby has on him/her most especially in the early life and early developmental stages of babies’ life. Guess what? Breastfeeding the baby doesn’t only save the baby, it has positive impacts and importance on the mother’s health as well.

There is no doubt about the fact that breast milk is best for your baby. In fact, this is the one fact everyone has appreciated despite the wide differences in views and approaches to it. The benefits of breastfeeding extend well beyond the normal or basic nutrition. This is because the milk it contains all vitamins and nutrients needed by your babies especially in the first six months of their lives. It is a natural fluid packed with disease-fighting substances that protect your babies from illness.

Most child-related illnesses, especially in the African world, has been traced to issues of nutrition, most significantly breastfeeding. International bodies such as UNICEF and other United Nations programs has been concentrated at child’s development especially in the areas of nutrition. This has featured lots of orientation programs and other packages for breastfeeding women as guide against babies’ malnutrition and at most deficiencies associated with breastfeeding. Private bodies and institutions have also shown concerns, this forming a great web at kicking out possible fightback of a slack. The Potty Training Guide by DealWithAutism.com is one of this, stressing the possible causes of autism and advising controls to be measured up by individuals. The American Academy of Pediatrics from its own approach recommend exclusive breastfeeding for the first six months, although it was specifically stated that any amount of feeding is beneficial. Scientific studies have in their own ways also shown how important breastfeeding could be for the mother’s health as well. Whichever way and from whichever angles advise may be coming from in tandem with breastfeeding, all boil down to the fact that breastfeeding is good for you and your child in the following ways;

As a natural fluid packed with nourishment and vitamins, breast milk has what it takes to combat as many diseases as possible. More than one study from around the globe have revealed that stomach viruses, respiratory illnesses, ear infections as well as meningitis occur less in properly breastfed babies, and if at all they occur are less severe. Breastfeeding a baby exclusively for six months offer most protections in this region. Colostrum especially has been discovered essential for a baby’s development and protection against diseases. It is another revelation by National Institute of Environmental Health Sciences that children that are sufficiently breastfed have a low risk of dying between 28 days and one year. It was further stemmed that longer breastfeeding regimes are associated with lower risks of such death.

The protective cover of breastfeeding last beyond the baby’s breastfeeding stages. It reduces chances of cancer in children with the antibodies present in it, and also help children kick against some other diseases as they grow. These include diabetes, high blood pressure, cholesterol and in fact inflammatory bowel diseases. Your child is not the only beneficiary here, the mother’s body also responds to pathogens by secreting IgA that is specific to those pathogens, thus forming a protective cover for both mother and child.

Babies fed on artificial foods have more tendencies to allergies than the ones fed on natural breast milk. It is scientifically believed that a protective layer is formed on the baby’s intestinal tract which checks inflammations that could cause leaky tracts and as such prevent food allergies. However, babies that are fed on formulas don’t get this layer formed.

Because all natural vitamins that initiate brain development are fed to babies through breast milk, properly breastfed babies have been discovered to be intelligent ones. Research connections have been developed between breastfeeding and babies cognitive development. A research conducted on at least 17000 infants has revealed that IQ scores and other prolonged intelligence are subjects of exclusive breastfeeding. Experts have stressed that the emotional bond power created during breastfeeding has probably added to some of the brainpower benefits in the process but the fatty acid could be a great contribution too.

Child’s overweight can be greatly reduced by breastfeeding. This is the discovery of American Academy of Pediatrics. It was discovered that exclusively breastfed babies are better at eating until their hunger is satisfied, breast milk contains less insulin which stimulates fats, more leptin (hormone) is produced in the baby system to regulate appetite and fat, and naturally fed kids don’t gain unnecessary weight which could transmit into obesity later on.

This is according to a German study published in 2009. It was discovered that both partial and exclusive breastfeeding check risks of sudden infant death syndrome. The US Centers for Disease Control and Prevention also recommends that breastfeeding a baby as long as possible reduce the risks of sudden infant death syndrome(SIDS).

Mothers could get exposed to risks of postpartum depression but breastfeeding a baby reduce such risks. This is because oxytocin is released into the bloodstream to promote relaxation. This also lowers the risks of blood pressure in any form of it. Numerous studies have found out correlations between breastfeeding and breast as well as ovarian cancer. A mother that breastfeed her child well is not only treating the child to good health but in return nourishing her own body system and protecting it against diseases. This makes it a win-win situation for the mother and child.