Breaking down the Abortion Debate

Breaking down the Abortion Debate

A clear look at the stances adopted by both sides of the Roe v Wade issue. 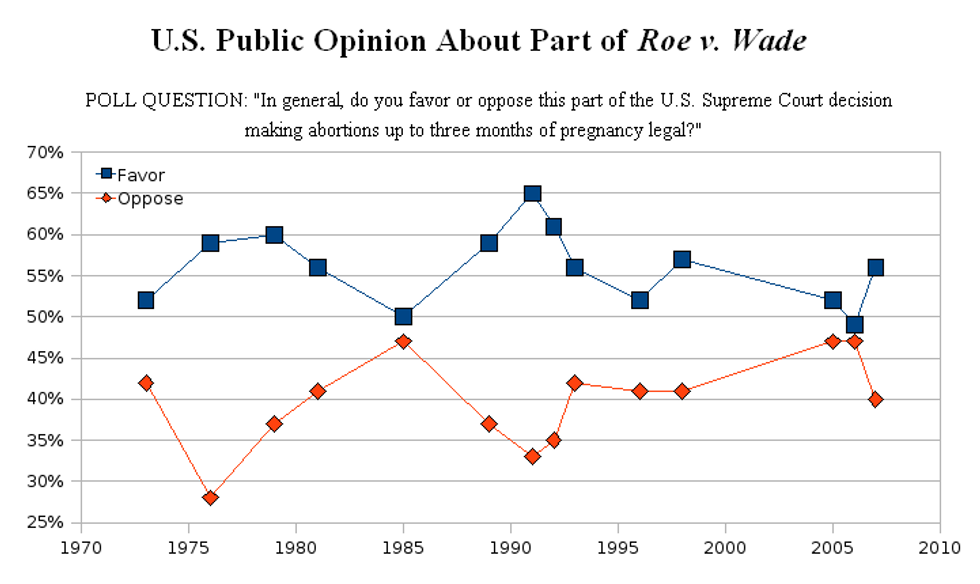 Whew! The title is a controversial one. Abortion is probably the most polarized issue out there, one which is ridden with divisiveness from both sides. Pro-life people are slandered as anti-women's rights and pro-choice people are called anti-life. The truth is that sex and abortion are very sensitive and personal issues. There's no clear cut solution. However it's very important to address this topic with honesty and maturity.

The first step towards finding a solution is to tackle the discourse with civility and rationality. Too often, reason is lost in the mayhem, as we all get heavily emotional and riled up while discussing abortion. This leads to a failure to understand the other side and lock ourselves up in echo chambers.

Now I'll admit that I don't have all the answers. But in order to arrive at the correct conclusion, we need to understand all perspectives and ask the right questions. This piece will play the devil's advocate for both sides, leaving the readers free to make up their own choice regarding which side they want to be on.

In no particular order, the main points raised by both sides are:

. People who don't have any idea of how women's bodies function shouldn't be making laws about them.

. Abortion should be available as a choice for women who have no other alternatives.

. The government shouldn't have the authority to legislate what a woman chooses to do with her body.

. Every woman should have the autonomy do decide what happens to her body.

. If the state is allowed to criminalise abortion, then they may try to take away other rights of women.

. In case of impending birth trauma or danger to the mother's life, she shouldn't be forced to carry her pregnancy to term.

. There's no issue in aborting a foetus since it's a clump of cells.

. If the mother isn't on good terms with her family, destitute and lacking in resources, she'll be unable to provide for her child or herself. In that case, she should have the right to terminate the pregnancy.

. In situations of abuse, trauma, violence and rape the woman shouldn't be made to give birth since such circumstances are beyond her control and will affect her future child.

If the mother doesn't want or isn't ready to have a child, it won't get the resources and care it needs to be healthy and thrive. In such a case it's better to terminate the foetus.

. Single mothers are often disowned by their family and looked down upon by the society. Their children experience a lot of hardships. In such cases, abortion is a better option for women.

. Giving up her child for adoption doesn't ensure that her child will lead a good life.

. Many industries and educational institutions are intolerant of expecting women, which makes abortion a necessity for women in these fields.

. A pregnant teenager can't be expected to be a parent. She doesn't have a choice apart from abortion.

. If the foetus is unhealthy or suffering from a fatal disease, it's more compassionate to terminate the pregnancy.

. The world will miss out on the potential of many great women who couldn't fulfil their dreams due to an unwanted pregnancy.

. Life begins at conception. By the time the mother finds out that she's expecting the body of the child would already be developed to a certain extent.

. Everyone, even the unborn deserves a chance to live.

. The government has the responsibility to protect the lives of all its citizens, including the unborn.

. It's not a potential life, but a life with potential. The world will miss out on a lot of worthy individuals because they were aborted.

. Stating that it's a baby if the mother wants it or it's a clump of cells if she doesn't is ideological, not scientific.

. The body of the foetus is different from the mother since it's ''INSIDE'' the mother's body, not her body.

. The life of a human being (Child) shouldn't depend on the mere convenience of a woman.

. Being pro-life means defending the right to life of one who can't speak for themselves, the unborn.

. Legalization and easy access to abortion cheapens the value and sanctity of human life itself.

. Accessible and acceptable abortions mean sex without consequences. This allows predatory and irresponsible men to exploit and take advantage of vulnerable women.

. Abortion on demand will worsen the problem of prostitution, rape and human trafficking.

. Historically abortion has been used to justify female foeticide and ethnic cleansing of communities of colour. And there have been many instances of history repeating itself, if not cautioned.

. With the advent of modern medicine and higher accessibility to healthcare facilities, high-risk pregnancy centres and natal development experts are available to women.

. There are plenty of external consultants, NGOs, experts and support groups available for mothers.

. Abortion is a traumatic procedure which 93% of women later regret. It also has drastic effects on physical and mental health, which is why it shouldn't be promoted.

. When a pregnant woman is killed, it's a brutal case of double homicide. The same rule should extend for abortion as well.

. Easy availability of abortion on demand will result in lower awareness, and the usage of abortion as contraception. This will harm women in the long run.

Apart from the arguments raised by the two sides, there are certain questions that are relevant to the abortion debate but aren't discussed frequently. Some of these questions are:

This was a summary of the general concerns raised by the two sides and the additional questions that I believe required introspection. But of course, there are many more than I could ever outline, so I encourage everyone to read up more about it, if they're interested.

Abortion isn't a black and white issue. Neither is it one to be taken lightly or misused for an agenda. Awareness, abstinence, family-planning, sex-education and nominally priced contraceptives can go a long way in preventing unintended pregnancies and therefore abortions. In order to come up with any actionable solutions regarding abortions, we need to understand the core and consider the subject with logic, empathy and compassion without judging women or their situations.

Madison Franz
The Narrative
1115137
Photo by Brooke Cagle on Unsplash

Madison Franz
The Narrative
653225
Photo by Manny Moreno on Unsplash