Your Brain On Keppra: The Humility That Comes With Epilepsy
Odyssey

Your Brain On Keppra: The Humility That Comes With Epilepsy

How a seizure disorder tempered my pride. 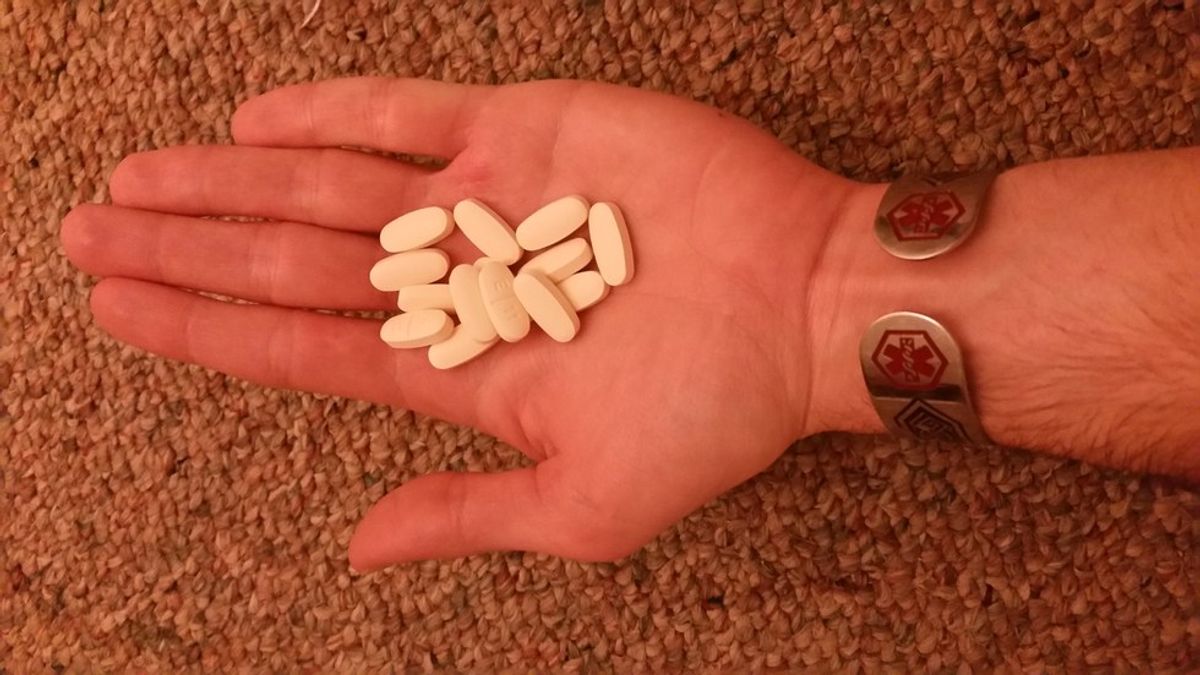 I don’t like to think of me as haughty.

There are, however, those who would disagree, and understandably so. Mouthy mavericks tend to come off as such. I definitely don’t think I’m better than other people, but I like having a jaunty, devil-may-care air about me.

So, naturally, my world comes crashing down when I wake up surrounded by doting people coddling me and putting sweatshirts under my head. My gut reaction is something like: “I don’t need coddling. I know where I am. I’m an independant individual.”

Their reaction is usually something along the lines of: “You’ve had a bit of a fall. The ambulance is on its way. You’re going to be all right.” By which they mean: “You nearly got a concussion, you idiot. You need people to take care of you. And if you don’t believe us, you’ve pissed yourself.”

I’ve had spells like this for about thirteen years. For a while, my family and I had no idea what caused them, but they were infrequent enough that we weren’t too concerned. The first time I lost bladder control, I was examined by a neurologist. After assorted scans and a blood test, the doctor declared there to be nothing wrong with me.

This was called into question a couple years later following more instances of passing out coupled with convulsions. This time they looked at the heart. Their conclusion: I have low blood pressure syncope. Solution is simple: eat more salt.

Naturally the doctors were baffled when I started passing out more regularly with more intense convulsions. Rather than once every couple of years, it was a few times per year. Finally, after a grand mal in the middle of my grandparents’ house on Boxing Day 2015, the investigation intensified.

I saw a different neurologist who looked at me somewhat differently than the previous one. When I went in for testing, I prayed for the perfect storm. I needed him to see whatever he needed to see so that he could help me.

In January of 2016 I was diagnosed with idiopathic partial complex epilepsy. I was handed a prescription for keppra and instructed to check in within the next six months.

Haughty fellow that I was, I kept it somewhat under tabs. I told a couple folks as needed, and returned to spring semester, where I procrastinated ordering a medic alert bracelet, and rarely wore it after I finally purchased one. As the semester got busier, I got somewhat sloppy in taking my medication.

Thus, I was rather flustered to find myself on the floor in the middle of my weekly Poker Night. The cat was out of the bag: friends and teammates were all around. I wasn’t in fit condition to do much of anything, so I was carted to the hospital.

A friend came and sat with me for a few hours. I’ve never been good with medical stuff, so he held my hand while the nurse gave me my medicine intravenously. I had to text a couple friends to let the band director know that I wouldn’t be at rehearsal: I’d had a seizure and was in the hospital. Eventually, the visiting friend had to leave, so two other friends drove through the snow, picked me up from the hospital, and took me to Taco Bell, because I hadn’t eaten in hours.

So, all at once, my weakness was broadcast to the world.

I realized that, for my own safety, I couldn’t just rely on me and my medication; I had to rely on other people.

So, a couple weeks later, I told my fellow members of the Wooster quidditch team about my condition and gave them some basic tips:

I couldn’t have asked for a better response: caring, but neither afraid nor coddling.

From there, I made a point to always take my medicine and wear my medic alert bracelet whenever I could. I was “out,” so to speak.

For a time I was frustrated by my epilepsy. I had plans for me. My plans that didn’t need people. I wanted to ride the Greyhound to cities I’d never been, to walk across the country, to kayak in the Pacific northwest.

Yet God finds the solitary wanderer and tells him and his mock independence: “People are gregarious creatures.”

So I started letting other people carry bits of my load, and I assumed some of theirs. The helping was normal, familiar. I can help other people; they just can't help me. The being helped part may have involved some kicking and screaming were I conscious.

So, in due time, I learned something I probably should have remembered from first grade: it's okay to get help from other people. In fact, it's encouraged.

Epilepsy isn’t going to keep me from hiking, dreaming, and wandering. It merely mandates an open invite. I’ve got to share my life. So, from here, I adventure not alone, but with my friends, my God, and my handful of elliptical tablets.