The Boys' Club of Late-Night Television

The Boys' Club of Late-Night Television 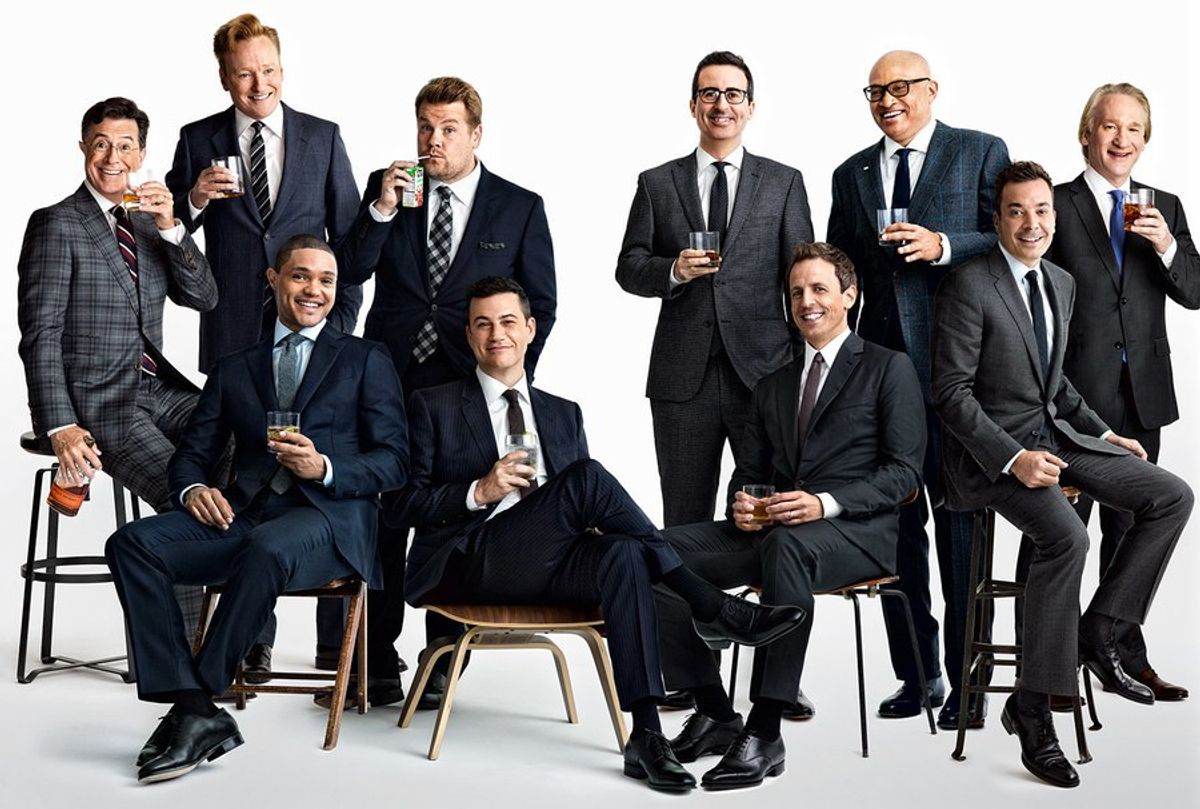 "Late-night comedy has seen a disorienting—some feared fragmenting—shuffle over the last two years as Jay Leno, David Letterman, and Jon Stewart gave up their chairs. But, writes David Kamp, a mix of new faces, shows, and platforms has only revitalized the format." -Vanity Fair

If it's not glaringly obvious from the photo, no women are represented in late-night comedy on big networks. While the article highlights a "disorienting...shuffle," it seems as if not much has changed. The past kings of late night just passed the baton to the next guy.

For years, comedy has been described as a "boy's club." The way Vanity Fair chose to portray the all-male hosts did not help their cause. The suits and scotch glasses scream "no girls allowed." A title that boasts late-night is "better than ever," seems to overlook the lack of gender diversity.

After the Vanity Fair article was published, people on Twitter had a lot to say:

"Vanity Fair piece on how awesome US late night television is. (Apparently women go to bed at 7 after cooking dinner.)" @TomEatonSA

"It's not called late-night television, I believe it's called a sausage fest." @feministabulous

That's not to say that the existing late-night hosts are not talented. The Tonight Show with Jimmy Fallon and John Oliver's Last Week Tonight are two personal favorites. But when something as influential to American culture as late-night television is 100 percent male and 80 percent white, there's a clear problem. Comedy is often used as social commentary and when women are not represented, their voices aren't being heard.

"What’s conspicuously missing from late-night, still, is women. How gobsmackingly insane is it that no TV network has had the common sense—and that’s all we’re talking about in 2015, not courage, bravery, or even decency—to hand over the reins of an existing late-night comedy program to a female person?" -Vanity Fair

In 2016, Chelsea Handler will have a show on Netflix and past Daily Show correspondent, Samantha Bee will be on TBS, but there is still a long way to go before we can achieve gender equality in late-night television.