The Bonnaroo Lineup Has Dropped, And Fans Can't Wait To Be Back On The Farm
Odyssey

The Bonnaroo Lineup Has Dropped, And Fans Can't Wait To Be Back On The Farm

Only five months until the best four days of the entire year. 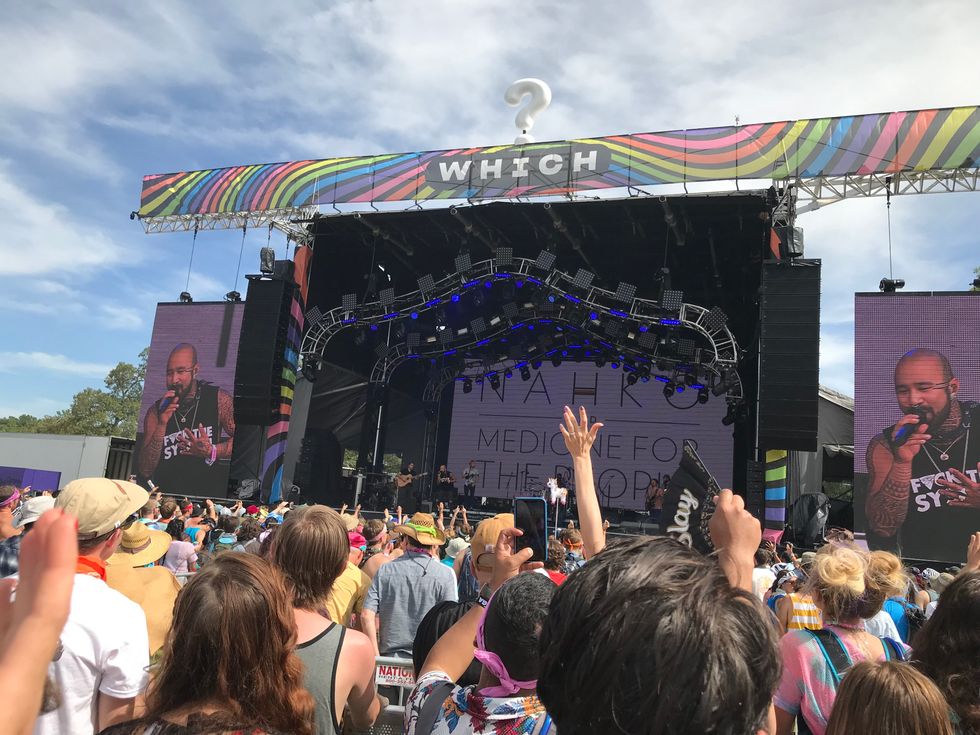 As of early Tuesday morning, the Bonnaroo Music and Arts Festival dropped the lineup of artists performing at the festival taking place on June 11-14 this year. The overwhelming amount of positive feedback has fans excited to make the trip back to Manchester, Tennessee.

The lineup can be seen on social media platforms such as Instagram and Twitter, and it is also posted on the official Bonnaroo website for fans to view.

Bonnaroo, a four-day music and arts festival, attracts festival goers from all over the country to gather on a 700-acre farm while celebrating life, art, and one another. Thousands of people attend the festival each year for an unforgettable experience that you can't get at any other music festival.

Bonnaroo debuted its very first music festival in 2002, and the popularity has increased ever since then. In 2015, the attendance at Bonnaroo was over 80,000 people, which was its highest attendance to date.

Artists such as Lizzo and Tool are two of this year's biggest headliners, as well as Miley Cyrus and Flume.

Other artists featured in the lineup include Young The Giant, The Band Camino, Lana Del Rey, and many more.

Many artists return to Bonnaroo several years after their first performance at the festival, claiming their nicknames as Bonnaroo veterans. Several veterans include Bassnectar and Tame Impala.

Last year, artists such as Post Malone, Childish Gambino, Odesza, and The Lumineers headlined at Bonnaroo, making for an incredible four days of performances.

Perhaps one of the most unique aspects of Bonnaroo is the convenient campground, which happens to be a home for the majority of festival-goers over the four-day period.

Though the lineup has Bonnaroo fans more than excited to get to The Farm, Bonnaroo has also been known to add a few surprise performers to the lineup when it comes closer to the date of the festival.

Bonnaroo will also post the official performance times for each artist at a closer date as well so that festival-goers can organize their schedules with friends and plan to see their favorite artists on the correct day and time.

Tickets for the music festival will go on sale on Thursday at noon, guaranteeing a quick sellout due to the excitement of awaiting Bonnaroo fans. Car camping passes, parking passes, and RV passes will also be available to the public on Thursday morning, which are essential to a successful Bonnaroo experience.

Bonnaroo is nothing short of unforgettable.

Fans undergo once in a lifetime moments compiled all into one weekend in the middle of June. Those moments transform into familiar feelings that fans desire to encounter, again and again, a large reason why they return to Bonnaroo year after year.

Simply put, Bonnaroo cannot be compared or even described until it is experienced.

It is not just a music festival, but a way of life. Bonnaroovians learn the importance of radiating positivity once they arrive at the festival, and the phrase carries on with them well beyond the festival.

Get your tickets now while they last, because Bonnaroo is guaranteed to make some noise in 2020.