This album is absolutely revolutionary. 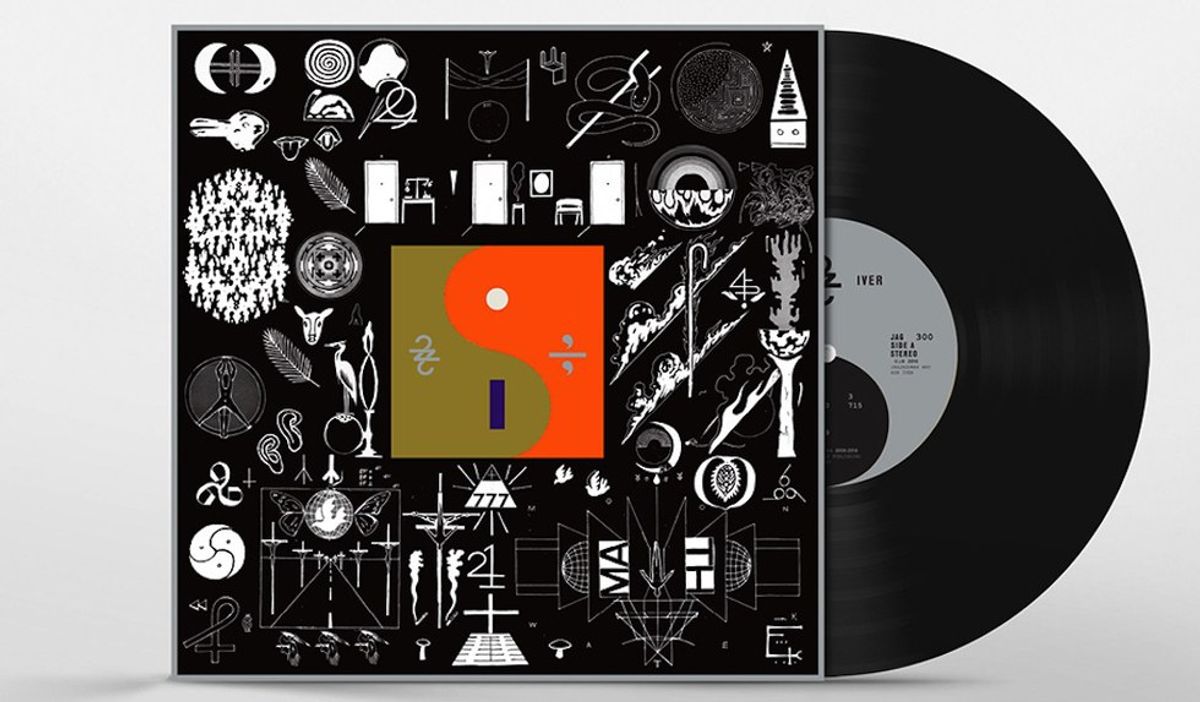 If you haven't heard of Bon Iver himself, you have likely heard some version of his song, "Skinny Love." Musical artists such as Birdy and Ed Sheeran have both covered the song, creating their own renditions of the tune and music of the melancholy melody. "Skinny Love," a timeless classic Bon Iver song, came out in 2008 on his album, For Emma, Forever Ago, and his later 2011 self-titled album featured similar sounds, beautifully tragic acoustic indie-folk instrumentals coupled with heartbreaking lyrics and the artist's wispy falsetto-esque vocals. However, the artist's new album is revolutionary in the artist's sound, and will likely be revolutionary to the indie-folk scene.

I have been waiting for another Bon Iver album since 2011, while at the same time never growing weary of his old music and the feelings that many of his songs manufacture. The sentiments and beautiful symphony of notions that the artist implies are rich in stories of love and loss, and each song implyies a different mood or vibe. When I heard James Blake and Bon Iver's song "I Need a Forest Fire," I must wholeheartedly admit it made me stoked for the artist's new album.

Bon Iver's new album, 22, A Million, which debuted just a few days ago, is unlike anything I have ever heard before. As an avid music listener, I have exposed my eardrums to just about everything there is to listen to, and I have yet to hear anything like this album. The sound of the album is absolutely insurgent, with music that flows from his nostalgic folk vibes to a new techno-electric, bass-infused symphony of a wailing providence of mankind.

The underlying beats of the music are peculiar in nature, yet simultaneously intriguing, specifically in the song "33 'GOD,'" a song that changes the beat and the overall scope of the sound about three times, introducing a mechanic nostalgic folk sound throughout. As the sounds of the song swell and surge, the listener is left with an incredible sense of wonder and curiosity in the potential of what music could be, and the beauty of what it may sound like if the rules are broken and the soul is allowed to express its sentiment, just as it should be.

22, A Million expresses, without a doubt, a rebellion of music and sounds. The artist's music beautifully contradicts any standards of sound that society holds, specifically in regards to indie-folk, indie-pop, techno-electric nostalgic 80s pop, and mainstream top 40 in a strange combination of synth, voice, vocal alteration, acoustic instruments, and beats. It is absolutely revolutinary in its music and sentiment, and well worth the listen.

In fact, here's the link: https://open.spotify.com/album/1PgfRdl3lPyACfUGH4p...

Glorie Martinez
3809
Why I Write On Odyssey