'Blue Velvet,' A Subversion Of The '80s Teen Movie
Odyssey

'Blue Velvet,' A Subversion Of The '80s Teen Movie

David Lynch's noir is a cautionary tale to the ordinary world, showing that the world is stranger than it seems. 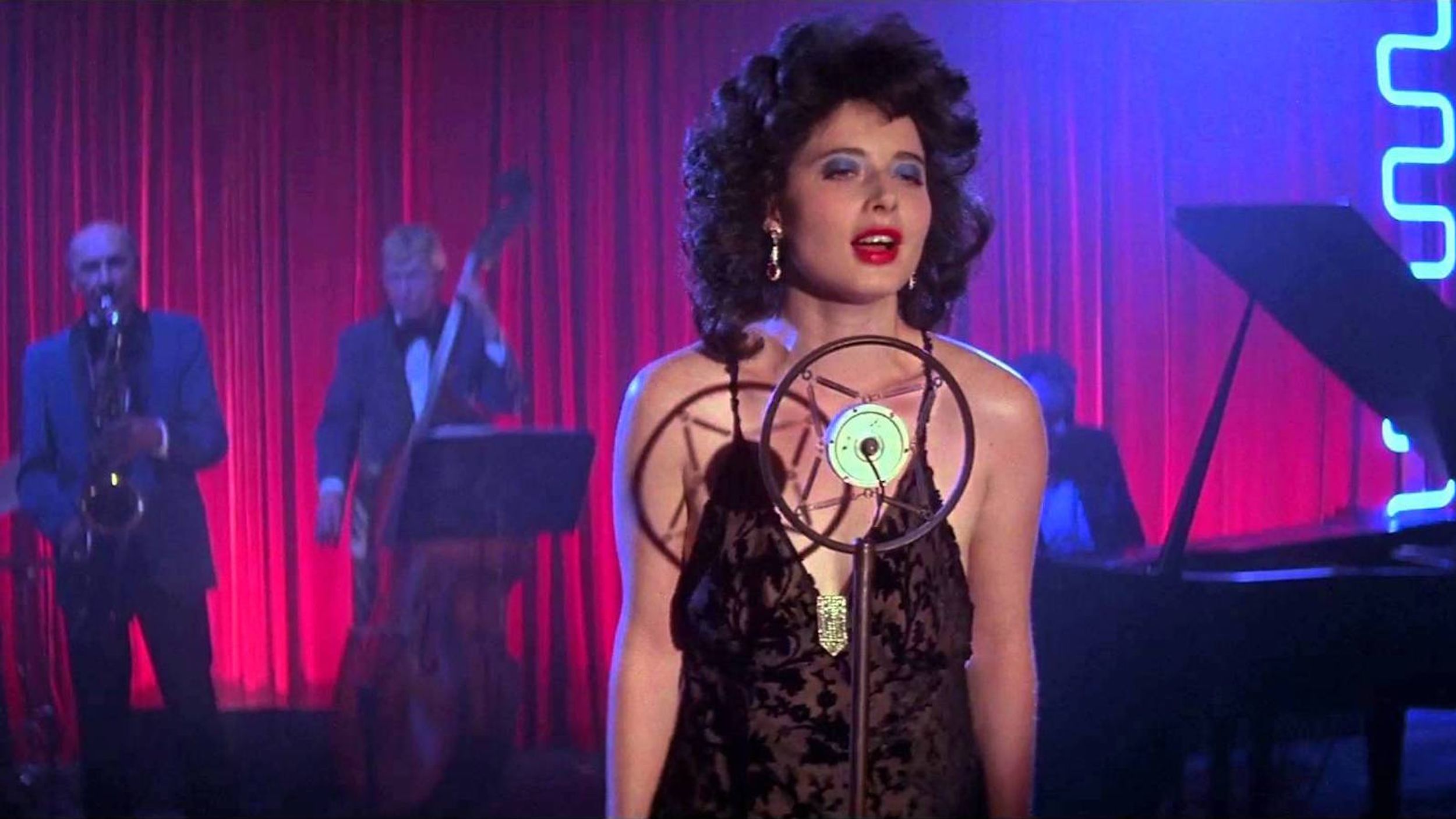 The '80s were a very uninventive time for cinema. The rise of blockbuster had weeded the auteurs out of the system, so much so that only a few were left. Of them, there included Martin Scorsese, Stanley Kubrick, and David Lynch. David Lynch's fourth film, "Blue Velvet," was released in 1986. A year earlier, "The Breakfast Club" was the epitome of the American teen zeitgeist. It did not have the time travel of "Back To The Future" or the lasso-whipping "Raiders Of The Lost Ark." It took place in a modern day high school; yet, it still had archetypal characters and a Karla DeVito soundtrack (because The Smiths would be just too depressing). This film was the thing in the 80s, but why is that? It's the movie every millennial is shown by their parents, interspersed by the occasional "now, that was what high school was like when I was your age."

If there's one thing to know about David Lynch, it's that he is all about subversion. He subverted the idea of parenting in "Eraserhead" and he would come to subvert the LA fantasy in "Mulholland Drive." However, what separates "Blue Velvet "from the other two is something that makes works like "The Great Gatsby" and "The Catcher In The Rye "some of the greatest art of the 20th century: they subverted a piece of culture out of the very time period they were released in. For "Blue Velvet," it was the '80s teen movie.

After his father suffers a stroke, recent high school grad Jeffrey Beaumont (Kyle MachLachlin) comes back home to manage the family hardware store in the quaint, little town of Lumberton, North Carolina. The Lumberton has a creepily idealistic landscape. Over the tunes of Bobby Vinton's "Blue Velvet," we are shown a fireman warmly waving, children crossing an empty road, and a radio jingle that goes "At the sound of the falling tree," just as the sound of falling tree ensues, "it's nine-thirty!" The town is so quaint, in fact, that the only crime shown is the image of a gun shown within the safe confines of a TV screen.

Jeffrey is very bored in Lumberton; so bored, in fact, that it's his curiosity that gets the story started. On the walk back form visiting his father at the hospital, Jeffrey sees an abandoned shed and feels compelled to throw pebbles in it. In conquest for the third pebble, Jeffrey discovers a severed human ear. He puts the ear in a paper bag and hands it to the town detective and Jeffrey's neighbor, John Williams (George Dickerson) as evidence. A night later, the still-curious Jeff goes on a late-night walk to the Williams household to check up on the investigation. Williams discloses that there's a real story here, but, as a detective, he can't give away the details. "Must be great," Jeffrey says, in his morbidly curious state. "It's horrible, too," Williams counters.

It's on the same walk back that Jeffrey crosses paths with Sandy (Laura Dern), Detective Williams' daughter and the obvious "girl next door" type. Her name beckons Olivia Newton John's character in "Grease," and it turns out that Brat Pack royalty and "Breakfast Club" star Molly Ringwald was Lynch's first choice for the role of Sandy. Jeffrey and Sandy's chemistry is of sheer novelty. Jeffrey indulges her about the kid who lived next door who had a big tongue, and he demonstrates to her the "chicken walk." Surely, Lynch's sedated dialogue can be misconstrued for the innocence that comes from an 80s teen film.

This is why the character of Sandy represents the "ordinary world" of "Blue Velvet." She is trapped in the uneventful, so much so that the only problem she has is the jealousy of her quarterback Mike (Ken Stovitz, given the vaguely appropriate character name) when he sees Jeffrey picking up Sandy after school. It is this boredom that spurns Jeffrey and Sandy to investigate the mystery of the missing ear.

After a failed attempt in which Jeffrey impersonated a pest control worker, Jeffrey vows to break into the apartment of Dorothy Valance (Isabella Rosselini) after he steals her spare key. After Dorothy arrives at her apartment unexpectedly mid-break in, Jeffrey is relegated to hiding in her closet. There, he witnesses the arrival of a mysterious man named Frank Booth (Dennis Hopper) who abuses Dorothy. Frank and his men have Dorothy trapped and her son captured, only to be seen again in short, supervised visits.

This is why the character of Dorothy represents the "strange world" aspect of "Blue Velvet." She is trapped in the underground crime that seeps under the grass of the US. She is in the inside-looking-out, and she'd do whatever she could to be in the position of someone like Sandy. The reason why Dorothy loves singing "Blue Velvet" in The Slow Club every week is that the song is the quixotic pop kitsch that reminds her of a simpler life. The name "Dorothy" beckons Judy Garland's character in "The Wizard Of Oz", a film in which curiosity gets the best of a character that later learns that "there's no place like home." It's interesting to note that Lynch's contemporary, Stanley Kubrick, deals with a similar theme in his final film "Eyes Wide Shut," a film that also makes discreet references to the L. Frank Baum adaptation.

These two characters, Sandy and Dorothy, represent the torn nature of Jeffrey; he is certainly on the outside, but he wants to be on the inside--until he sees Frank, of course, the evil of the inside (by the way, this film and "Donnie Darko" make "Frank" the scariest villain name ever.) Jeffrey sees all of this through a closet blind, a voyeuristic achievement on the scale of "Rear Window," and it is through just seeing this happen that he instantly wants to go back to the ordinary world. The character of Jeffrey is the point-of-view character, here (not too far off from "Gatsby"'s Nick Carraway.) Seeing only low-stakes teen movies has made the viewer bored, and curiosity needs to be pursued. However, it is through simply watching the strange world that one sees the virtues of the ordinary world.

Lynch uses this to demonstrate the power of art. My Shakespeare professor would say "we like violence in theater because it's not real." This is because it's amicably exclusive; we don't have to experience it in real life. This exposure can quell our curiosity, and Jeffrey is a cautionary tale of someone who could have had the same if he had stayed and watched violent TV with his grandmothers. Instead, he went out for "a walk around the neighborhood," and the grandmothers stayed safe and content.

Lynch does not criticize 80s teen films in "Blue Velvet." In fact, qualities of those films make for the best scenes in this one. Sandy's "dream of robins" monologue would be the scene that wins Laura Dern an Oscar in a parallel universe. On the other hand, this film is a one of caution to the ordinary. The last scene takes place in Jeffrey's house; a bird perches on a window with a beetle in its mouth. "It's a strange world; isn't it?" Sandy muses, looking lovingly into Jeffrey's eyes. As we see final images of flowers, the fireman, and Dorthy reunited with her son, we can agree that the world is strange, but it's a beautiful one, too.